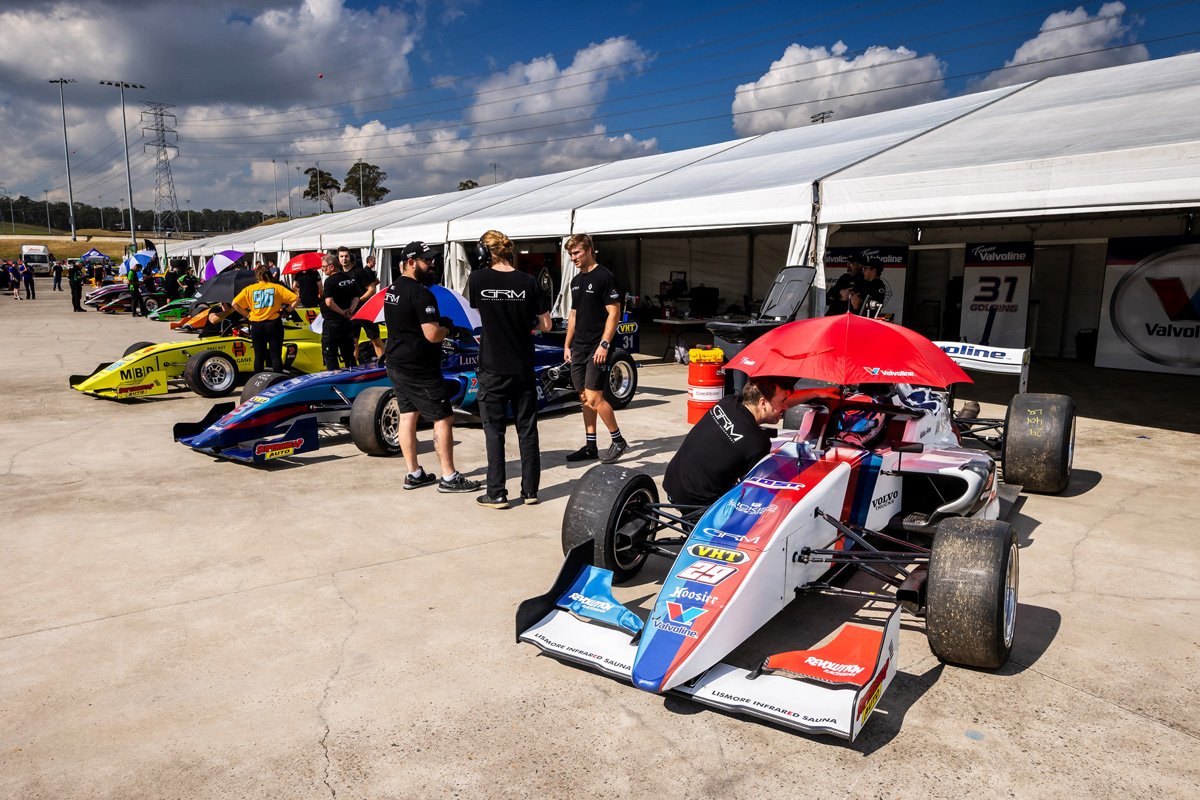 Two S5000 Australian Drivers’ Championship teams are planning to grow their programmes for the 2021/22 season.

Either 10 or 11 cars were on the grid at each of the four rounds that made up the inaugural campaign.

That number could swell for a bigger and better second season, which will comprise seven events starting with Sandown in September.

Tim Macrow has already spoken of the pride he took in taking his eponymous team to title contention – ultimately finishing third behind Joey Mawson and Thomas Randle – and is keen to run with a team-mate next season.

“I’m hoping for the next championship we can find a good second young driver to put in the car and run a couple of cars,” Macrow told Speedcafe.com.

“I think it’s very beneficial to have more than just one car in a team.”

He’s sure others are in a similar boat, having sat back and seen “how the lay of the land lies” in the 2021 championship.

“I think a few more cars will come online at the end of the year,” Macrow added.

“It’s pretty exciting for the category and for ARG [category owner Australian Racing Group] as a whole.”

Albert Callagher, who is behind 88 Racing, is another to have flagged interest.

The privateer team fielded a single entry in 2021 for teen Cooper Webster, and ran Jordan Boys and Lachlan Mineeff in a recent test at Sydney Motorsport Park.

“Our budget is as follows: we’ll spend within our means and if we can afford to buy a second car, we’ll buy it with or without someone to run it,” Callagher told Speedcafe.com.

“The first objective is to pay off the existing car, which I’m hoping to do in the next few weeks and get a semi, just build infrastructure.

“We’ll end up with a second car, whether it’s this season or next season, we’ll definitely have a semi-trailer, two cars and a bunch of parts to fix both cars.”

Callagher was satisfied with how his and Webster’s first campaign played out.

“Overall, I would have thought for a backyard crew, for a guy that has been out of racing for 23 years and a few karting guys and uni guys and no one gets paid and we’re all just having fun, I thought we did pretty good,” he said.