Anton De Pasquale believes the absence of Friday practice has been a hindrance in his efforts to get up to speed with the Shell V-Power Racing Team.

After a three-year spell at Erebus Motorsport, De Pasquale made the move across to Dick Johnson Racing where he joined fellow recruit Will Davison.

The lion’s share of SuperSprint events in this year’s Repco Supercars Championship have been limited to two-dayers.

That’s seen practice moved from Friday to Saturday morning, resulting in a shorter lead-in to qualifying and the afternoon’s first race.

While his performance hasn’t wavered drastically from day to day, De Pasquale believes the inability to “sleep on” information gained on Friday practice has been a factor.

“Friday practice is good. You get to do a couple of things. You get to sleep on it and come back at it. Saturday to Sunday we’re making a big step forward, which is just me understanding the car.

“That’s all part of the learning process. Every week we’re getting stronger, myself and Will. We’re working well as a team. It’s a cool atmosphere and a cool environment to be in.” 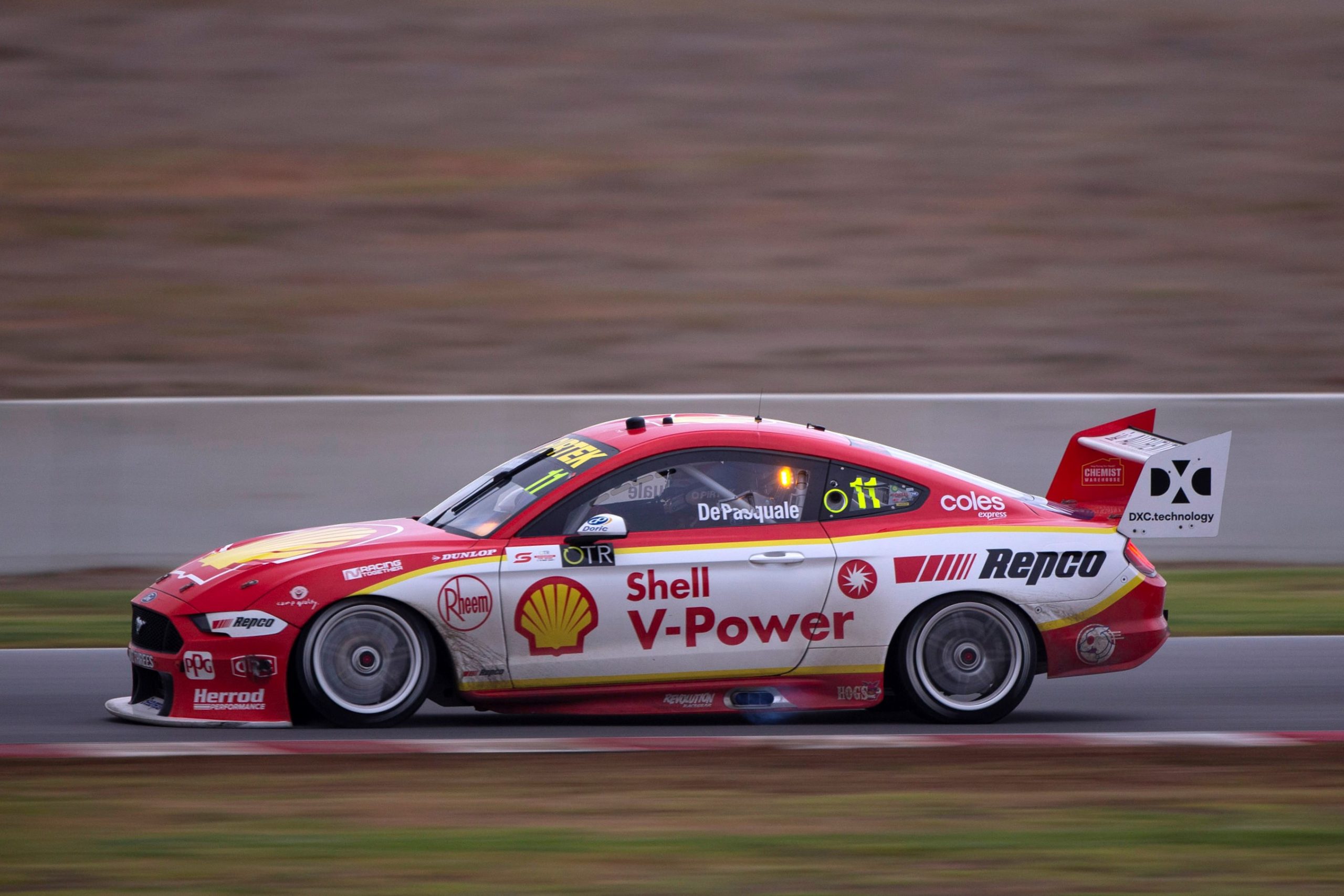 De Pasquale made an improvement from Saturday to Sunday at the most recent round of the championship at The Bend Motorsport Park.

Victory came in Race 10 but he then suffered an engine issue and subsequent DNF while leading Race 11.

Nevertheless, De Pasquale was upbeat about one of the best weekends of his Supercars career to date.

“It’s still my most successful weekend in a race car, maybe not for total points because I had a DNF there,” he explained.

“We rolled out on Saturday and maximised that day with a trophy, worked at it all night and I focused on what I could do to make the car do what it needed to do and looked at the stuff they had done previously with Scotty [McLaughlin].

“The guys gave me an amazing car and overall we still should be happy.”

While the lack of Friday practice has been a challenge at times, De Pasquale said he has enjoyed a newfound challenge and new environment.

“That’s part of the fun, we’re racing against guys that have been within their team for a little while and we’re going to a team that’s very successful,” he explained.

“We know we’ve got the tools to do it, we’ve just got to make it line up. We’re starting to do that. We’re consistently up the front now.

“We’ve been in podium contention every race for the last two rounds. That’s pretty encouraging in itself. You know you’re going to roll on track and the guys are going to give it everything they can. It’s really fun to be a part of.

“It’s like anything. You move jobs. You change relationships. It’s always a process of learning and understanding. We’re surrounded by the best guys so that process is getting sped up.”