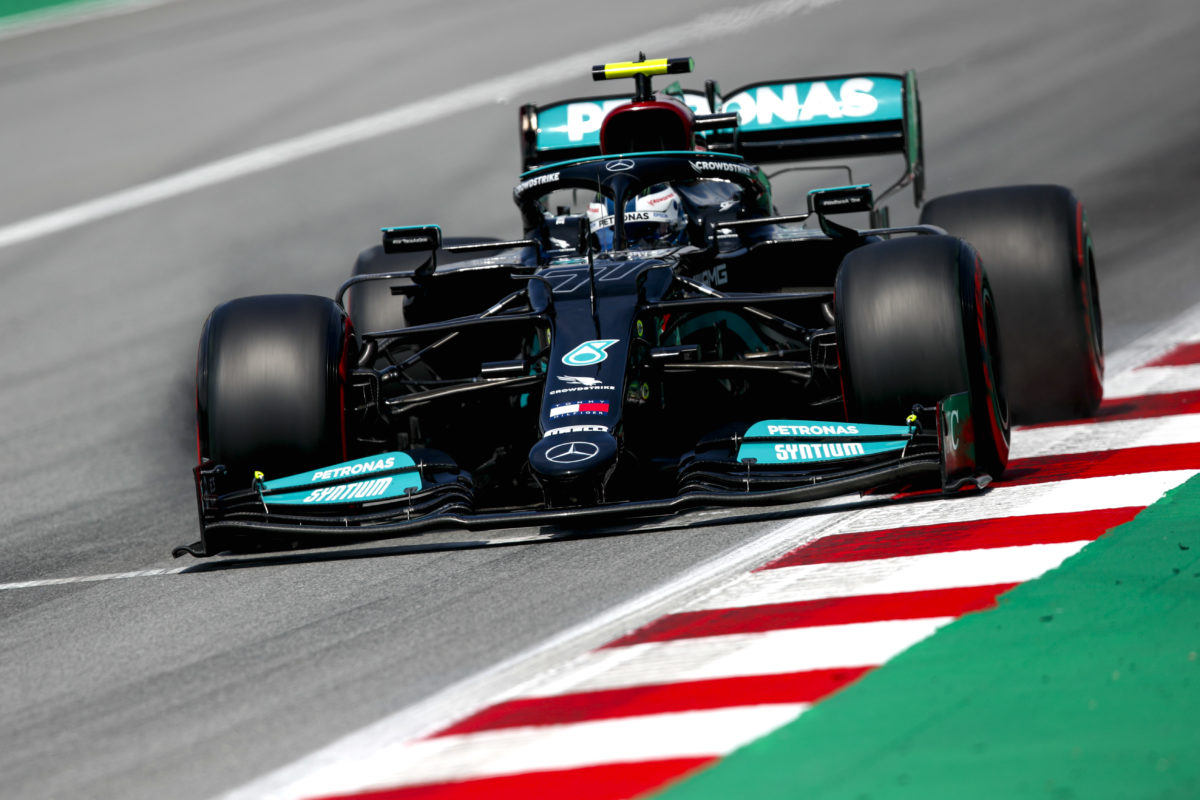 Valtteri Bottas has not ruled out challenging for the 2021 Formula 1 world championship.

The Mercedes driver currently sits third in the standings with 47 points, after the first four races of the season.

With 19 further races scheduled, there’s a maximum of 494 points still on offer to any one driver this season.

“I’m definitely not giving up on the goal for this year,” Bottas said.

“And I always believe that hard work will pay off, so I’ll keep working hard and keep believing.

“I know that the results will come and it will pay off.”

Ahead of the Spanish GP, Bottas played down the chances of team orders being introduced this early in the season.

“I’m not worried to be honest,” he said on the Thursday prior to the event.

“I know there’s a bit of a gap now, but it’s super early days.

“For me, there’s no point starting to think about that.”

During the race, he was duly asked to move aside en route to finishing third.

The incident came when Mercedes switched Hamilton to a two-stop strategy, dropping him behind the sister car and forcing him to race his way to the front.

As Hamilton did so, a request from the pit wall to Bottas asked that he not hold up his team-mate.

The Finn was less than responsive to the request, and ultimately Hamilton was forced to complete a racing overtake into Turn 10.

“The thing was, at that time, I was trying to get Charles off my pit window so I could stop again and try and be ahead of him,” Bottas reasoned post-race.

“I was really conscious that I didn’t want to lose too much time, and I was really focusing on my race so it was about balancing things.

“As a racing driver, you prioritise yourself, your race, because that’s what we do but also we work as a team, so you don’t want to ruin the win for the team if that is possible; if it is not possible for you,” he added.

“So I tried to do the best thing I could for us as a team and for myself.”

Hamilton added that he was unaware that a request had been made of Bottas to move aside.

“I was like ‘we’re racing’ and that’s totally fine for me, particularly early on in this part of the season,” he said.

“In my mind I was ‘so I’ve got to get close and hope for an overtake’ but then obviously when we went into Turn 10, we were on massively different strategies so I was going to get him at some stage because I had much better tyres.

“Sometimes we’re in that position where you’ve got to put the team first, and getting a second and a third is good but getting a first is obviously max points and that’s key.”