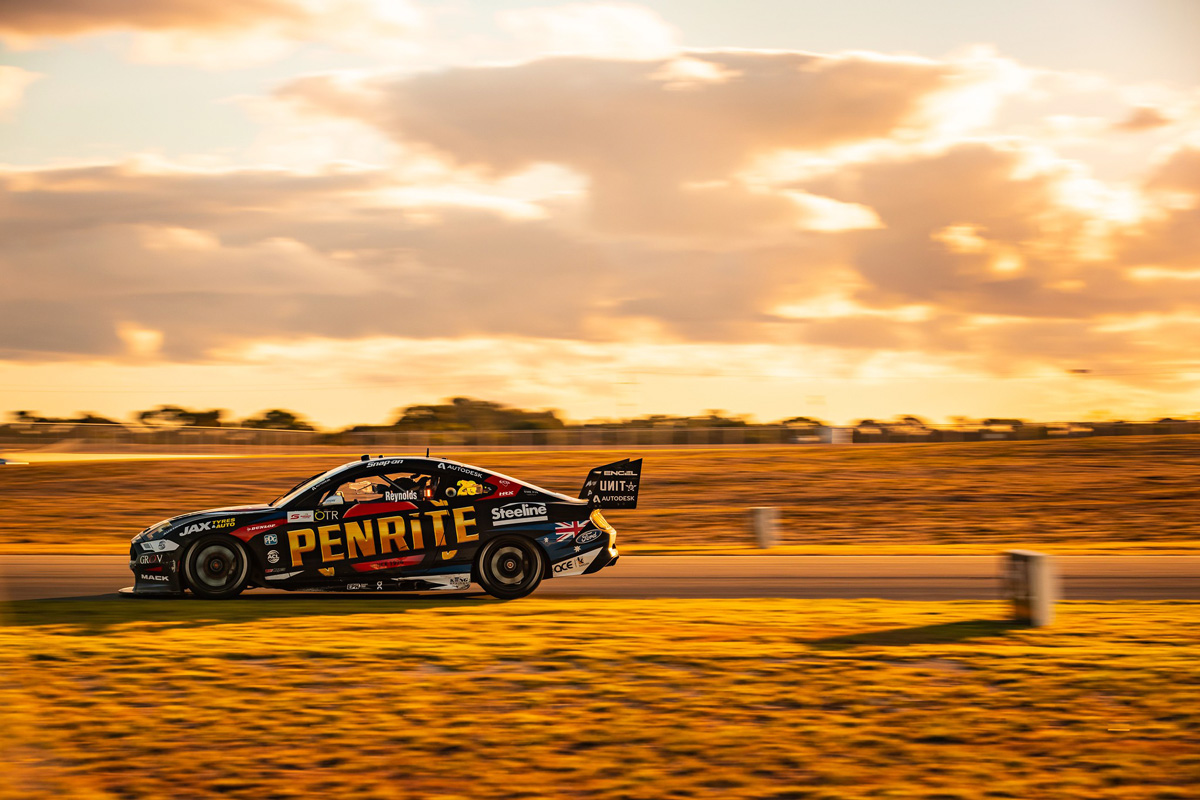 The #26 Mustang of David Reynolds

While it was a breakthrough weekend for the other side of the Kelly Grove Racing garage, The Bend Motorsport Park provided little individual joy for David Reynolds.

The 2017 Bathurst 1000 winner made no secret of his delight at seeing Andre Heimgartner nab his first Repco Supercars Championship race win on Saturday – a result that brought tears to the eyes of KGR staff members.

But there’s no hiding from the fact it was a far less successful event for the #26 Penrite Mustang.

Reynolds was a non-finisher in the first leg at The Bend, took 22nd in the middle race, and 12th in the finale; those results dropping him from seventh to 13th in the championship.

His opening two races were affected by contact, Reynolds accepting blame for race-ending contact with Tim Slade in the first, and he was an innocent victim of the Lap 1 melee in the second.

He’s not looking to wipe the round from memory, though, as the Winton SuperSprint awaits on May 29-30.

“I can’t forget about it because it hangs over your head until you race again next,” Reynolds told Speedcafe.com.

“So we have just got to learn how to get the most out of every day.

“I’m disappointed with my results… it’s the best car I have probably had here and I just haven’t been able to get a result out of it – two DNFs really, so it was pretty average.

“It was just horrible.”

A test day at Winton next week should aid that learning process. Reynolds congratulates Andre Heimgartner on his victory at The Bend

“The car was good in practice and then we ran a few different set-ups and maybe we picked the wrong set-up for each day, I don’t know,” he continued.

“We have got a lot of things to try to understand. I love working with these guys, they’re easy, fun people.

“Al [McVean, race engineer] is a brilliant, smart bloke, it’s just not gelling for us yet.

“It all starts in qualifying: Andre qualified on pole and won the race.

“If you don’t qualify well, you get stuck with people that do silly things and play stupid games and win stupid prizes.”

Reiterating his enjoyment in seeing Heimgartner’s victory, Reynolds added: “I’m so happy for Andre. I’ve known him for a long time, he’s been in the sport for a long time.

“For him to win like he did in that fashion is amazing, like he just had a perfect day and I wouldn’t want anyone else to have a better day.

“I was happy to see him do so well because I have known him so long, he tries so hard, and finally for it to come off, in that fashion, I was just smiling for him.”

KGR is currently sixth in the teams’ championship, an improvement of three positions on its 2020 result.