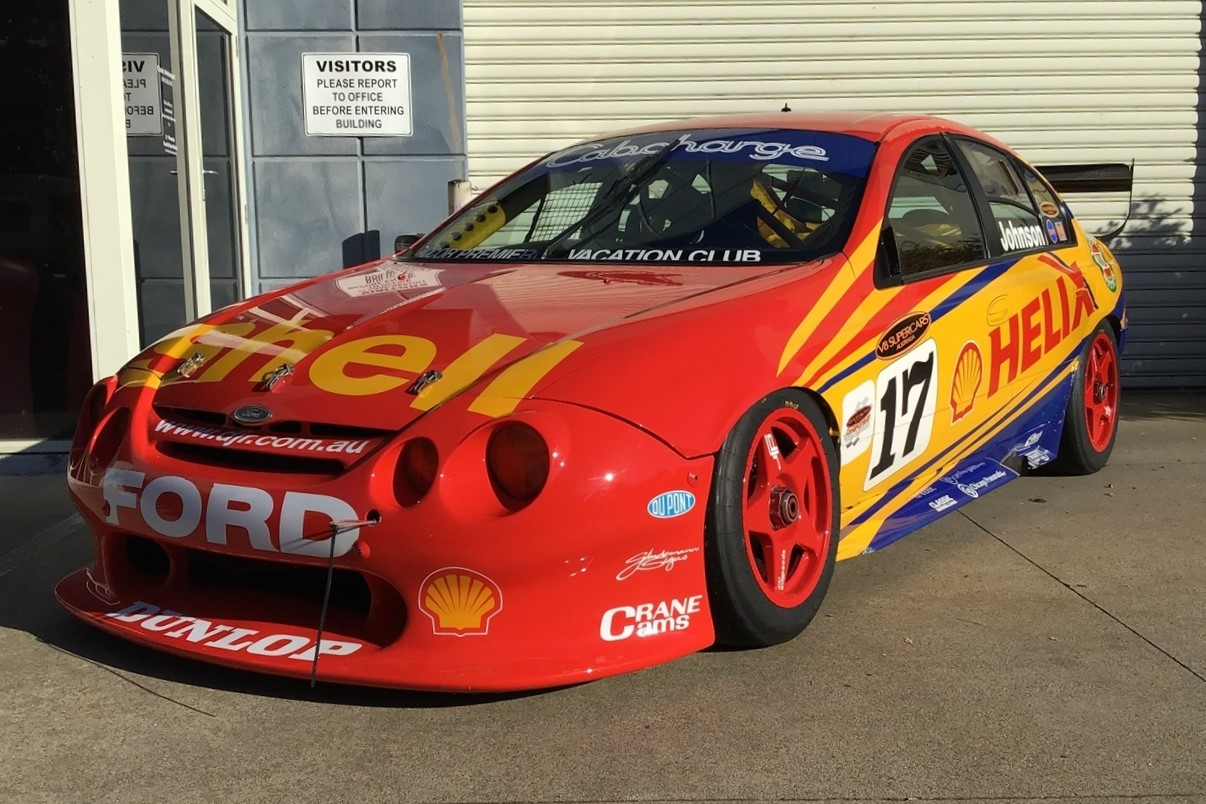 The Ford AU Falcon that Steven Johnson and Paul Radisich famously took to victory in the 2001 Queensland 500 is up for sale.

The car, also known as ‘Delilah’, is most well known for the Queensland 500 win which ended in controversial circumstances.

Of the 161-lap distance, 156 laps were counted after heavy rain struck Queensland Raceway.

Russell Ingall and Larry Perkins duly took the lead in the Perkins Engineering #11 Holden VX Commodore. However, with the race red flagged, the results were wound back to Lap 156, resulting in a 0.94s win for Johnson and Radisich.

Iconic scenes followed after the race was called to a premature end, with fans storming the circuit to congratulate Radisich who lay stranded in the gravel trap.

Images of a shirtless fan waving his top above his head have become an iconic moment in Supercars history.

The car was retired at the end of 2002 and went on display in the Dick Johnson Racing museum.

It was later purchased by David Bowden but remained on display. Chris Stillwell currently owns the car, which has remained in its original running condition.

The car is currently located in Rowville, Victoria.