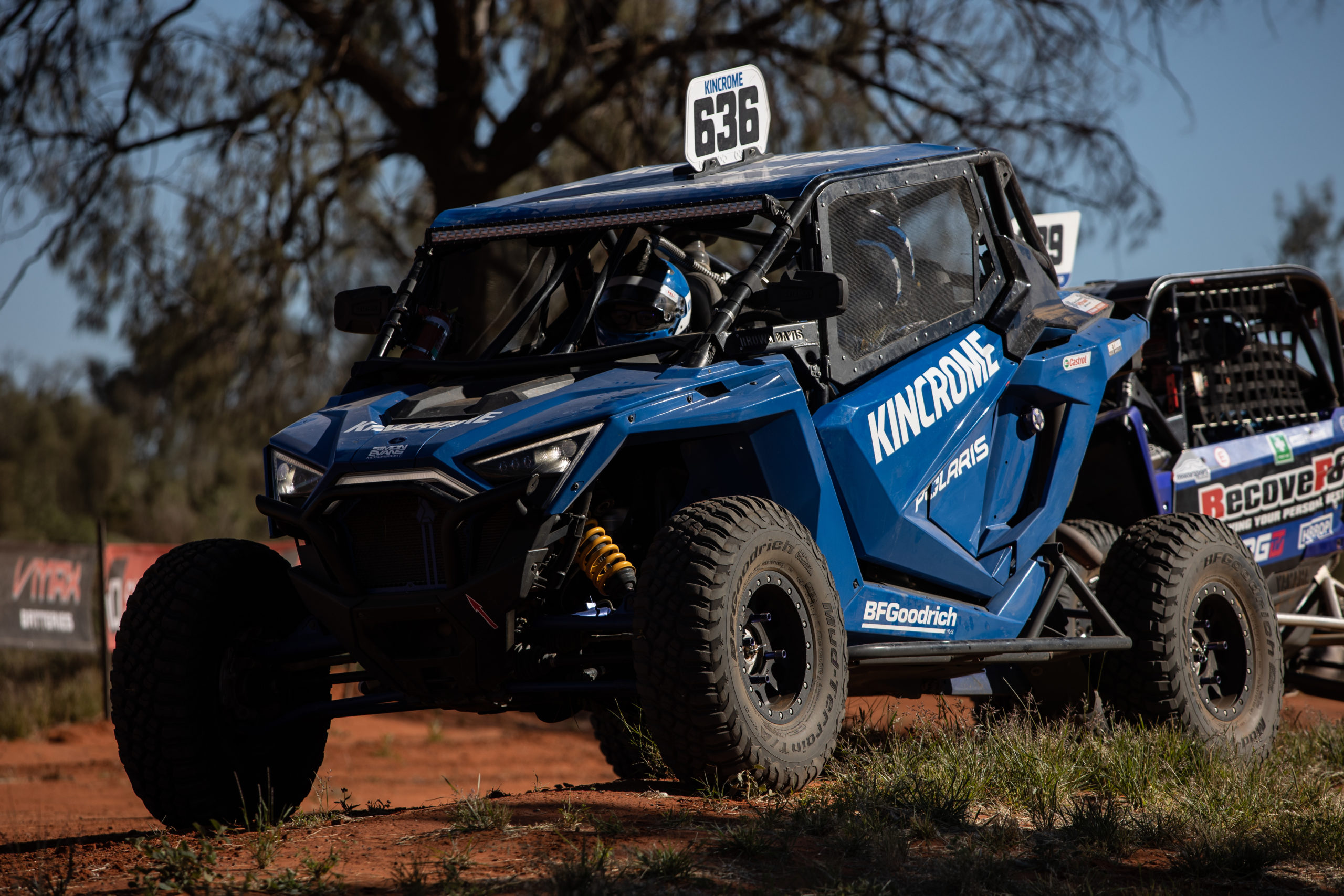 Jackson Evans will be back in a two-seater Polaris this weekend.

Defending series champion Jackson Evans has built a new two-seater Polaris for round three of the Kincrome SXS Motorsport Australia Championship at Kooralbyn in South-East Queensland on Saturday.

After battling for speed in his heavier four-seat machine at the first two rounds, Evans will take the covers off a new Kincrome Racing two-seater as he targets the championship lead.

Evans is currently second equal in the championship chase with his father Simon after the opening two rounds in Rainbow, Victoria and Alice Springs in the Northern Territory.

He is anticipating a smoother, faster, layout at the new South-East Queensland venue will also suit his new car which will carry a lot of the Pro XP running gear from his four-seater, but will be almost 400kg lighter.

Ironically, Simon made the move to the two-seater at Alice Springs with some positive results.

“While we had good speed at the last round, we really did lack the drive out of the corners with the bigger car and that’s why we have decided to build a two-seater for the Queensland round of the championship,” said Jackson.

“We will have a little less horsepower with the new car, but we will be almost 400kg lighter and that should make a hell of a difference if the track is as smooth and fast as we think it will be.

“This will also allow us to have one less event on the four-seater car before we head to the Finke Desert Race where we will run the Kincrome colours for the first time next month.

“We had a very solid round at Alice Springs, but we were a victim of the timing issues and the adjustments made.

“We need to put that behind us and ensure we make use of every second to become accustomed to the new track at Kooralbyn which looks like a heap of fun.

“We have got access to as much video as we can get our hands on to try and give ourselves a bit of a head start and believe the move to the two-seater is the right move.”

Timing malfunctions at the Alice Springs round meant the original results had to be readjusted and new championship points allocated.

As a result, the title fight is one of the closest seen in the recent history of the SXS championship.

Trevor Finck from Beaconsfield in Victoria and Stephen Henry from Burleigh Heads on the Gold Coast share the championship lead on 194 points, but the Kincome Racing father and son duo of Jackson and Simon Evans are breathing down their necks on 188 points apiece.

Kincrome-backed privateer Chris Collins sits an impressive fifth on 182, 12 ahead of Matthew Keene on 170.

The third member of the Evans family, Eden, sits an impressive seventh outright on 166 points after class podiums in the opening two rounds.

Entry to the event, which is being hosted by the South East Queensland Off Road Racing Association, is free for spectators with The Compound located at 132 Brooks Drive, Kooralbyn, Queensland – about 90km west of the Gold Coast. Camping is also available at the venue.