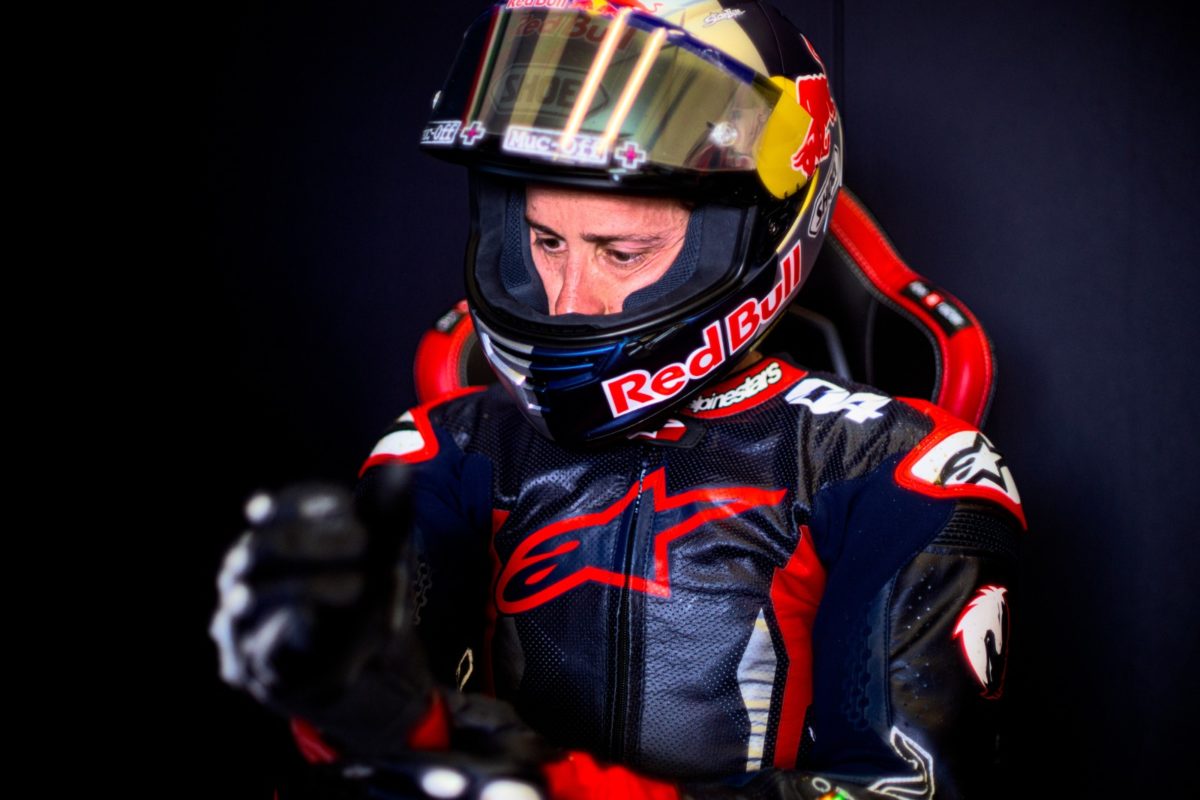 Andrea Dovizioso has played down the chances of him undertaking wildcard starts for Aprilia despite the possibility of a third test on its MotoGP bike.

Dovizioso has now completed two tests with the Noale manufacturer, having just wrapped up a two-day outing at Mugello after riding at Jerez during the MotoE test last month.

The Italian spent the eight seasons to the end of 2020 with the Ducati Team but is currently on a sabbatical from racing.

His tests with Aprilia have been a series of one-offs thus far, but there have been suggestions that the relationship might lead to a grand prix start or even taking over Lorenzo Savadori’s seat.

Dovizioso’s latest mileage, however, was mostly conducted in wet conditions, and the 15-time premier class race winner suggested a wildcard is unlikely at this point in time.

“About the race, I don’t think it’s important to speak about racing because it wasn’t in the plan for me at the moment,” he said.

“I couldn’t still push with this bike, so my feeling is there’s no reason at this moment to think about racing.

“And we will see. Maybe I will have a chance to do some other tests, but we have to speak about that.”

Dovizioso has not ruled out the potential for another test, although he also claims that there is nothing concrete in that regard either.

“Still, we didn’t speak about that because our plan was to do these two tests,” he explained.

“I was clear from the beginning, and it was the truth. I wanted to do two tests and this is what happened.

“After this, we will speak about that and the future.”

The 35-year-old was also relaxed about whether his ‘sabbatical’ will indeed precipitate a return to racing in 2022.

“I’m living my life in this moment day by day, so I don’t have any stress about that because if there would be a good situation for me I will take it,” he responded when questioned about the notion of competing for Aprilia next year.

“I don’t know about my future; I think still it’s not the moment to speak about the future.

“I’m quite happy, I have more time to do some other things than what I did for the last 19 years, and that’s good.”

Dovizioso was not at ease with the ergonomics of the RS-GP which he tested at Jerez.

While Aprilia took steps to address that for Mugello, he still could not come to a proper feeling of the bike due to the conditions in which he rode.

“Unfortunately, I don’t have a lot of feedback to explain to Aprilia still because we couldn’t ride, especially in Mugello because when you do the first test and you change the bike it’s always a big change and you need time to realise and understand a lot of things, a lot of details,” commented Dovizioso.

“Everything has changed. The first is the [riding] position, and after you can push and you can try to understand all the areas.

“I have some ideas, but normally I’m quite calm to say something because you have to push and be fast to understand all the details because you can have immediately some feeling, but it’s important to understand the feeling when you are pushing.

“And still I couldn’t have that condition.”

Round 5 of MotoGP is the French Grand Prix, which will be held this weekend at Le Mans.