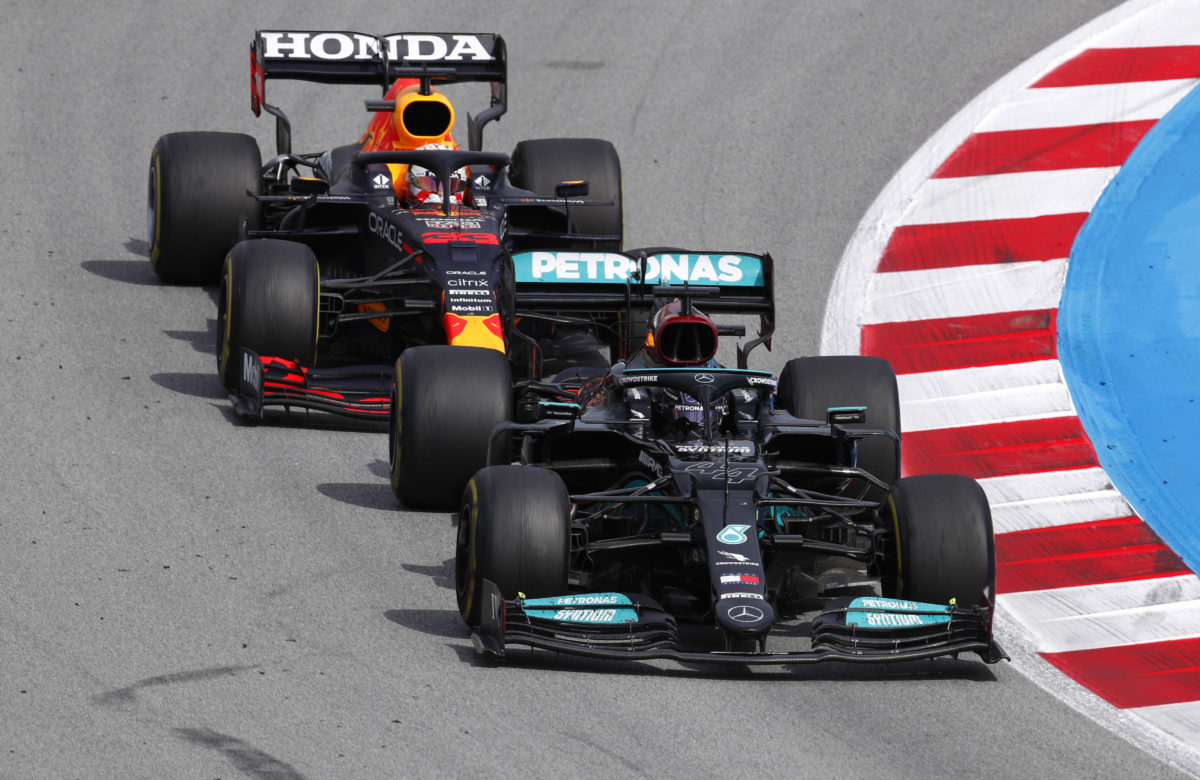 Lewis Hamilton is enjoying the battle with Max Verstappen at the top of the 2021 Formula 1 world championship.

The Englishman has won three of those first encounters, including last weekend’s Spanish Grand Prix.

Heading into the season, Mercedes looked to be on the back foot after a troubled pre-season test in Bahrain.

That seemed to place Red Bull as firm favourites for the coming campaign, and pose the greatest threat to Mercedes’ dominance yet seen in the turbo-hybrid era.

As things have transpired, the eight-time world championship winning team (2009 when known as Brawn, 2014-present as Mercedes) has managed to fight back.

It’s a challenge Hamilton in particular is enjoying, stating that it’s his preferred mode of operation.

“I’ve been racing a long time, since I was eight, so I’ve fought so many different people,” Hamilton said.

“That is my preferred scenario, when we’re fighting against another team, and another team who were at their best – and even ahead, potentially, in certain instances.

“Of course, Max is more experienced now than he ever has been, and clearly incredibly hungry to win more races and to win this championship.

“Game on! This is what we’re all here to do, is to race and to be fighting for wins.

“The battles that we’ve had just in these first few races have been amazing, and I’m excited to enjoy more of them.”

The Monaco Grand Prix runs across the May 20-23 weekend.