Supercars at The Bend

Before Supercars’ return to The Bend Motorsport Park, it hadn’t rained in over a month at the Tailem Bend track. Sure enough, the rains fell and spiced up the action in Tailem Bend.

In this edition of Standouts, Shockers, Surprises, we look at all the big talking points from the OTR SuperSprint. Cameron Waters won the last race at The Bend

Any chatter surrounding parity and a supposed disadvantage between the Ford Mustang and Holden ZB Commodore was almost certainly put to bed at The Bend.

Ford entries were generally quite strong, evidenced by Qualifying for Race 10 that saw the Blue Oval occupy the top five places.

The timing couldn’t have been better for Ford, stealing the spotlight from GMSV who debuted the Corvette C8 road car at The Bend. Undoubtedly one of the performances of the weekend was that of Nick Percat.

Without question, Qualifying for Race 9 was dreadful for Brad Jones Racing, which saw all four of its cars pegged to the bottom of the timing ladder.

It was an inspired move by Percat and his engineer Andrew Edwards who started the #8 on slick tyres in slippery conditions.

Percat duly hauled his way through the field, eventually ending up in fifth.

The R&J Batteries Racing driver was unlucky to miss out on three top 10 finishes, spun in Race 10 to finish 17th and taking sixth in Race 11.

Supercars teams don’t like unnecessary wear on their gear, so burnouts are a bit of a rare thing nowadays.

After Cameron Waters won Race 11 of the season, the Tickford Racing driver lit it up and put himself firmly in the running for burnout of the year.

Such was Waters’ efforts that he was left blinded by the smoke screen. It was quite the sight.

Drivers! Give the fans what they want. More skids. 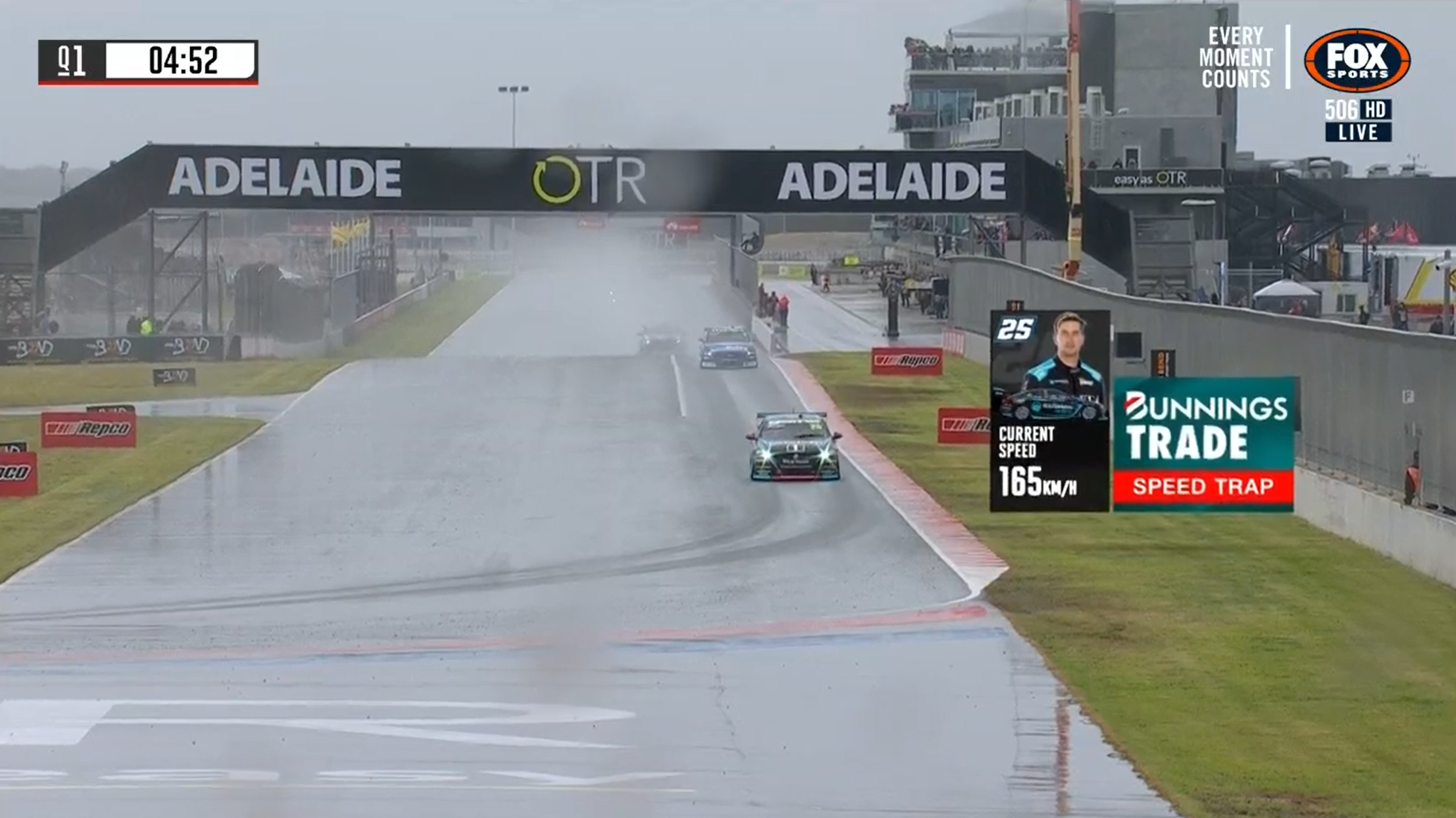 There’s almost always a sudden shock to the system when you see a driver’s name plummet down the timing screen for no apparent reason.

Then within about 10 seconds the order rights itself and that name pops back up to their rightful position.

I couldn’t keep count how many times over the course of the two days that cars suddenly vanished from the timing screen, seemingly suffering from transponder issues

What’s worse than that is just not having timing at all. Parts of Saturday’s qualifying was without the totem pole graphic on Supercars’ broadcast. Fireworks at The Bend

As almighty bangs rang out across The Bend after the racing on Saturday, I couldn’t help but think it was awfully late in the piece.

There were a few perplexed faces in the media centre given the display came so long after the racing had concluded. It was a weird one given not many, it seemed, knew of the display.

Admittedly, it had gotten dark quite early given the inclement weather and overcast skies.

In saying that, when was the last time a Supercars event had a mammoth fireworks display? Credit to The Bend for making that happen in the first place, but it felt under-promoted. It was a weekend to forget for David Reynolds.

The weekend started poorly with a DNF after contact with Tim Slade in Race 9.

Then the Kelly Grove Racing driver got caught up in the first lap melee in Race 10, suffering damage that relegated him to the pits for several laps.

Race 11 saw Reynolds finish on the fringe of the top 10 in 12th having qualified just 20th.

By the close of play, Reynolds had slipped from seventh in the standings to 13th while team-mate Andre Heimgartner won a race and climbed from 11th to eighth.

Seriously, when will someone flip the magnets inside the cars of Cameron Waters and Chaz Mostert? 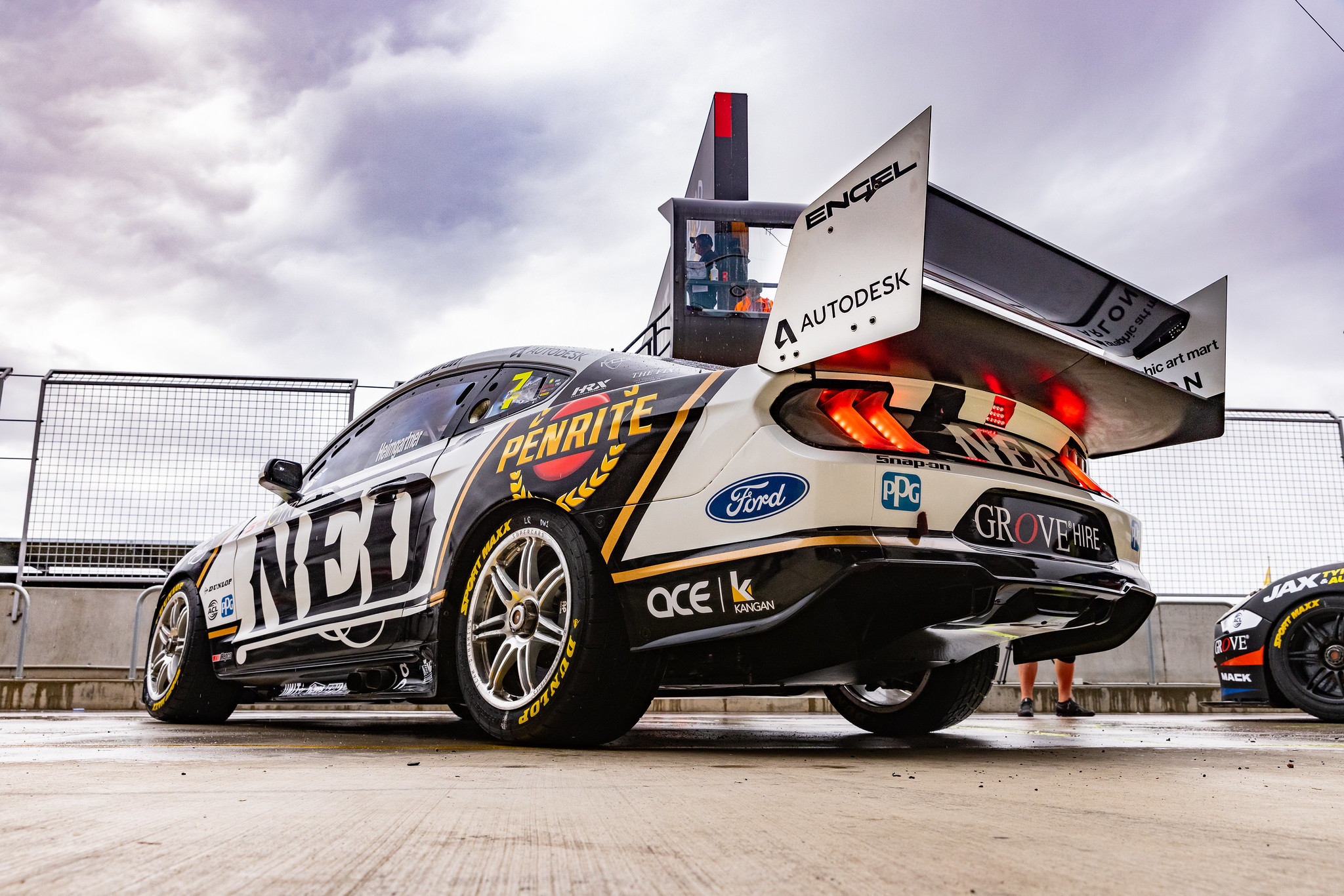 It’s one thing to convert pole position into a race win, but to see Heimgartner so dominant was a surprise.

His victory margin would eventually be cut thanks to a post-race five-second penalty for an unsafe pit release, but even then, the winning margin was nearly four seconds.

Heimgartner went on to claim finishes of seventh and 10th in the following two races. 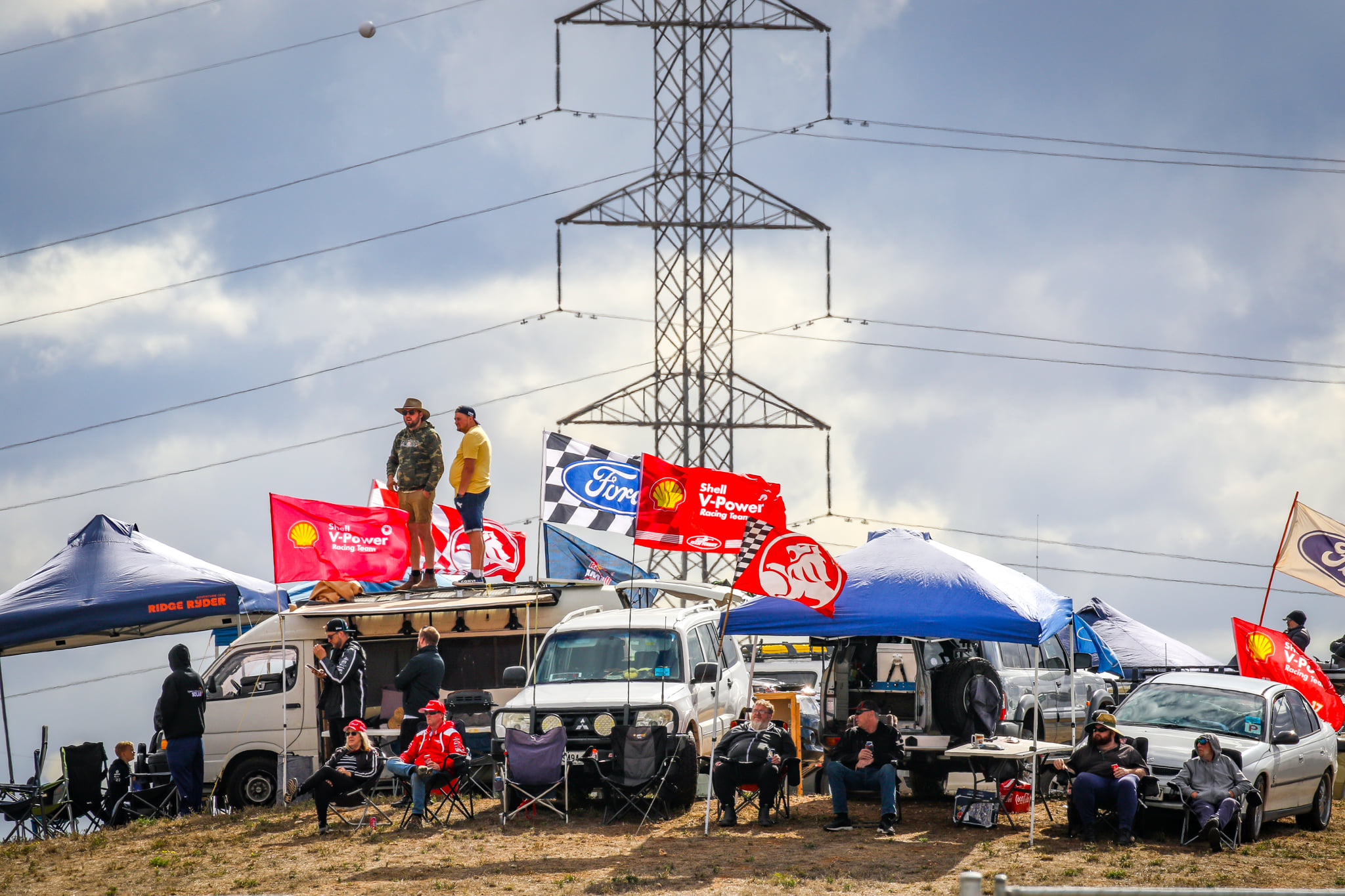 There was a strong spectator turnout to The Bend

Fans turn up to The Bend

Kudos must be given to the promoters who against the odds attracted a sizable crowd to Tailem Bend.

There were fears that the COVID-19 pandemic had knocked the confidence of fans, though they turned out in their droves.

Diehard fans are still reeling from the loss of the Adelaide 500, some who refuse to switch their support to The Bend, which itself is in a less-than-attractive location compared to the street circuit.

With the Adelaide AFL derby on Saturday and Mother’s Day on Sunday, there were enough reasons not to trek out to Tailem Bend, but organisers made it work. 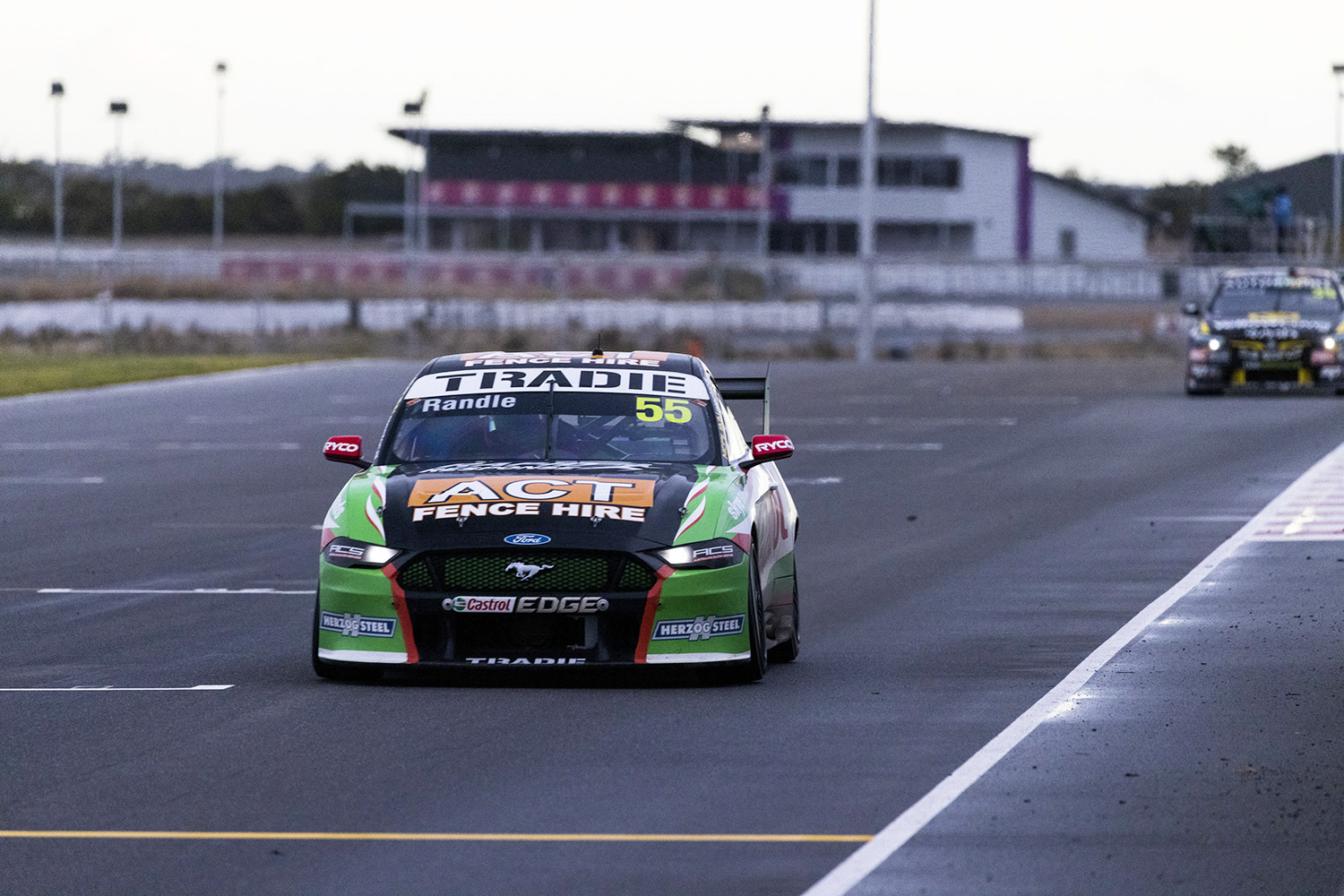 Any time you can rock up as a wildcard and beat a team-mate out of the same stable is a good day.

The Castrol Racing driver was 17th in the first outing, eighth in the second, and 15th in the last.

Keep an eye on Randle and Kostecki at Hidden Valley Raceway in two rounds’ time.