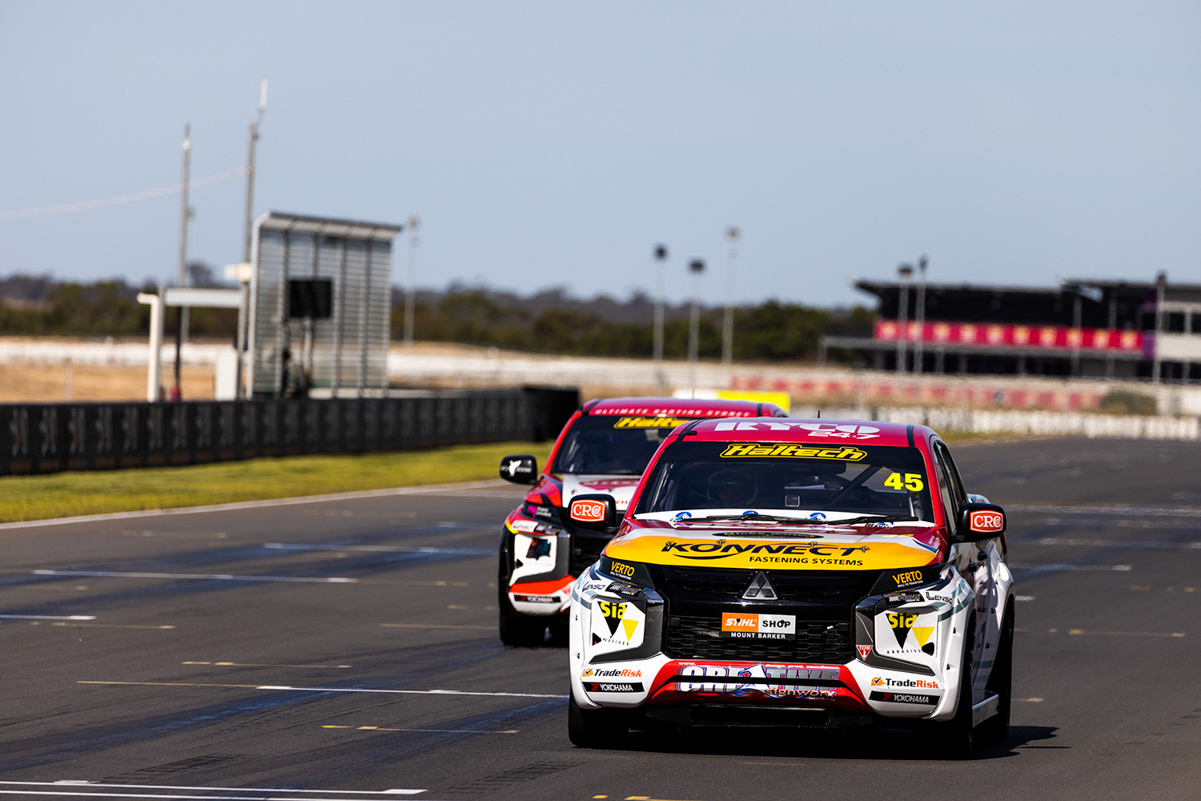 V8 SuperUtes on track at The Bend

Haltech V8 SuperUte Series technical advisor Luke Sieders believes the category is “only going to get better” with further developments.

SuperUtes is now one round into its V8 era, after two seasons with turbo diesel power, having supported the OTR SuperSprint at The Bend.

Sieders, who also fields around half of the vehicles in the field either through his eponymous team or a partnership with Western Sydney Motorsport, has spearheaded the changeover and acted as category manager until one was officially appointed recently.

He is largely pleased with how the 2021 opener played out, although there will be further tweaks to the package which will come online as soon as Round 2 at Winton at the end of this month.

“Very good,” was his assessment of the weekend to Speedcafe.com.

“I was quite nervous, to be honest, at the start of the weekend because it was a pretty big project to pull together, and you just don’t know until it’s run and done.

“But, we were confident that we had the right ingredients and we had some good reliability, driveline-wise and engine-wise and all that sort of thing, which is the first time we’ve had that for a long time.

“We’ve got some upgrades coming for the competitors for Winton, and it’s only going to get better and better from there.”

Among the upgrades will be rear suspension, with rebound being cited as an issue by competitors.

The control Chevrolet LS3 engine, however, was no trouble.

“[It is a] Relatively easy fix.

“Engine-wise, I think Troy [Worsley] at Warspeed’s nailed the engine. It’s strong, it’s reliable, it’s consistent across the board as far as the engine package itself goes. It’s pretty good.”

Even before the COVID-19 pandemic broke out, SuperUtes was taking a year off to redevelop the category.

Sieders had been dispatching conversion kits to other entrants in the month’s leading up to last weekend’s round, while his crew had also been changing over several cars themselves.

He says that putting the 13 vehicles, so far, back on the grid, is a credit to the workforce at the Sieders Racing Team.

The rest of the competitor base is also said to be overwhelmingly positive about the trajectory of the category.

“You can’t do this sort of thing by yourself; it takes a team to make something like this happen.

“The good thing is that the competitor base had been united in the direction and supporting each other through the process and has made the process so much easier.

“It’s a united front moving forward, everyone’s got each other’s back, they all want to see the category succeed, and they believe in the product we’ve got wholeheartedly now.

“It’s good, it’s actually exciting to be a part of this growth phase now because just about everyone that competed on the weekend came up to me and said, ‘This is the best experience we’ve had on a racing weekend forever,’ or ‘…for some time.’

“They’re excited about the direction of the category and what we plan to do with the category moving forward.”

Meanwhile, work is set to begin in earnest today on the ute which crashed in the hands of Craig Dontas at The Bend.

Dontas lost control exiting the final corner in a wet first race and found a bare concrete wall, sidelining ute #45 for the balance of the event, but it will return at Winton.

“Unfortunately, to fix it, we have to pull the cab off, and that’s just a job that you can’t really do at the track, but that car will be going on our rack [today] and it’ll be back at the next round, no dramas at all,” advised Sieders.

“The beauty about these things is, they are cost-effective to fix.

“There’s so many of them on the road so if you need bits and pieces, you can get them easily, and if the chassis is too badly damaged, you can get a chassis from the wrecker and get the PACE brackets welded onto it, and throw the cab back on and away you go.