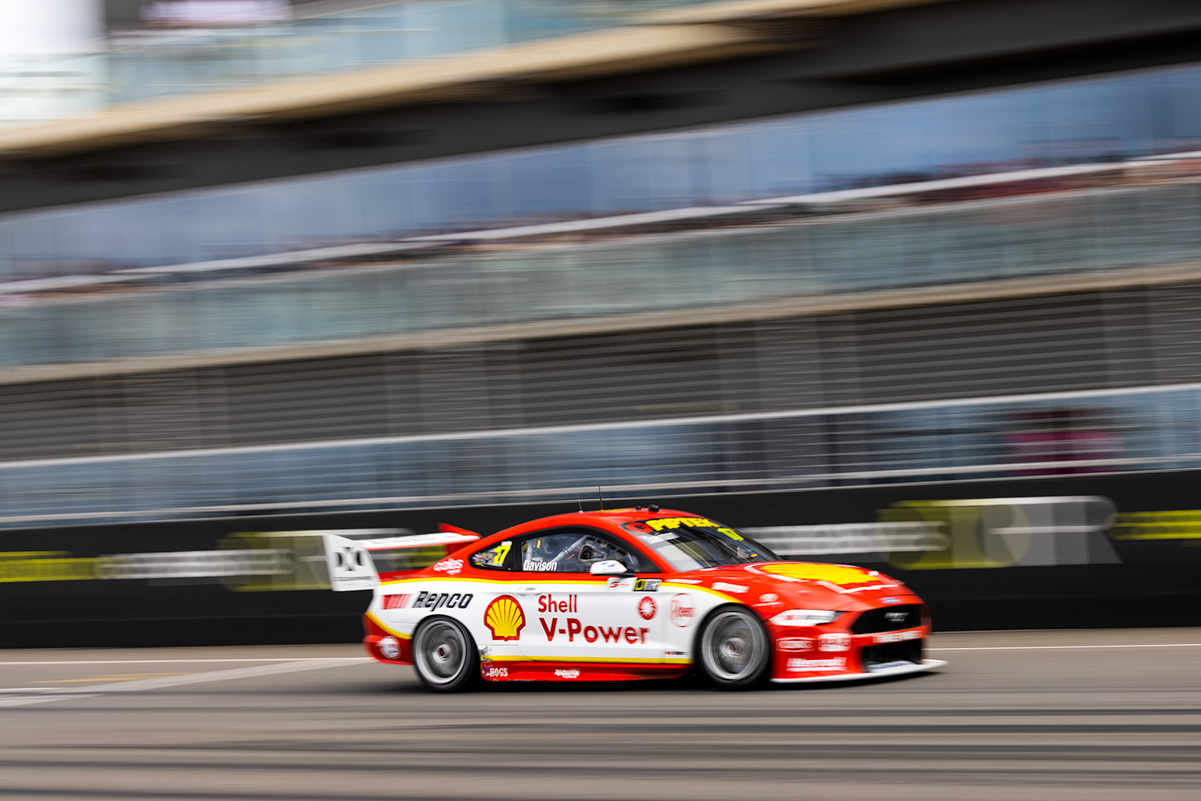 Will Davison says he has achieved his early-season goal after creeping up to fourth in the Repco Supercars Championship.

Davison scored the second-highest points total from the OTR SuperSprint, where he was runner-up from a front row start in Race 10 and took third in Race 11.

Furthermore, eighth position in Race 9, the first of The Bend weekend, is his only finish outside the top five in the last seven encounters.

The 38-year-old sits 251 points behind championship leader Shane van Gisbergen, the only other driver to collect a greater points haul in South Australia, after the first four events of the season.

However, in his first season at Dick Johnson Racing since 2008, Davison admits the adjustment has not been easy.

Like most, the Ford team has had just the one test day in pre-season, plus a shakedown for its brand-new Mustangs.

Testing at race events is also difficult given the last three have been SuperSprints, meaning just an hour of practice on the Saturday, and that was conducted in changeable weather conditions at The Bend.

DJR nevertheless notched up its first race win and first two poles of the season, all courtesy of Anton De Pasquale, at the most recent event.

De Pasquale took out Race 10 but could very well have pulled off a repeat in Race 11 had the #11 Shell V-Power Mustang not struck engine troubles.

“To be honest, since the first event, I think we’ve done pretty well with the adaption we’ve all had to make,” declared Davison.

“The cars are all different, new relationships, limited testing, so, to be honest, we’ve just been carrying on our trend.

“We’ve been strong at points in every single weekend this year, and we were confident coming [to The Bend] – obviously the team have got a good handle on this circuit – but we’re different drivers, so you never just bolt in what was last year; things are always changing.

“So, it’s just been a process of understanding each other, bit by bit, and us getting used to the car.

“[There is] limited practice. What’d we get; nine, 11 laps practice before qual again? It’s making it really tricky with the new relationships and to join a new team.

“It is what it is, I think we’ve got through these first four now with a good haul of points, which was my goal, and hopefully we can just sort of keep this trend going and keep getting stronger.”

While the two-time Bathurst 1000 winner is three positions and 213 points ahead of De Pasquale in the championship, it is his younger team-mate who has been making most of the headlines.

Collectively, they are an all-changed full-time driver line-up at DJR relative to 2020, and Davison believes the dynamic is good for both.

“We’ve got a good balance, of experience and youth, I suppose, and I’m enjoying working with him and pushing each other,” he said.

“[We’re] Just bringing the ultimate sort of team-mate relationships to the team, because that’s what it’s all about, that’s obviously what we need to challenge these guys here [van Gisbergen, Cameron Waters], really.

“It’s about how we work together and the engineering group works together, so, enjoying teaming up with him and pushing each other and really happy for him to get a win; stoked for the team to get a one-two.

“There’s been a lot of change in the ownership side of things, so, just really cool to be a part of that.

“I’m obviously very proud to be in the [Car #]17 and in the team, and hopefully I can get myself a top spot soon.”

It was also at The Bend that Ryan Story, who now holds the titles of chairman and CEO at DJR, witnessed a race in person for the first time since the 2020 season began at the Adelaide 500.

“He chose to roll back in today and sort the one-two strategy out,” he laughed.

“Ryan’s a great character and he’s very, very passionate about the team, so [it is] really cool that he’s here for this result.”

Event 5 of the Supercars Championship is the Winton SuperSprint, on May 29-30.