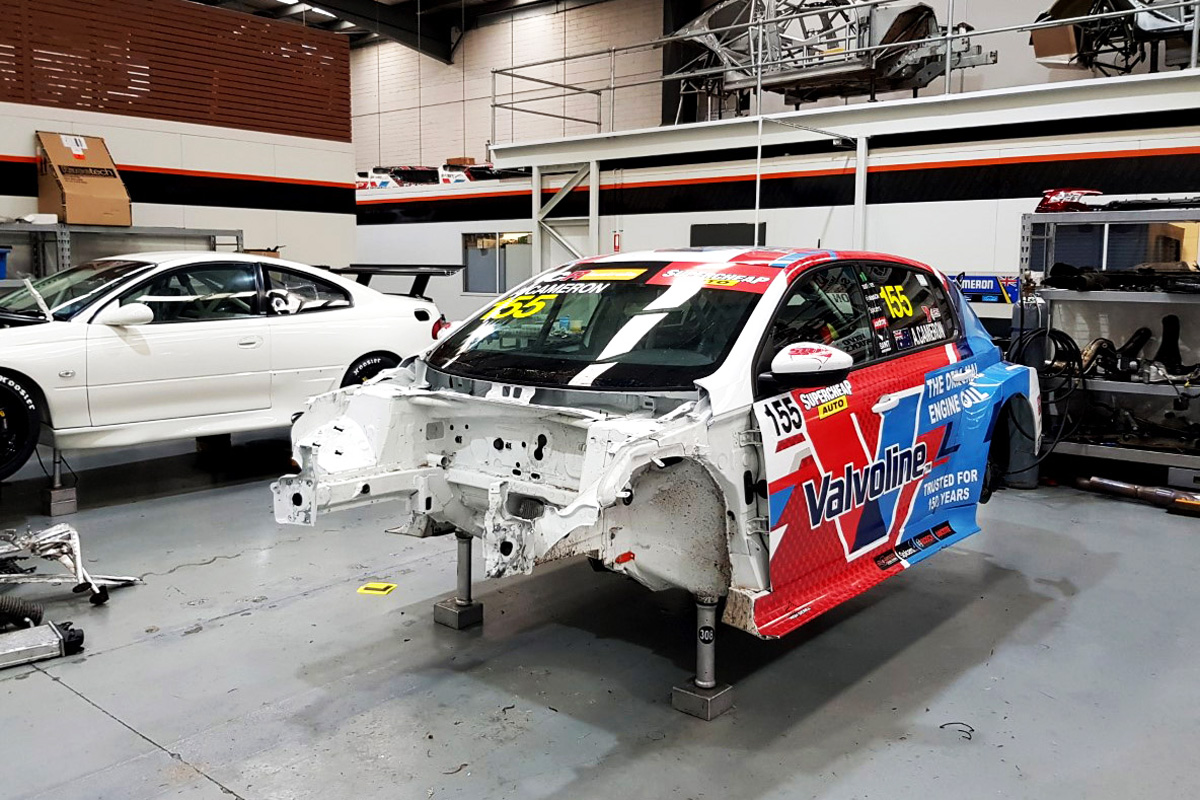 The Peugeot 308 of Aaron Cameron

Garry Rogers Motorsport is confident its lead driver in the Supercheap Auto TCR Australia Series will be back on track next month.

Aaron Cameron was involved in a high-speed accident during the most recent round at Sydney Motorsport Park, leaving his Peugeot 308 heavily damaged.

GRM has stripped the car and will fit two new front rails, borrowed from a Peugeot 308 road car.

It’s the same approach that repaired the Peugeot of Jason Bargwanna after major rear damage sustained at Symmons Plains in January.

“The actual repair is simple enough, but it’s not something you can do easily at the track, so we were fortunate that that happened in Race 3,” said GRM team manager Stefan Millard.

“The guys have gone through all of the auxiliary bolt on bits, figured out what’s damaged and what needs replacing.

“It takes a few days to rip apart the race car and the road car, and it will probably spend a week in the fabrication shop, and probably another week getting put back together.

“We have a few weeks before our next round, so time is on our side.”

Cameron dropped to fifth in the standings following his Sydney DNF.

Chaz Mostert holds a 106-point lead at the top, with Luke King, Josh Buchan and Nathan Morcom second through fourth.

Cameron will have the chance to recover ground at Round 4 at Morgan Park Raceway in Warwick, Queensland across June 25-27.