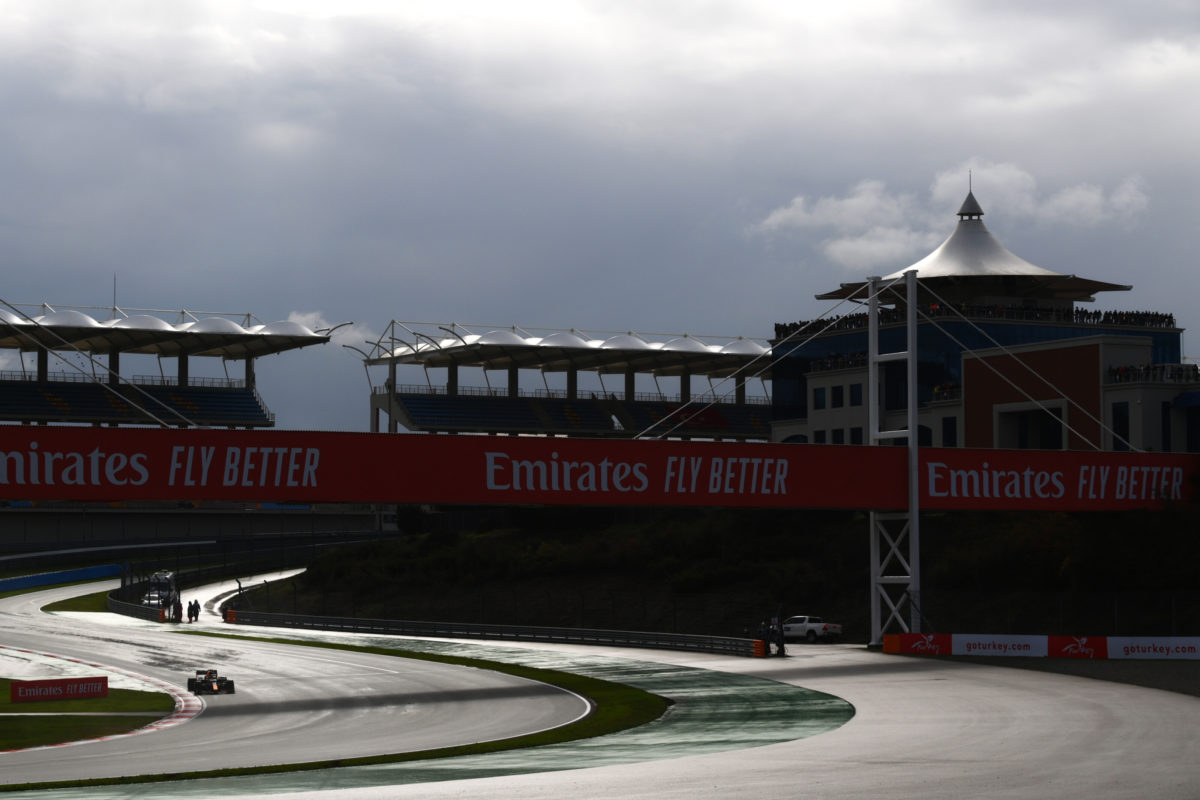 UK travel restrictions have cast a shadow over the Turkish GP

Formula 1 is currently monitoring the situation in Turkey ahead of its planned visit next month.

Quarantine and travel restrictions in Canada saw that event replaced by the Turkish Grand Prix, currently scheduled to run over the June 11-13 weekend.

However, travel restrictions for those entering the United Kingdom have raised questions over the viability of the event.

Current advice from the UK Government is that individuals who have travelled to ‘red listed’ areas must quarantine for 10 days upon entering the country.

Foreign nationals are not allowed to enter the UK at all should they have been within a red listed area.

The whole of Turkey is now on that list of no-go areas, with all direct flights from the UK to and from Turkey cancelled.

A meeting on Saturday morning in Spain between F1 bosses and the teams discussed the matter, with a wait and see approach having been adopted.

“I think you simply need to wait now, and we have a lot of trust and confidence that Formula 1 will have the right discussions in place,” said McLaren’s Andreas Seidl.

“We need to wait for an update from Formula 1 [on] what’s happening there.”

The issue could be largely sidestepped by swapping the dates for the Turkish and Azerbaijan Grands Prix.

An alternative is to have UK-based staff stay on the road from the start of June until after the Austrian Grand Prix, a stretch which would equate to almost six weeks away from him.

“Everything is possible but there is a limit of what you can ask people to do,” opined Haas boss Guenther Steiner on the concept.

“We need to be respectful, because the people are not going home for six weeks. I think that’s not fair.

“I mean it’s good to work but at some stage, it’s not that the rest of the schedule is easy.

“Last year it was already tough and this year, at the end of the year, it will be tough if we get all the races in, which hopefully we do.

“We don’t have to overdo it and I don’t think that is an option, that we just keep on going for the next two months and then we go home.”

Monaco will host the next round of the 2021 world championship across May 20-23.