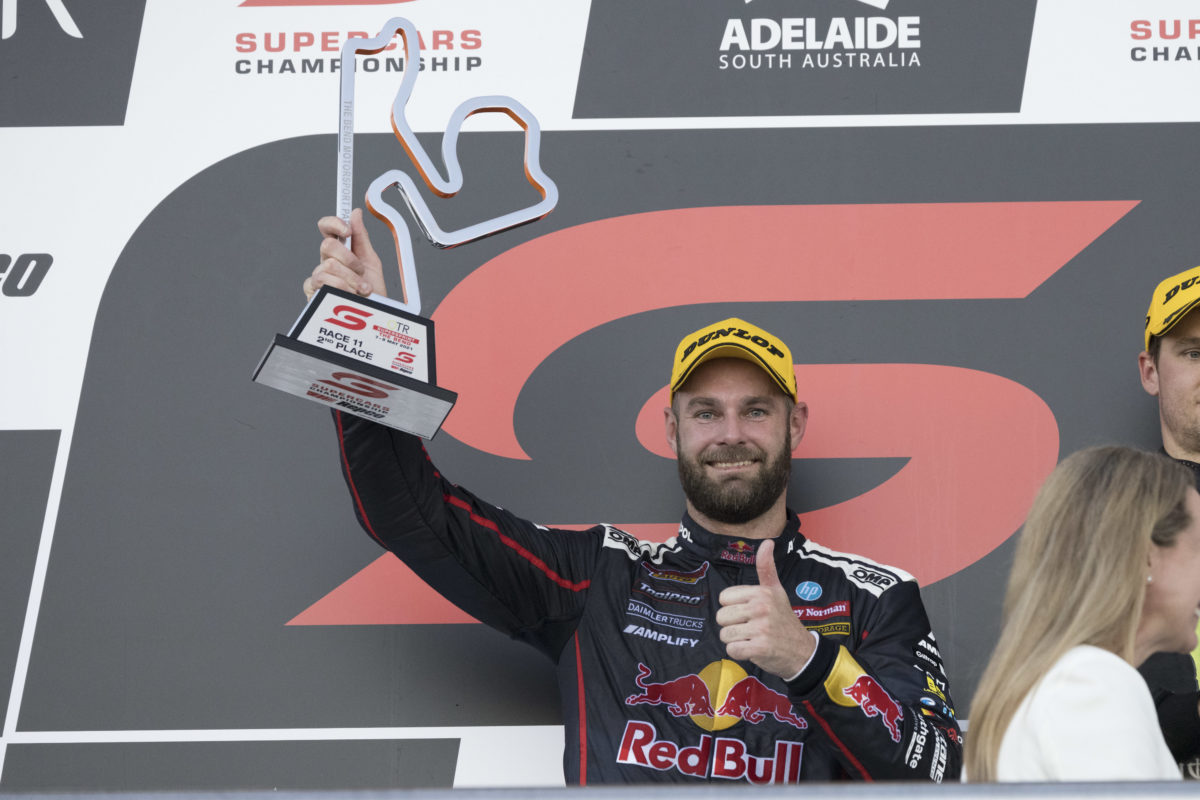 Shane van Gisbergen is virtually over the pain caused by his broken left collarbone, but admits he has lost fitness since the mishap which caused it.

The Triple Eight Race Engineering driver suffered the injury in a mountain biking crash on March 6 but managed to sweep the Sandown Supercars event which followed a fortnight later.

He felt pain while driving during that weekend, although it was less of a problem in the cars he piloted during the Bathurst 6 Hour event another fortnight afterwards.

Van Gisbergen sat out Round 3 of Fanatec GT World Challenge Australia Powered by AWS given it supported the OTR SuperSprint at The Bend, and also did not partake in the test day which was held just prior.

That meant almost three uninterrupted weeks of recovery since the Symmons Plains Supercars event, which has been a boon for the championship leader, who also broke three ribs in the bike crash.

“I’m better, I’m just lacking fitness; I haven’t been able to train for eight weeks,” he explained after the conclusion of racing at The Bend.

“It was good to have these three weeks off, though; I skipped the GT test down here and just tried to get better, and that’s done wonders for me.

“I’m not a hundred percent but now I’m driving and, in and out of the car, I don’t notice at all, so I’m pretty good now.”

The Repco Supercars Championship’s next event will be held at Winton at the end of the month, before the Merlin Darwin Triple Crown in mid-June and the NTI Townsville 500 in July.

The Darwin event, in particular, is a tough physical test given the heat and humidity of the Top End.

However, van Gisbergen was typically nonchalant when asked about a resumption in his training programme and the challenge of racing at Hidden Valley.

The 2016 champion managed to extend his lead in the 2021 title race at The Bend, despite a relative battle of a weekend.

Van Gisbergen, in fact, left South Australia as the unofficial ‘round winner’ and is now 190 points clear of team-mate Jamie Whincup atop the drivers’ standings.