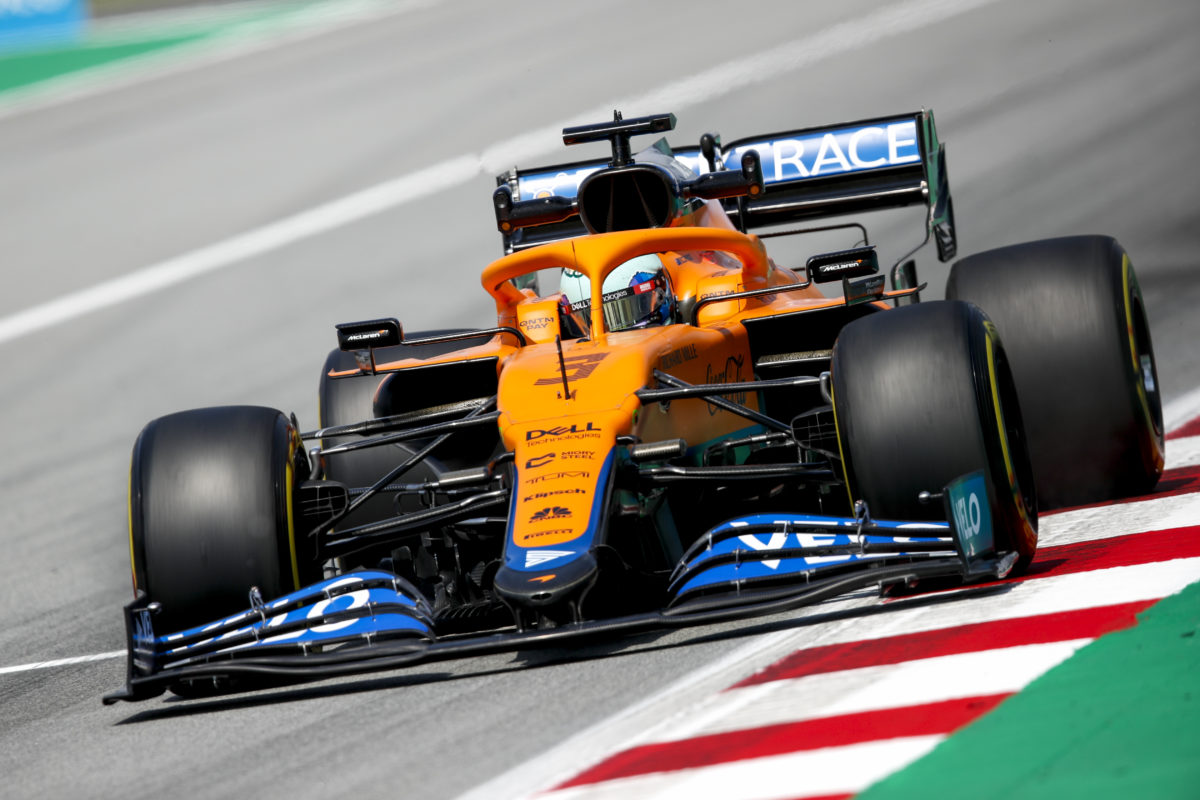 Sixth place in the Formula 1 Spanish Grand Prix has left Daniel Ricciardo to describe the weekend as the best of the season so far.

The Australian qualified seventh on Saturday before rising one place during the course of the 66 lap encounter.

It was the first time all-season that he’d out-performed team-mate Lando Norris on a Sunday, having bested the 21-year-old on Saturday too.

“It was a good weekend. I would say the best weekend so far as a whole and I felt like I got the maximum out of the car today,” Ricciardo said.

“We jumped a few spots at the start and I think naturally those cars were a little quicker, which left me defending.

“It meant that the pace was high, and it forced me to push the whole way. I ended up learning even more about the car.”

Despite another double-points finish for McLaren, Norris having finished eighth, the team saw its advantage over Ferrari in the constructors’ championship cut from 11 points to just five.

“Ferrari had a bit more than us today and obviously we know the Red Bull is fast.

“We know we’ve still got some work to do but all-in-all it was a smooth, well-executed weekend.

“The team made some good calls for the pit-stops and I think top-six was the best result possible.”

Ricciardo spent the early laps battling with Sergio Perez, eventually ceding the spot to him shortly before his first pitstop.

In the closing stages the Australian was harried by Carlos Sainz, ultimately heading the Ferrari driver to the flag by just 0.902s.

Norris meanwhile climbed one place from his grid spot to record an eighth-place finish; down on what he’d hoped for but in line with expectations around a circuit that’s notoriously difficult to pass on.

“On paper it’s not as strong a result as we’d like, but I don’t think that really matters today – we had decent pace all day,” he said.

“Given the characteristics of this track we did what we could, and that was P8 and double points, so I’m happy for the team.”

Having been third heading into the weekend, Norris has slipped to fourth behind Valtteri Bottas in the drivers’ fight.