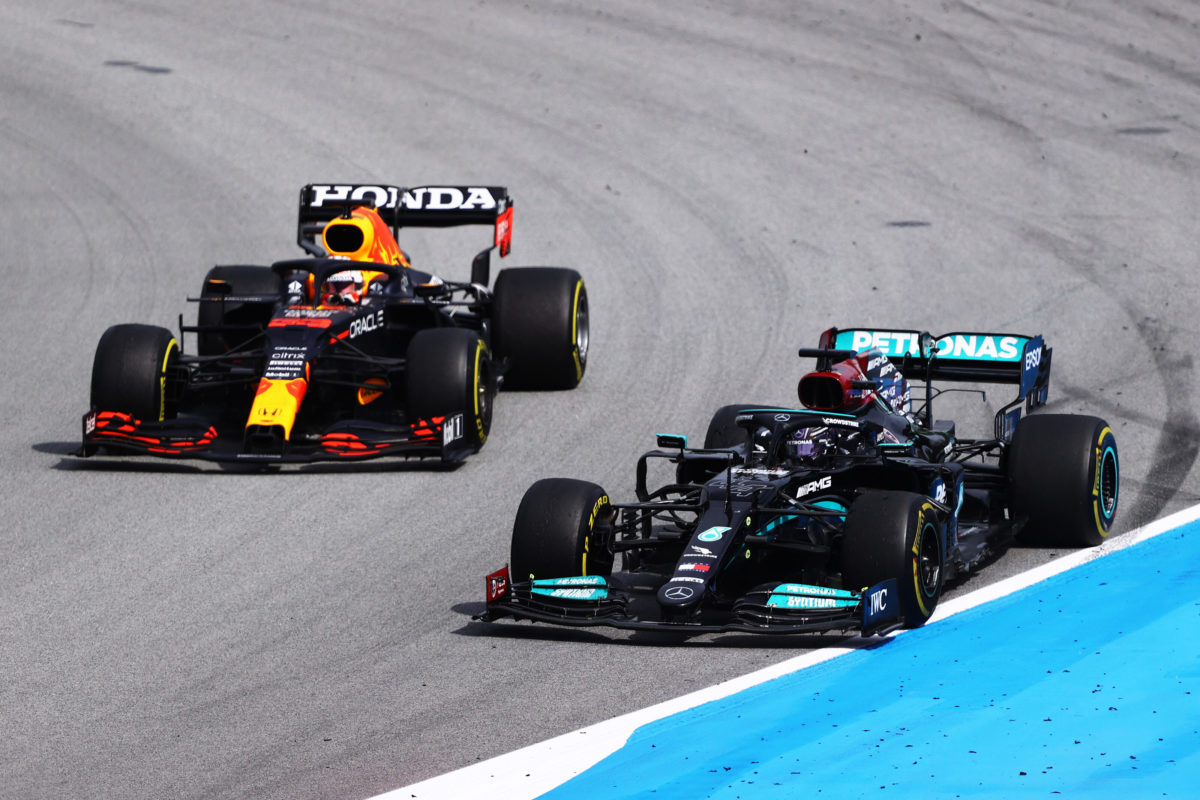 Lewis Hamilton admits he was conflicted when was asked to pit for a second time during the Formula 1 Spanish Grand Prix.

The seven-time world champion won the race with a two-stop strategy that seemed to catch Red Bull by surprise.

It was an aggressive call to stop for a second time, and forced Hamilton to chase down a more than 20 second deficit to Max Verstappen in the final third of the race.

The race began with Hamilton falling behind the Red Bull at the opening corner, trailing him throughout the opening stint.

He remained on track for a further five laps when Verstappen took service on Lap 24, resuming the race in second position.

Hamilton then pitted again on Lap 42, dropping to third before storming his way forward to take the race lead on Lap 60.

“There was a lot of rubber down on the right-hand side and the Red Bull obviously got a great start,” Hamilton recounted.

“After that [I was] just hunting, and I was so close for so long, and I didn’t think in doing that I was going to be able to make the tyres last, but I just managed to just keep them in somehow.”

The 36-year-old revealed that while, on paper, a one stop strategy is the fastest way to run the Spanish Grand Prix, he was aware of the potential for a two-stop approach.

“It had been the plan all weekend for us to make sure we had two mediums if we had to do a two stop,” he said.

“Even though a one-stop potentially looks better, I know from experience here that a one-stop is very, very hard to pull off.”

Prior to his second stop, Hamilton had reeled Verstappen in, bridging a 1.5s margin to sit comfortably within DRS range.

“I was about to have a shot at getting past him before I pitted right at the end, and I was really conflicted,” he admitted.

“Do I come in or do I ignore the call and stay out?

“Obviously I did what the team asked, and naturally that’s because there’s a great trust between us.”

It’s the second time Mercedes has successfully pulled a surprise two-stop strategy on Red Bull, having previously used the tactic to win the 2019 Hungarian Grand Prix.

Verstappen was reminded of that encounter mid-race, though the Dutchman was powerless to fend off his rival.

“Need a faster car,” he bluntly responded when asked how the team could avoid losing out in similar circumstances again.

“Then you don’t need to get into a situation like that.”

Hamilton now leads the drivers’ world championship by six points to Verstappen, who limited the damage as best he could by finishing second in Spain and claiming the point for fastest lap.

Formula 1 next heads to Monaco for Round 5 across the May 20-23 weekend.