Gen3 on knife’s edge ahead of Supercars’ tell-all meeting

Gen3 on knife’s edge ahead of Supercars’ tell-all meeting An artist’s impression of a Ford Mustang in Gen3 trim

An all-in meeting tomorrow could seal the fate of Gen3 as speculation grows some Supercars teams want the new regulations delayed to 2023.

As it stands, teams are set to race a new-look Ford Mustang and Chevrolet Camaro in 2022 built to the new regulations.

However, there is growing concern in the pit lane that Gen3 needs to be pushed back due to a range of issues.

Ructions in the pit lane were high at the most recent Supercars event at The Bend Motorsport Park on the weekend with grumblings among some teams growing amid a lack of communication from the top down.

Some high-profile individuals who Speedcafe.com spoke with suggested a vote could take place as soon as Tuesday to decide whether Gen3 is pushed back.

At least one source suggested 70 percent of the teams were keen to push Gen3 back.

It is understood tomorrow’s meeting at Supercars’ headquarters in Sydney, which will see some attend via video call, is designed to bring teams up to speed and address any concerns with the project.

Speedcafe.com understands Triple Eight Race Engineering and Dick Johnson Racing, the two homologation teams, are divided on whether Gen3 should be pushed back. 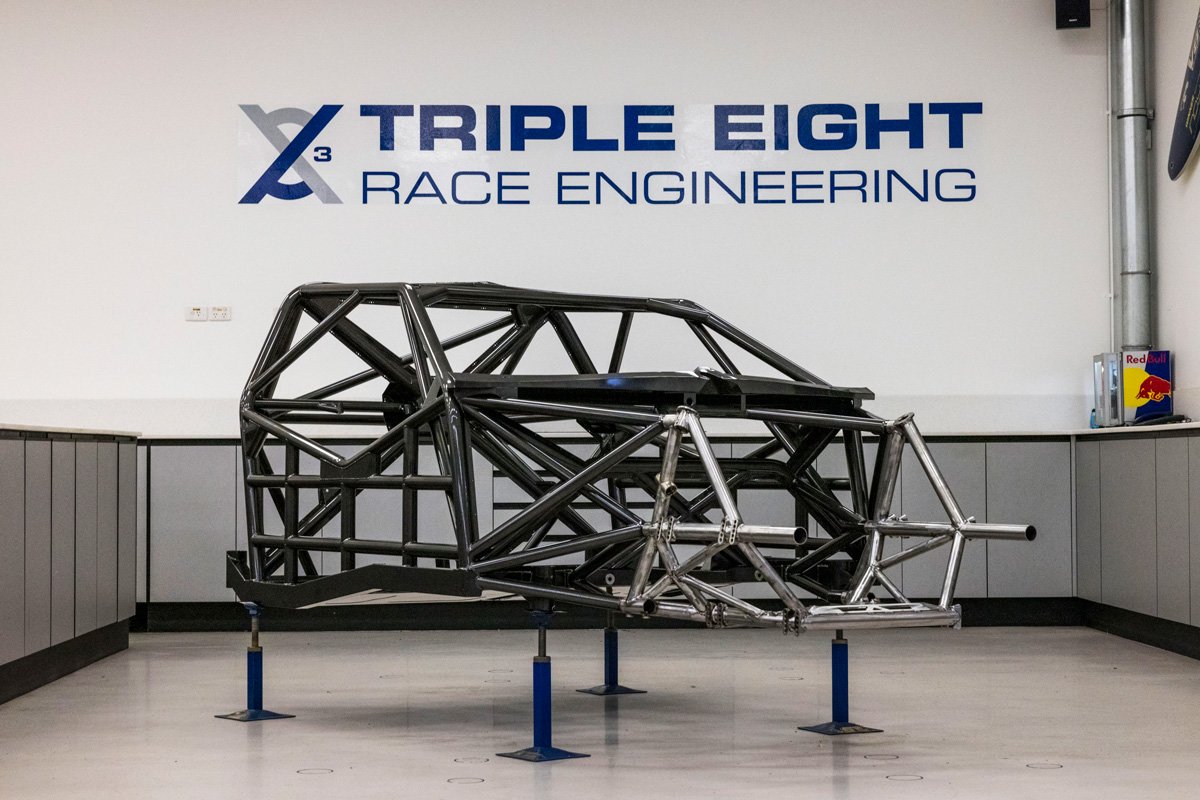 Dick Johnson Racing was said to be not far behind showing off its Pace Innovations-built chassis, though its spaceframe still hasn’t broken cover.

It is believed development has slowed at Pace Innovations and the Ford homologation team is keen to delay the introduction of Gen3. Triple Eight, meanwhile, wants to press on for a 2022 introduction.

A delay would be convenient for Ford amid talk of the new-look Mustang S650 road car debuting in 2023, avoiding the possibility of redeveloping the bodywork after a single year on track.

There are several more issues pertaining to the make-up of the new-look Supercar, particularly surrounding the engine architecture.

Supercars has confirmed crate-based motors are in development, but beyond that, the category hasn’t yet publicly detailed engine specifications.

It is believed a Ford 5.4-litre Coyote and GM 6.2-litre LS variant are the preferred options.

However, disparity in engine displacement has some teams concerned that parity may be an issue.

Some Speedcafe.com sources have gone as far as to suggest achieving engine parity might be too difficult. Other means of levelling the playing field are being looked at supposedly.

Add to that, there have also been some rumours that one of the engines might not fit the Gen3 chassis.

Speedcafe.com understands Supercars’ head of motorsport Adrian Burgess and engine consultant Craig Hasted were told not to attend the latest round of the championship, instead, focusing on the engine development.

Burgess was in attendance at The Bend Motorsport Park for the fourth event of 2021, though Hasted was not. 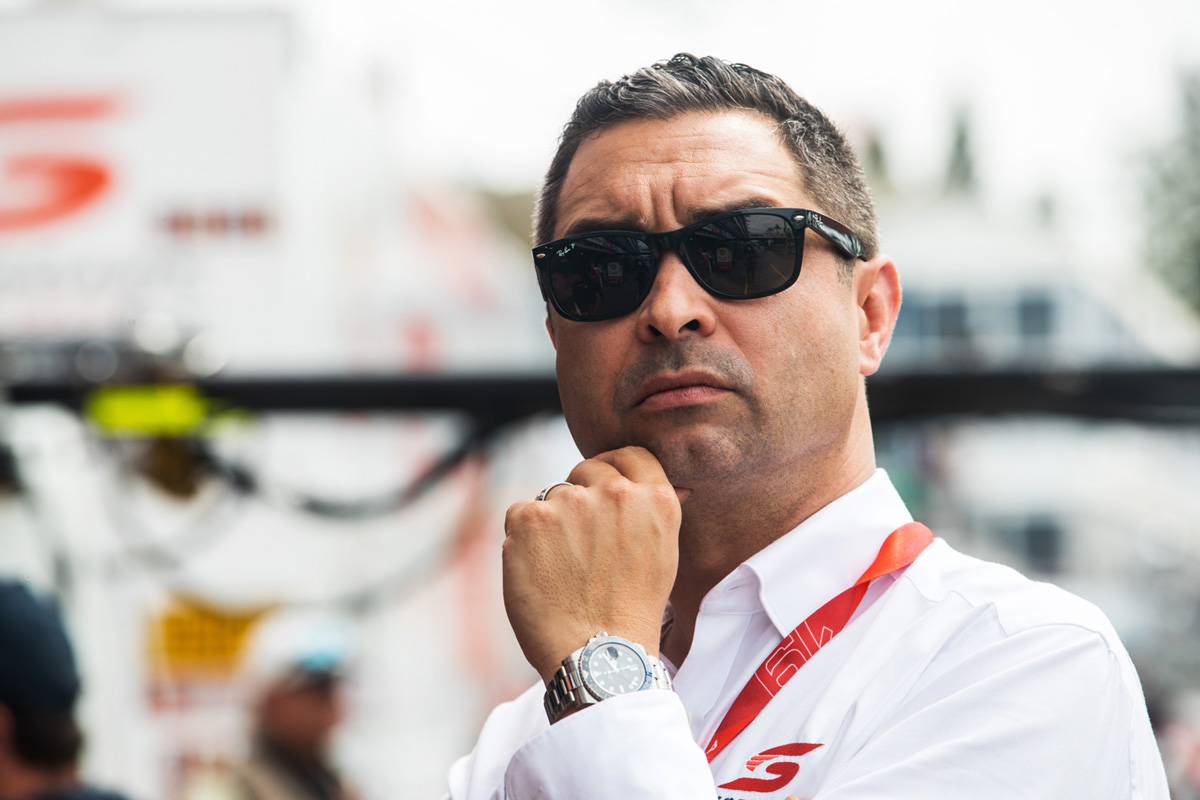 Another problem is a supposed lack of leadership within Supercars.

Recently it was revealed Supercars executive John Casey will part ways with the company.

Casey has largely spearheaded the Gen3 project to date, but took a backseat in recent months after Supercars CEO Sean Seamer took the reins.

However, Seamer has been absent from the paddock lately due to personal reasons and hasn’t attended an event since the season-opening Mount Panorama 500.

That has proven to be frustrating for media outlets, especially with the Supercars boss the only authorised person to speak officially on Gen3 matters outside of category statements.

By and large, there has been little more than a skeleton and steering wheel prototypes glimpsed for the next-generation car which is supposedly just months away from testing.

All of this has culminated in Gen3 becoming a bigger beast than first anticipated and led to fears that costs may spiral out of control.

The current cost of a Gen2 spec Supercar is estimated to be roughly $500,000.

That initial $350,000 figure for Gen3 is said to have ballooned significantly, fundamentally defeating the purpose of the project.

A rushed introduction is part of that upward drive in cost as teams who have been kept out of the loop have little time to prepare and stock up on material.

Supercars’ rollout of its new car pales in comparison to that of NASCAR, which began testing its Next Generation Cup Series car in 2020.

It was slated for a 2021 rollout, though it was delayed due to the COVID-19 pandemic.

Supercars itself spent the best part of a year and a half testing its Car of the Future before debuting in 2013.

There is a school of thought that Supercars can design, build, and develop Gen3 in time for 2022 given the category is sticking with a spaceframe chassis, unlike the Project Blueprint to Car of the Future shift from a production-based chassis to a spaceframe.

Regardless of the chassis make-up, time is ultimately running out, though more should be clear after tomorrow’s meeting.