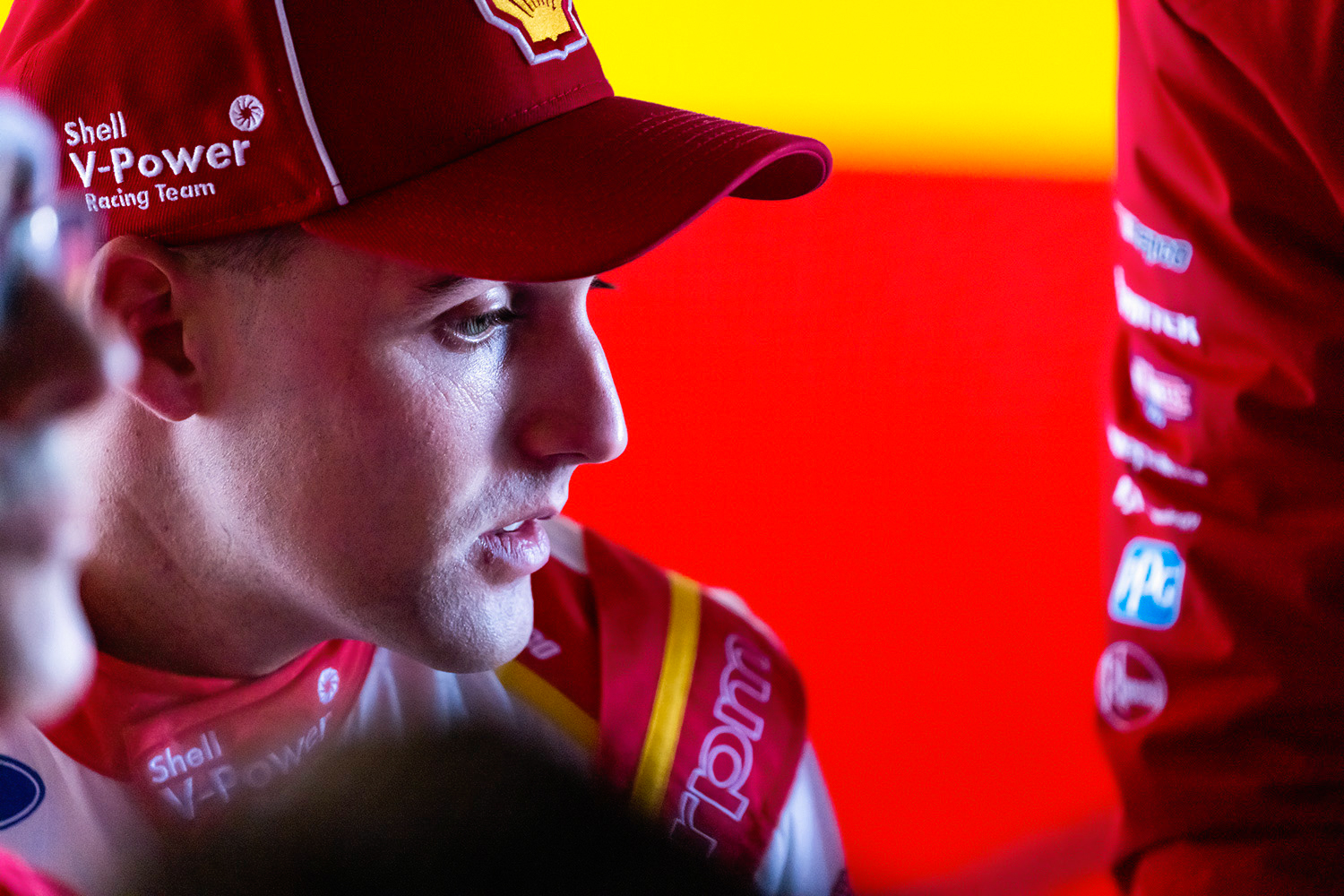 Anton De Pasquale has conceded a third DNF has all but kiboshed any hopes of winning this year’s Repco Supercars Championship.

The Shell V-Power Racing Team driver currently lies seventh in the drivers’ championship with the equal most DNFs this season with Brad Jones Racing’s Macauley Jones after four events.

By and large, De Pasquale has been a regular podium contender in the opening third of the Supercars season.

However, three races in which he hasn’t finished has stifled his charge in an otherwise solid start to a newfound relationship with Dick Johnson Racing.

De Pasquale was in contention for a podium on debut with the team at the Mount Panorama 500 earlier this year, but crashed on his own.

He later suffered an engine misfire at the Sandown SuperSprint, an issue which returned at the most recent OTR SuperSprint.

The latest DNF at The Bend Motorsport Park came while De Pasquale was in the lead of the race.

“For me, I think the drivers’ championship… she’s sailed,” De Pasquale told Speedcafe.com.

“The first DNF hurt, the second one really hurt, and that [third] one is going to really put the nail in that coffin.

“But, that’s okay. We’re here at every race weekend trying to win races. That’s all we can do.”

For De Pasquale, his focus is on finishing as high as he can and maintaining the team’s standing in the pecking order.

“The teams’ championship is important for us,” he explained.

“When we’re having a DNF like that, especially when you’re in a position to get a lot of points, it hurts.

“You want to be putting points on the board for both cars because we’re both fighting up the front.

“Throughout the year we’re always trying to collect points, but every race we’re trying to get the biggest trophy we can.”

De Pasquale, who lies 464 points in arrears of championship leader Shane van Gisbergen, said he was hard on himself for crashing in the season-opener.

“It’s been up and down,” said De Pasquale.

“We’ve had a few shockers just with some DNFs. I’ve been really dirty on myself, especially the start of the year with that DNF.

“I could have got a podium in my first race. Stuff like that, which could have really kicked the year off strong.

“Everyone is pushing so hard. You’ve seen this weekend there’s a different race winner every race. The grid has been shaken up every race.

“First and foremost, it’s the teams’ championship and then on top of that just chasing the biggest trophies we can get and trying to be in the fight every race and just be part of the fun.”