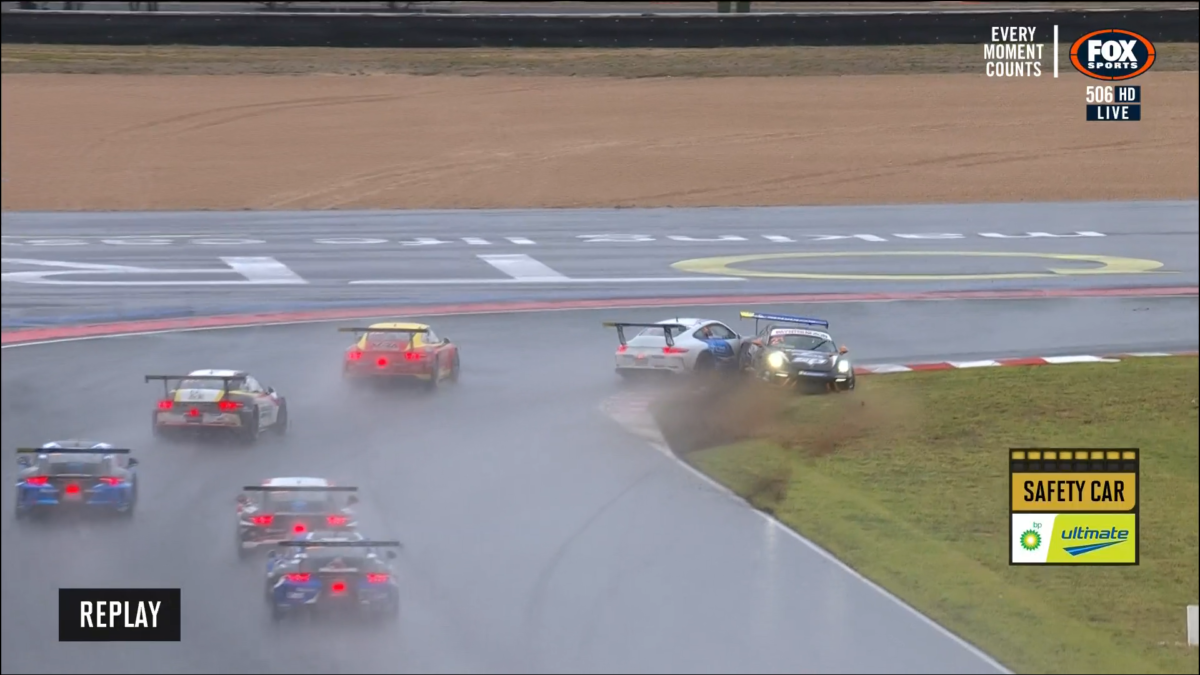 The first came moments after the race start.

Wall has been deemed at fault for that incident, having wedged his Porsche between David Russell and Michael Almond ahead.

Russell was subsequently spun into the path of Dale Wood, and several cars further back in the pack would be caught up.

Such was the damage to Russell’s entry that it has been withdrawn from the remainder of the weekend.

Wall, who went on to finish third, has been hit with a 15-point penalty. His race result from yesterday remains unchanged, though.

When the race restarted, pole-sitter Payne soon collided with Aaron Love in the battle for second.

Payne would then spin at high-speed and collect then race leader Cooper Murray, who is understood to have suffered a suspected dislocated shoulder in the incident. Murray though will race today.

The Earl Bamber Motorsport driver copped a 10-point penalty as a consequence.

Payne will be back in action today by virtue of an all-nighter – to the tune of a 04:00 finish –  pulled by his crew.

“There was obviously plenty of chassis damage after the hit with Cooper so we had the side hammers out and pulled it as straight as we could,” EBM team manager Ben Jenkins told Speedcafe.com.

“Then we found a problem with the engine oil pump so we’ve done a full drivetrain change overnight, so engine out, gearbox out, new driveshaft, so it was a late night for the boys.

“We’ve straightened her up and it’s ready to go again today.”