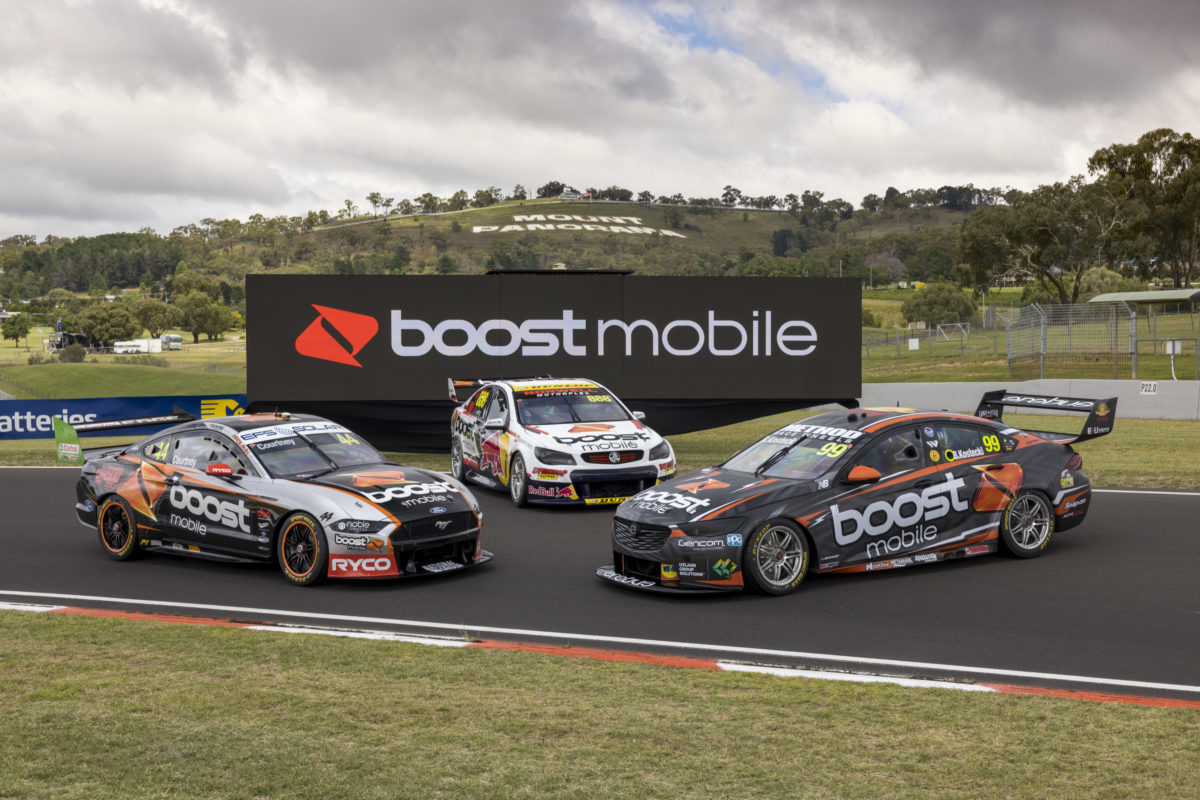 Momentum is building behind a bid to have Greg Murphy and Richie Stanaway team up in a Boost Mobile wildcard at the 2021 Repco Bathurst 1000.

Speedcafe.com sources have indicated the situation is progressing nicely in the background and a deal has been done with the drivers.

Stanaway, the 2011 German Formula 3 champion, is understood to have been swayed by Boost boss Peter Adderton, having initially been reluctant on the prospect.

That fleet could grow to three by October, with Adderton promising to come good on his proposal for a Great Race entry for Murphy and Stanaway.

Adderton later moved to clarify he was dead serious, and his loyal ally Courtney has declared the deal is a sure thing.

“I think it’s great what Adderton has done as well with Murph and Stanaway,” the 40-year-old told Speedcafe.com.

“That will be pretty cool to see how those guys go at each other [Murphy/Stanaway and Ingall/Feeney] in those cars.”

Asked how confident he was that it would indeed proceed, Courtney simply added: “It’s Pete; if he wants something to happen, it will happen.

Murphy, 48, has not competed in Supercars since the 2014 Gold Coast 600 alongside Courtney at the then Holden Racing Team.