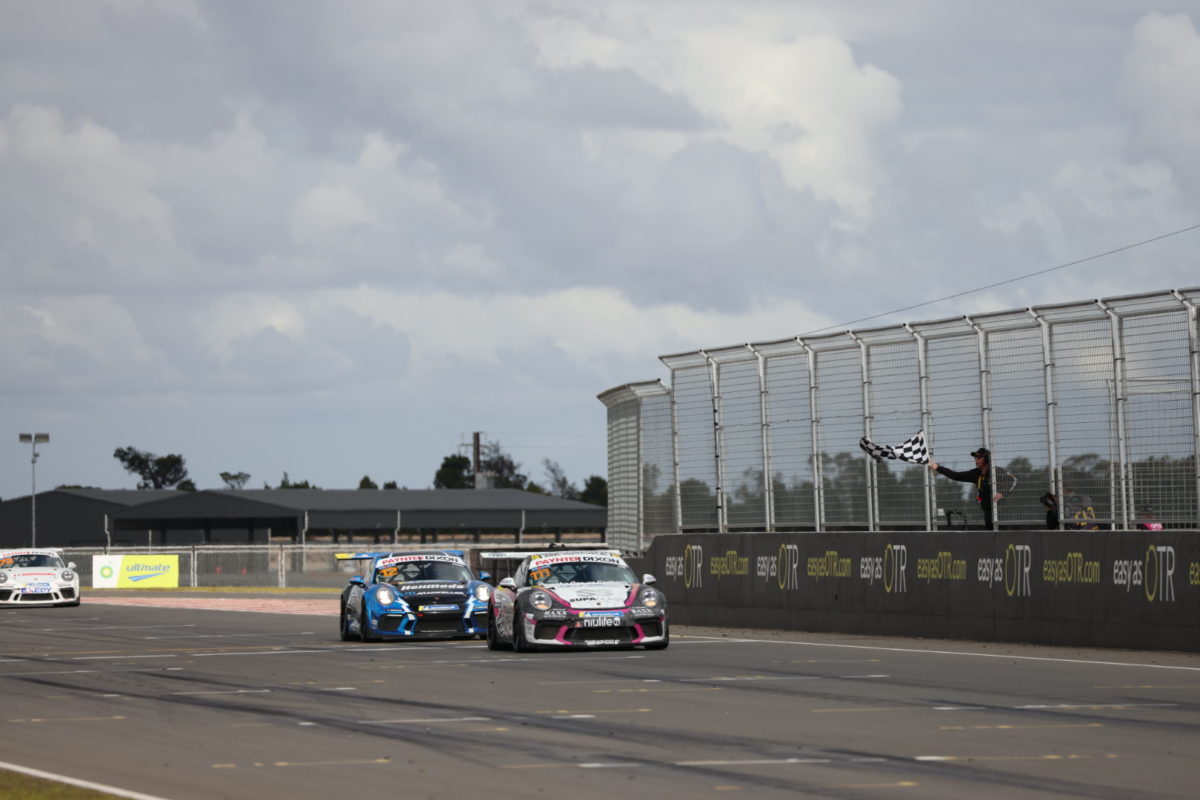 Hill narrowly led home Harri Jones in the 20-lap endurance affair, the duo keeping ahead of madness behind them.

Hill and Jones had tussled through the first several corners of the race, with the former eventually getting the upper hand in a decisive moment.

He would then keep his cool through two Safety Car restarts to take the chequered flag first.

“It was an extremely hard 45 minutes,” said Hill.

“Five laps in a knew I would have to manage the car, I had to drive really straight, no mistakes, couple of restarts to spice it up as well, but just really happy to come away with the win.

“Harri was stronger than me in sector three, I was a bit stronger in sector two, so I just had to not make any mistakes and a couple of times we had to go side-by-side, but we gave each other some good racing room, it was really cool racing.”

David Wall was fourth, ahead of a hard-charging Matt Payne, whose Earl Bamber Motorsport crew had worked until 04:00 this morning to repair his Porsche following a crash yesterday.

Luke Youlden was sixth, following a last-lap coming together at Turn 7 with Nick McBride for the final podium place.

That incident had come with the pack bunched up due to a last-lap restart after Aaron Love had triggered a late Safety Car with a spin into the gravel trap.

Craig Lowndes recovered to seventh after being bumped wide by Love earlier in the race.

Dale Wood took the flag eighth but has now been classified 13th after making contact with Michael Almond during an eventful final lap.

That penalty promoted Cooper Murray to eighth, Jackson Walls to ninth, and Christian Pancione to 10th.

“My start wasn’t the best, Dean Cook ran past me on the outside and gave me a bit of work to do, but I just put some solid lap times in and watched it all happen around me,” he said.

“Once the Safety Car bunch the field up, I had all the Pros in both mirrors trying to pass me, with Sam [Shahin] right behind me too, so it was a really tough finish.”