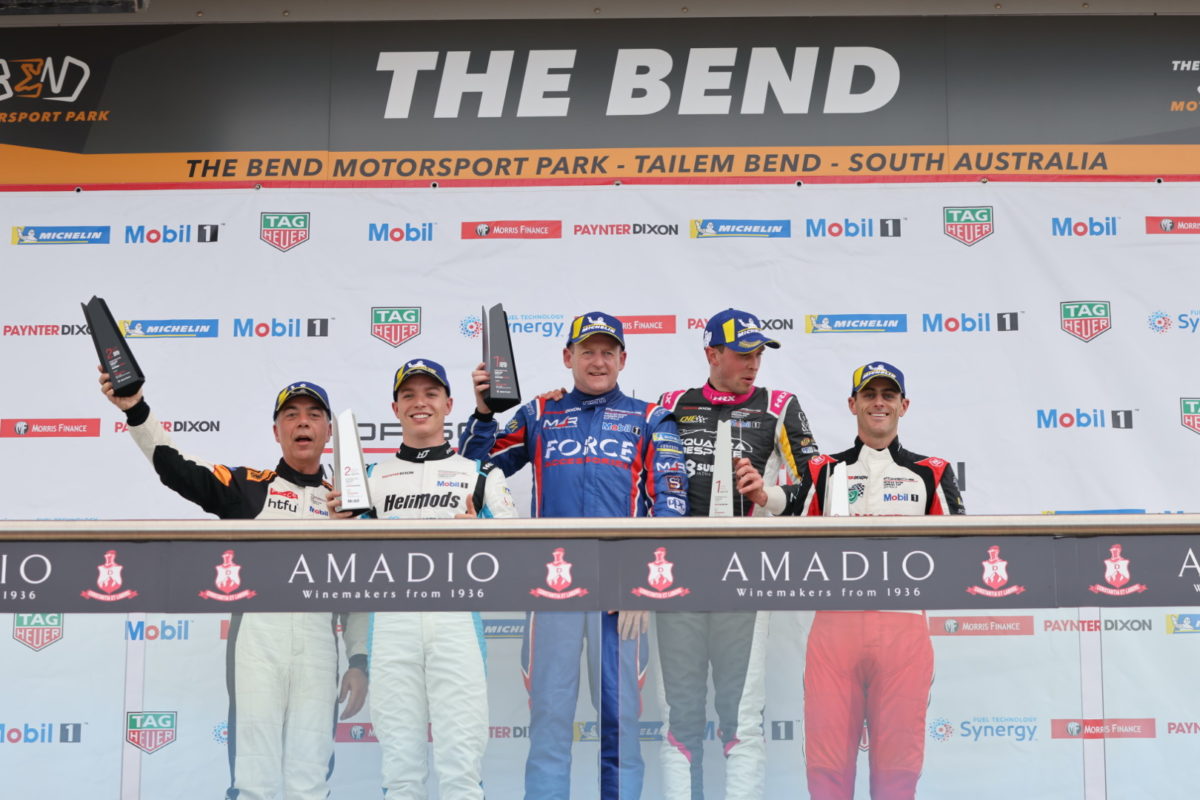 Cameron Hill has completed a cleansweep of the Porsche Paynter Dixon Carrera Cup Australia round at The Bend Motorsport Park.

Matt Payne continued an impressive weekend by taking third in the 11-lap heat.

For Hill, he becomes just the sixth driver in Carrera Cup Australia history to win three straight rounds, having also taken the honours in the Sandown season-opener and the shortlived 2020 Australian Grand Prix event.

“Perfect weekend for us,” said Hill.

“We got a bit of luck on Saturday but we’ll take it when it comes and happy to extend the lead in the championship.”

Jones was second for the round, with Wall third.

Sam Shahin took the Pro-Am honours in Race 3, with Geoff Emery the class round winner.