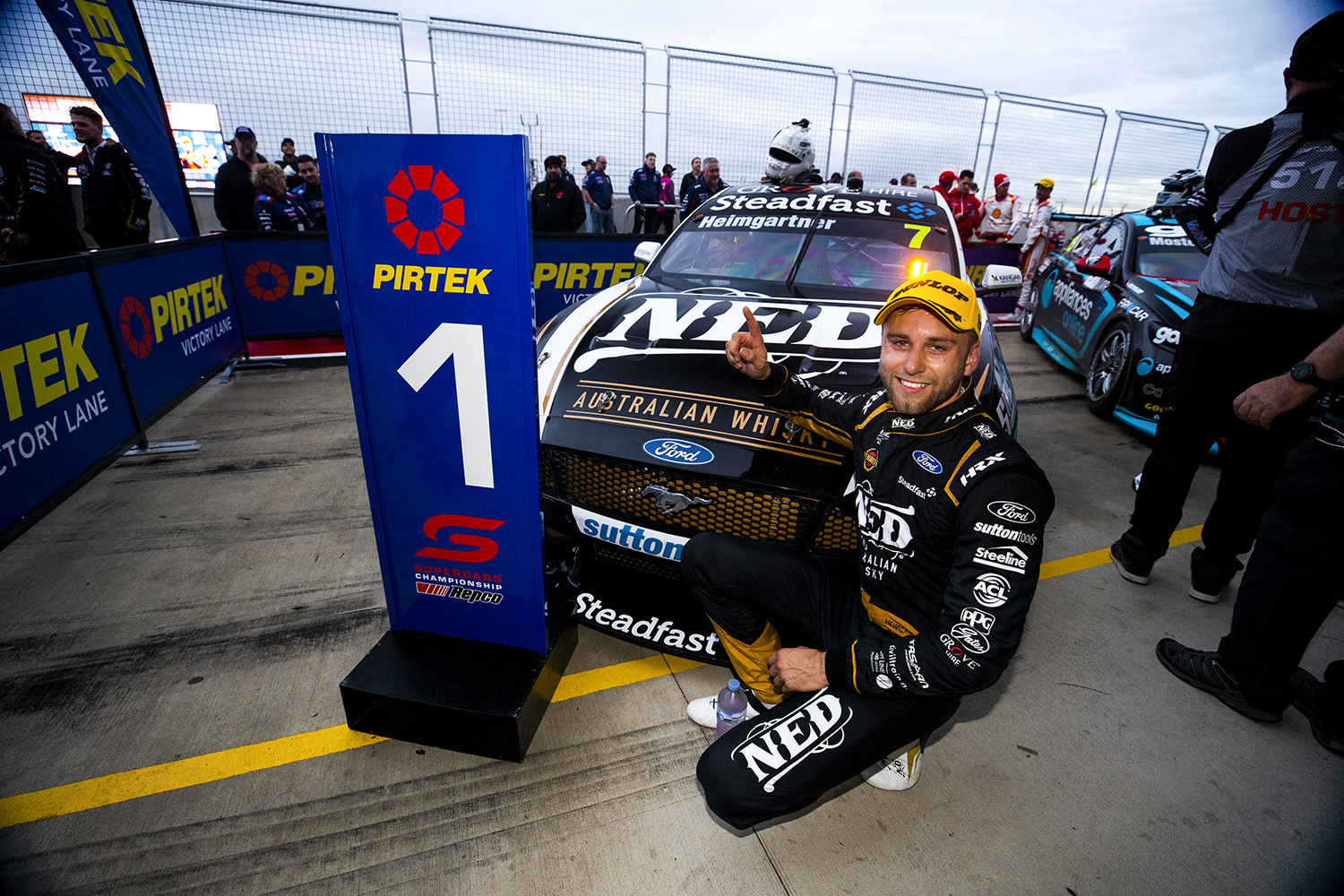 Stephen Grove says a culture shift at Kelly Grove Racing has been key in the team’s ability to be race winning contenders.

The Braeside-based team underwent an ownership change in the recent off-season that saw the Groves buy a stake in the Kelly family business.

That has seen a change-up in the dynamic of the team, allowing co-owner Todd Kelly to focus on the running of the race team.

Stephen has primarily focused his efforts on the commercial side of the business while son Brenton has taken on a broad role within the team.

Speaking with Speedcafe.com, Stephen Grove said there has been a greater emphasis on instilling confidence in the crew that they can be winners.

“I think one of the things we tried to do from the very first day was to try and convince everyone that we could win and we weren’t happy to not be winning,” Grove explained.

“Everyone gets upset now when we don’t win and there’s a real belief. I think that’s been the difference, a change in the culture that people believe that we can win.

“It’s proof of understanding that if you get the right people and everyone believes that they can win, then they actually can win,” he added.

“That’s what we’ve proved and hopefully it can keep going.”

The newfound relationship between the Kellys and the Groves has already borne fruit.

David Reynolds took the #26 Penrite Racing Ford Mustang to a podium at the Sandown SuperSprint, just the second event of the Repco Supercars Championship.

At The Bend Motorsport Park for the OTR SuperSprint, Andre Heimgarnter did the double; claiming pole position and a win in the #7 Ned Racing entry.

For Grove, success so early on in the relationship is a significant confidence booster.

“It’s really good for the team. It’s good for Andre to win his first race. It’s fantastic. This builds confidence in the team.

“To see the expression on the faces of all the guys in there, all the way through the whole team, how excited they were, that’s what a win is about.

“We believe we can win. Moving forward it’s good.” 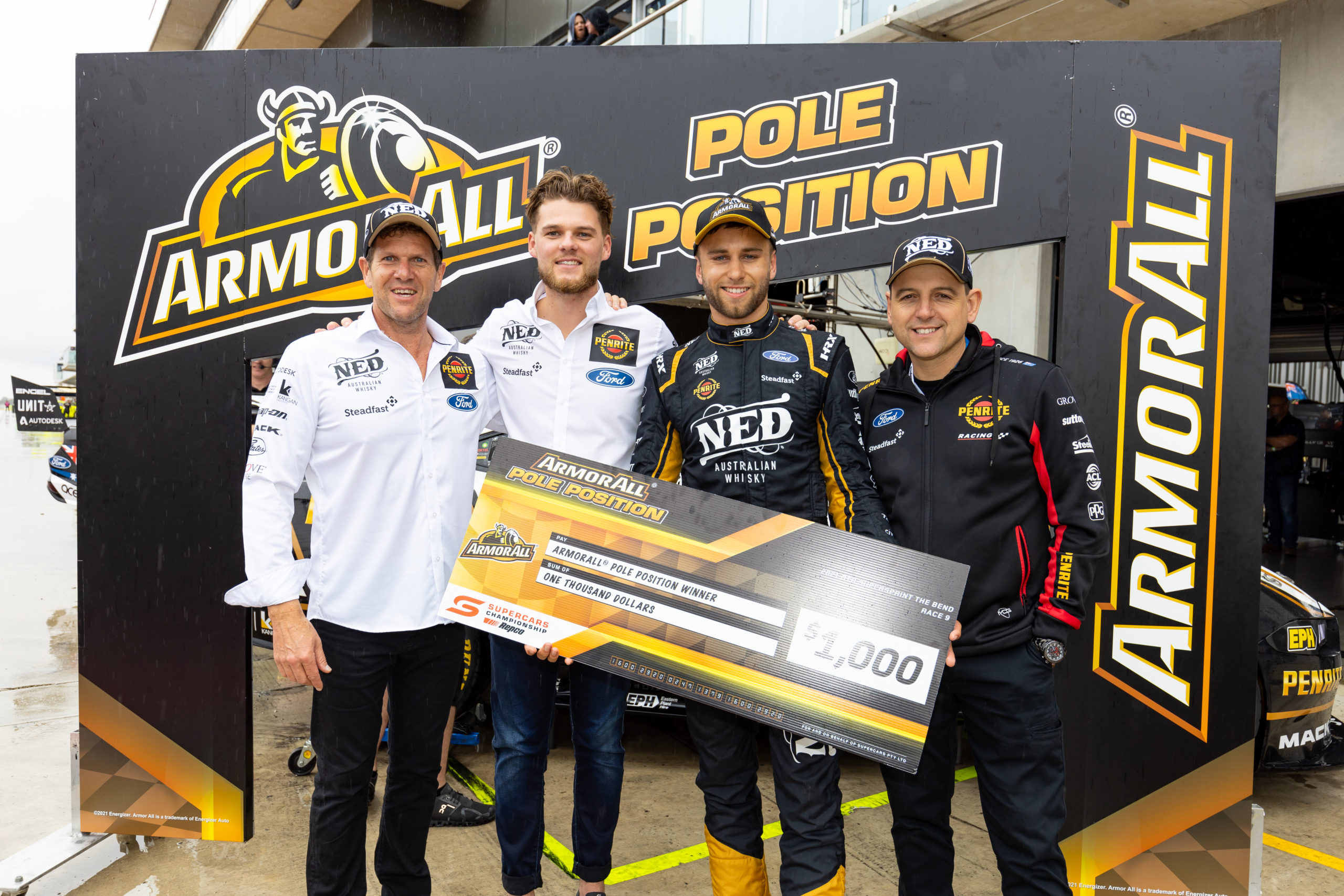 The team’s maiden win as Kelly Grove Racing wasn’t without a dose of drama.

Heimgartner received a five-second penalty for an unsafe release. However, the Kiwi stretched his legs and established a lead that put him well clear of his nearest rival, Chaz Mostert.

“When we got the five-second penalty it was just on five seconds,” said Grove.

“We were a bit worried. Chaz is normally pretty hard, he’ll come through, especially in the wet. Andre just kept doing fast sectors, fast laps, building a gap, and then we were comfortable.

“There was always the chance of a Safety Car, and if that had happened we would’ve been in trouble. I’m really stoked for the kid because he’s worked really hard.

“We need to keep building. We’re not getting too far ahead of ourselves. We’re doing a lot of upgrades, working hard on the car.

Heimgartner and Reynolds will have two more opportunities to give Kelly Grove Racing something to celebrate about this weekend.

Back-to-back 10-minute qualifying sessions will determine the grid for Race 10 and Race 11.