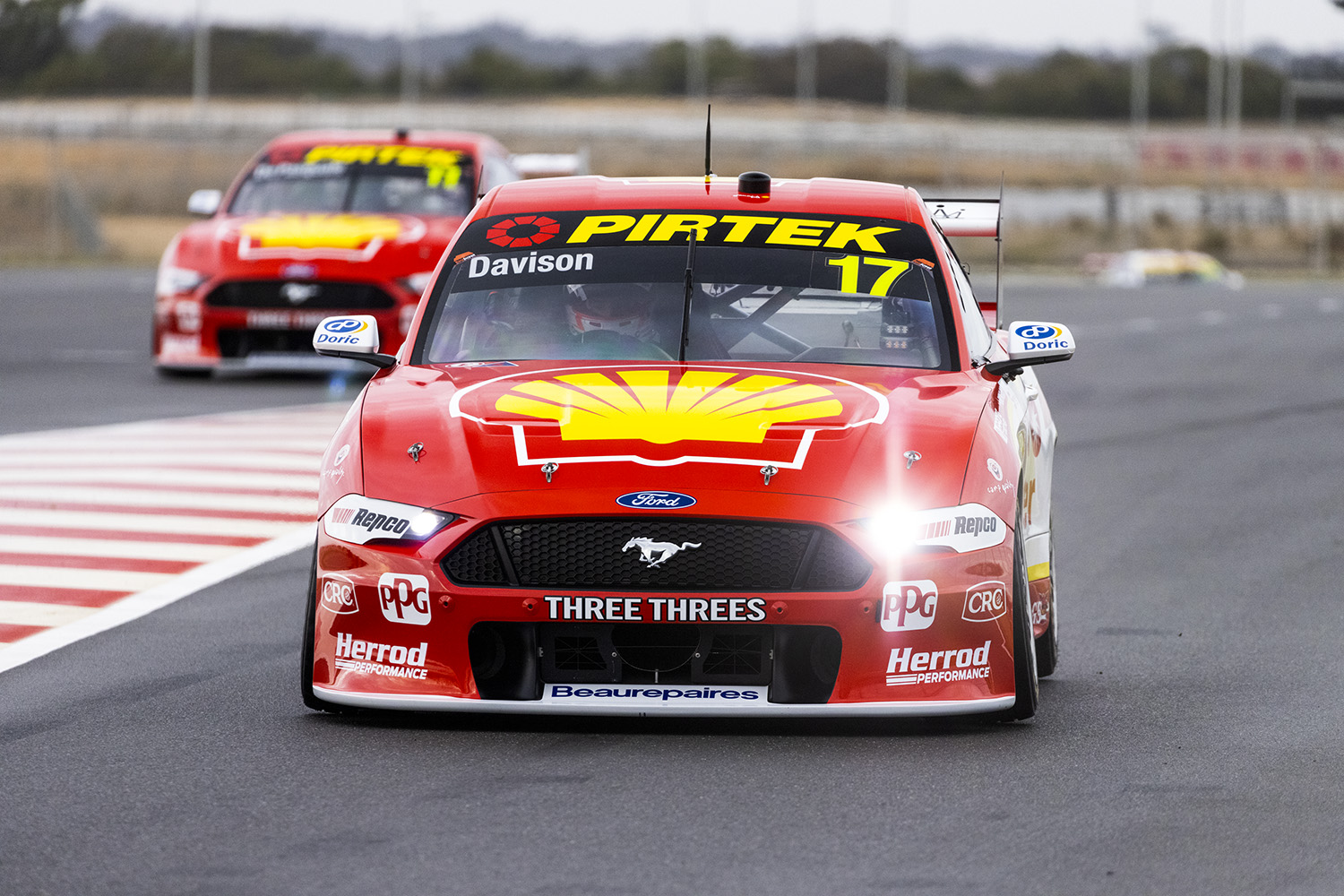 Dick Johnson Racing locked out the front row for Race 10

Will Davison says the Shell V-Power Racing Team is starting to come into its own, four events into an all-new driver line-up.

Dick Johnson Racing locked out the front row for Race 10 of the Repco Supercars Championship at the OTR SuperSprint this morning.

Davison hailed the efforts of his team, marking the first pole position for De Pasquale in his Supercars career.

“We knew it was good. We didn’t quite nail it, but it’s fun to drive.

“Huge congrats to Anton and the team. We’re really starting to show our colours now.

Qualifying wasn’t without drama for the #17 pilot, who suffered a gear lever issue in the second session.

Davison was on course for a fast first lap, but bailed to the pit lane after locking up at the penultimate corner.

“I’m not sure exactly what the issue is, but it basically wasn’t centering after you pull up a gear,” said Davison.

“The gear stick was just flopping around everywhere. I had to manually shift up, place it back in the centre position, and it was really difficult.

“I kept missing gears. I had to recentre it to then downshift to make sure I got the next downshift. Not ideal.

“I was on a really good first lap, the first one. I knew I had the issue but it got stuck in the gear out of Turn 15. I couldn’t believe it because it was a really nice lap.

That lap would take him to fifth, 0.4s adrift of team-mate and pole position winner De Pasquale.