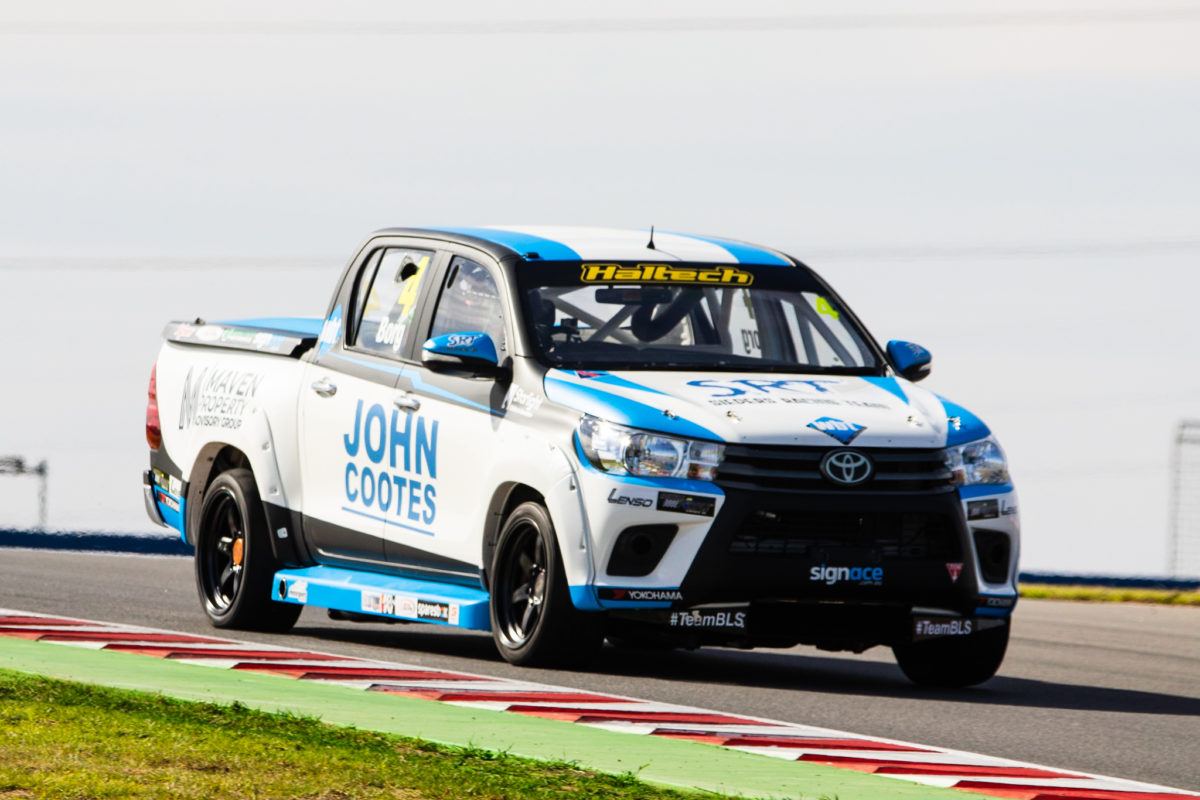 Aaron Borg has won Race 3 in his first round in the Haltech V8 SuperUte Series, at The Bend.

While Borg has history in the V8 Utes category of old, this weekend’s season-opener represented his first in a SuperUte.

The Sieders Racing Team driver took a 2.3s victory over Peters Motorsport’s Ryal Harris, who claimed round honours after victories in Races 1 and 2 at the OTR SuperSprint.

Cameron Crick (SRT) got the jump from the outside of the front row and led Harris, Borg, Craig Woods (Western Sydney Motorsport), and Ben Walsh (WSM) to Turn 1.

Harris went up the inside of Crick at Turn 13 while, in the background, Walsh ran off at Turn 12 and dropped to near the back of the 12-car field.

Borg also got through on his team-mate before the standing lap was out, at Turn 17, and he was not going to let Harris get away either.

He forced the 2018 SuperUtes Series winner to defend at Turn 6 on Lap 2, but nearly handed second spot back to Crick when he tried to hang on the outside of Harris.

Borg hung on to the position and put the move on #58 in conventional fashion at that same corner a lap later, after which he was unchallenged.

Harris ran second thereafter, with Crick taking third and Woods five seconds further back in fourth after the eight laps of racing.

Walsh made his way back to fifth following his Lap 1 off, albeit more than 16 seconds behind Woods at the chequered flag.

Harris takes a four-point series lead over Borg to Round 2, which supports the Winton SuperSprint, on May 29-30.