Concerns about the tyre life struggles that hampered Chaz Mostert’s first visit to The Bend Motorsport Park as a Holden driver hurt him in a different way yesterday.

But things came spectacularly came unstuck in race trim; grid slots of first, third and second would translate to race finishes of 11th, 11th and 16th.

WAU and Mostert took lessons from that experience into the OTR SuperSprint this weekend; the #25 driver feels they may have even overcompensated.

Mostert started and finished second in the Saturday race at The Bend, unable to challenge pole-sitter and winner Andre Heimgartner.

“After last year with tyre debacles and especially around our team, we were pretty conservative today,” Mostert said post-race.

“That’s something we need to look into tomorrow.

“Overall we were around top three pace but Andre drove a perfect race and was super quick.

“Some of us have to pull our finger out to try to beat him tomorrow.”

Mostert on the whole cut a relatively pleased figure, having further closed the gap to championship leader Shane van Gisbergen. 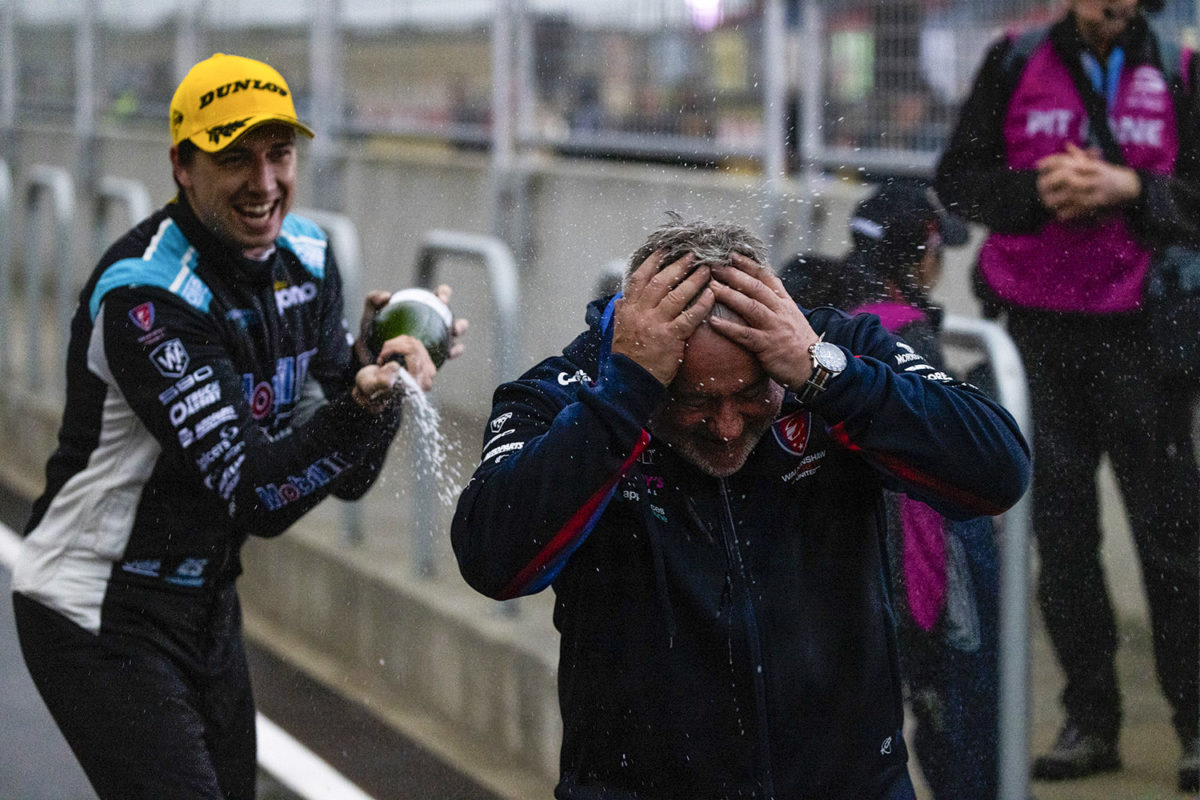 “Overall pretty happy to come off a win and back it up with second here in tricky conditions,” he said.

Mostert and fellow podium finisher Anton De Pasquale had held the race lead on the opening lap until both running deep.

When Heimgartner seized the lead at Turn 6, he would not look back.

De Pasquale admitted the result would likely have been unchanged even if he had pulled up his Shell V-Power Racing Team #11 Mustang.

“We didn’t have the pace of Andre,” said De Pasquale.

“Obviously being in front, it’s a big advantage, it helps a lot with the aero wash and all of those things you talk about.

“Whether we had the pace, that’s something I don’t know, I’m not too sure about.

“It made our race harder than it was going to be but I’m still here and I’m pretty happy.”