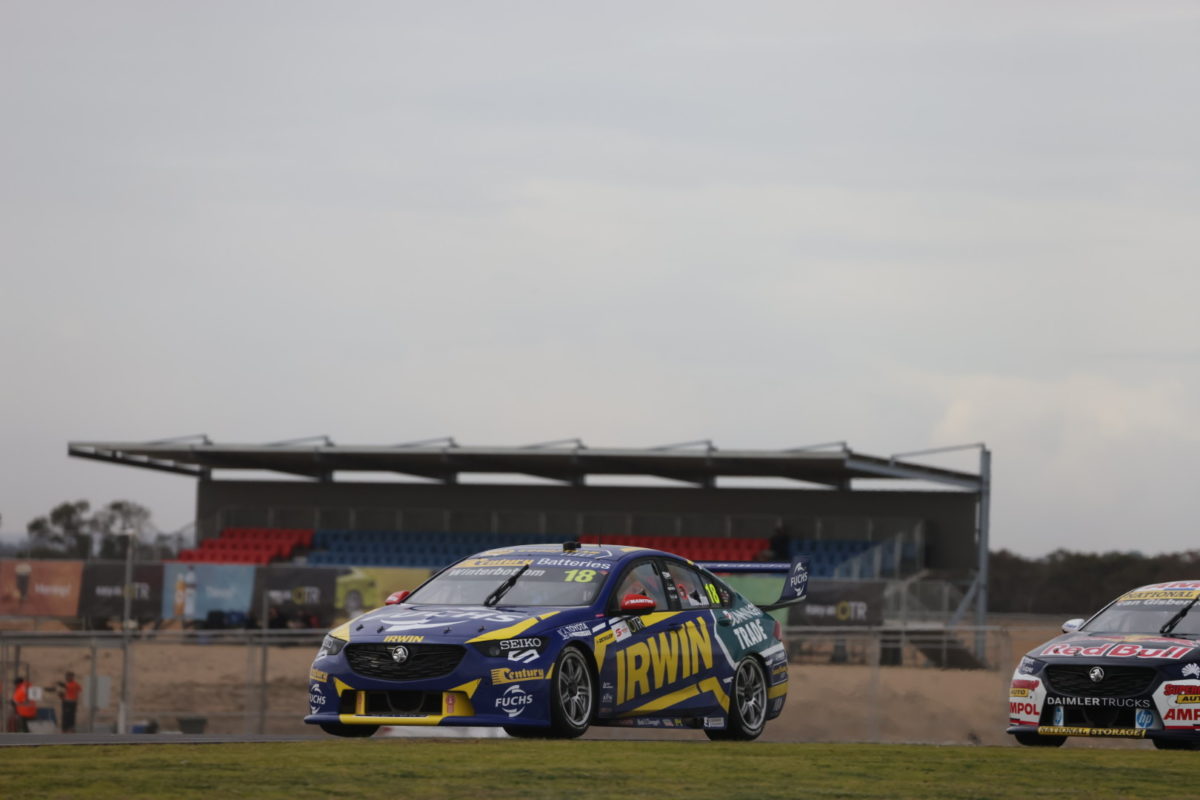 Mark Winterbottom has set the pace on a drying track in Practice 1 for the OTR SuperSprint at The Bend Motorsport Park.

The Team 18 driver guided the #18 Irwin Tools ZB Commodore to a 1:50.4944s with the chequered flag out on the half-hour opening session for the Repco Supercars Championship field.

The session began on a track left slippery from a shower earlier in the morning, and most of the field headed out on wet tyres.

Davison backed that up with a 2:00.8306s next time around and, from there, all the pace was on slick tyres.

The Walkinshaw Andretti United driver continued to make time, setting a 1:57.5342s and a 1:56.4291s on consecutive laps, before the fastest time was reset four times in the 23rd minute.

Whincup and Percat were both threatening to go faster again when a red flag came in the 24th minute due to Courtney spinning at Turn 6 and beaching the #44 Tickford Racing entry.

With an obvious dry line having formed, the pace continued to step up when the field was unleashed onto the circuit again.

The last to advance the benchmark was Winterbottom, while van Gisbergen had been shuffled all the way back to eighth before he completed his final lap.

For reference, a low- to mid-’48’ was the best pace in light rain during practice last year on the International Circuit.