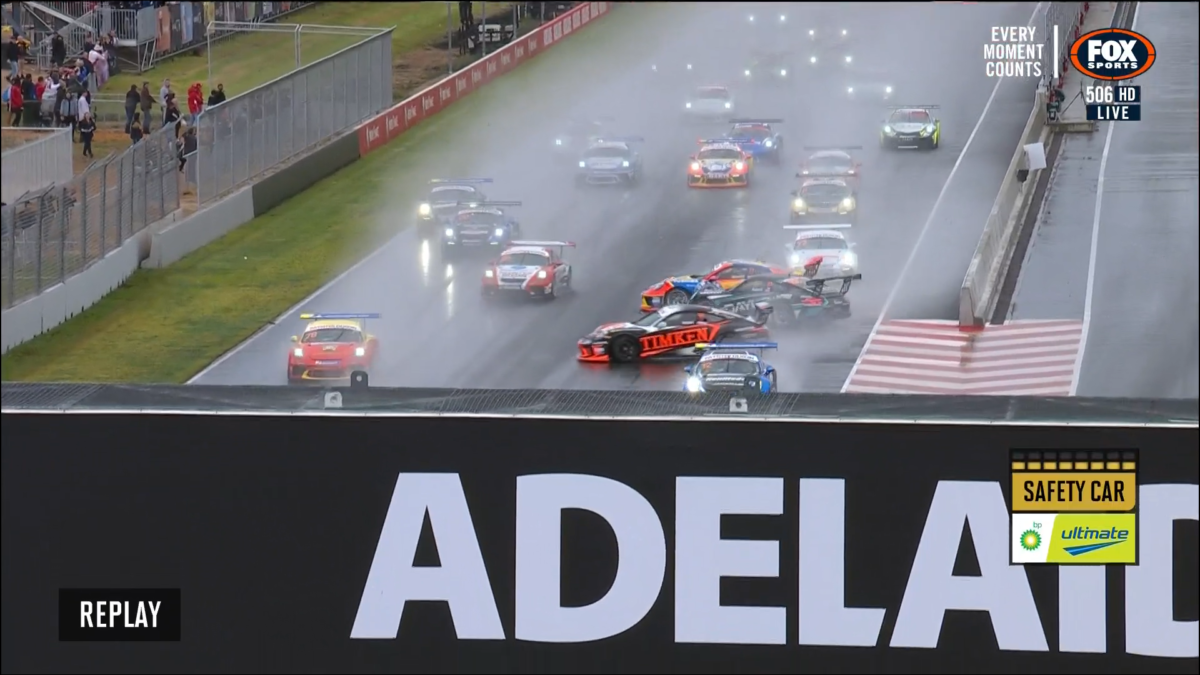 Cameron Hill ended up taking the chequered flag at The Bend Motorsport Park under yellow flag conditions, in a race shortened from 11 laps to six due to time certainty.

That will help him extend his series lead, although full points may not be awarded due to less than 75 percent race distance being completed.

The carnage started moments after the lights went out, as David Wall was sandwiched between Michael Almond and a slow-starting David Russell.

The latter was subsequently flung into the path of an innocent Dale Wood, whose right-front tyre was plucked off in the heavy contact.

Others to get caught up in the incident included Ben Stack, Tim Miles, Adrian Flack, Indiran Padayachee and Sam Shahin.

The latter – who owns the Tailem Bend circuit – was one of two involved cars able to continue, the other being Wall.

At the very front, Cooper Murray had outdragged pole-sitter Matt Payne to take the lead.

A Lap 5 race restart brought more trouble, as Payne and Aaron Love collided on entry to Turn 1 in the battle for second.

Payne’s car was spun around and collected Murray; the former being eliminated on the spot and the latter managing to limp home in 18th and last.

That incident brought the Safety Car straight back out, and green flags would not show again.

Hill inherited the lead during the restart melee and would go on to win from Harri Jones and Wall.