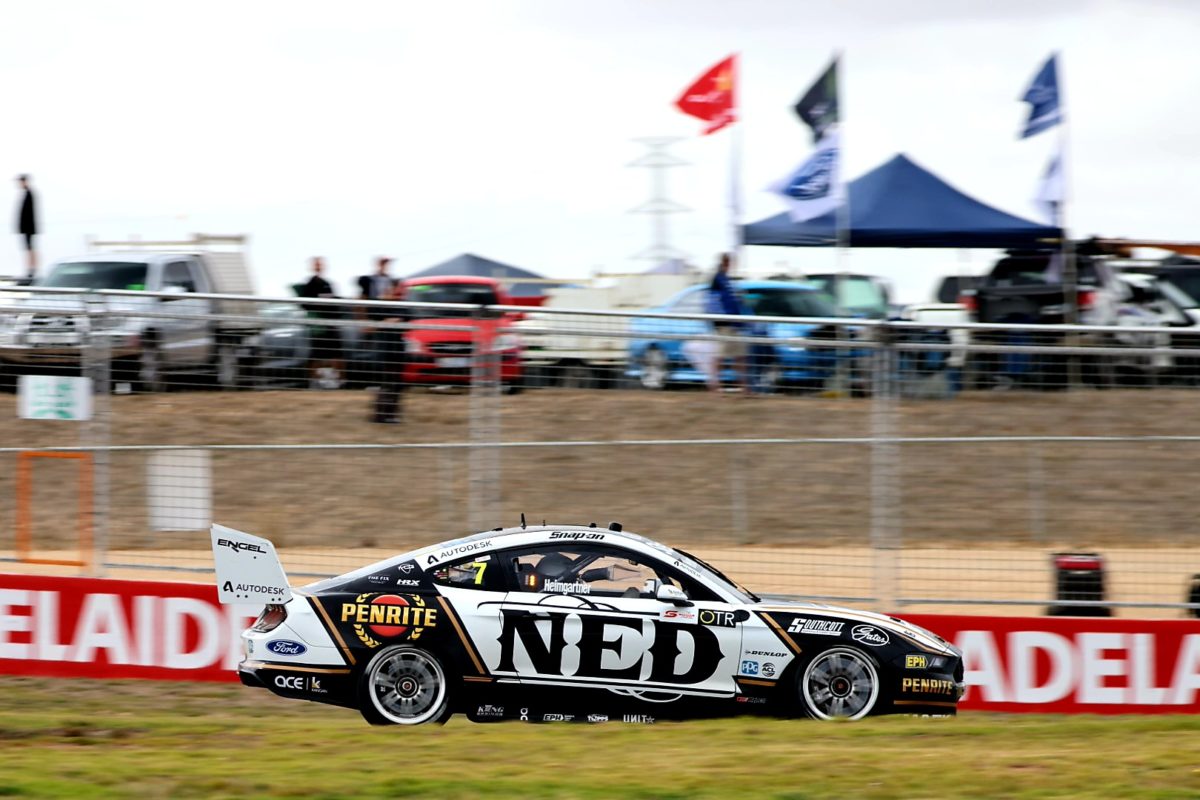 Andre Heimgartner has gone fastest in another weather-affected, second practice session for the OTR SuperSprint at The Bend Motorsport Park.

While the circuit generally dried over the course of the 30-minute hit-out, the best lap times were still not quite representative of normal pace, with Heimgartner’s benchmark a 1:49.2419s in the #7 Ned Mustang.

Nevertheless, the Kelly Grove Racing driver edged Red Bull Ampol Racing’s Whincup by 0.1628s, well after the chequered flag, with Will Davison ending up third in the #17 Shell V-Power Mustang.

While rain had stopped in time for the start of the session, the circuit was still partially wet and all who initially went out did so on treaded rubber.

Mostert did not bother to complete a lap on wets, but shot to the top with a 1:59.1184s in the 11th minute, once he had slicks on the #25 Walkinshaw Andretti United entry

Similarly, Macauley Jones had gone out later than most and was on slicks immediately, taking the ascendancy in the 12th minute with a 1:57.9570s in the #96 Coca-Cola ZB Commodore.

He and Mostert traded fastest laps for a period of time, the latter getting all the way down to a 1:51.5779s immediately before pitting to end his first run proper.

Despite reports of light rain, inconsistent though it may have been, the final few minutes did prove to be a relative ‘happy hour’.

With the chequered flag out, Whincup jumped from 15th to first with a 1:49.4047s but Heimgartner, who had been shuffled all the way back to 20th, had even more pace.

“We went out on greens really late,” said the Practice 2 fast man.

“The car was good, I knew I could do the time. I could gave gone a bit faster again but I made couple of small mistakes that cost a few tenths. But I’m really happy.

“The car this weekend, we continued it on from where we were last year, so I really know what I’ve got under me, which is half the battle.

“In those conditions, you want to know what you’ve got.”

Thomas Randle (#55 Castrol Mustang) was 18th and Waters only 22nd at 1.6525s off the pace, although the latter did not appear to put a genuine lap together either due to mistakes or choosing to pit while on a fast one.