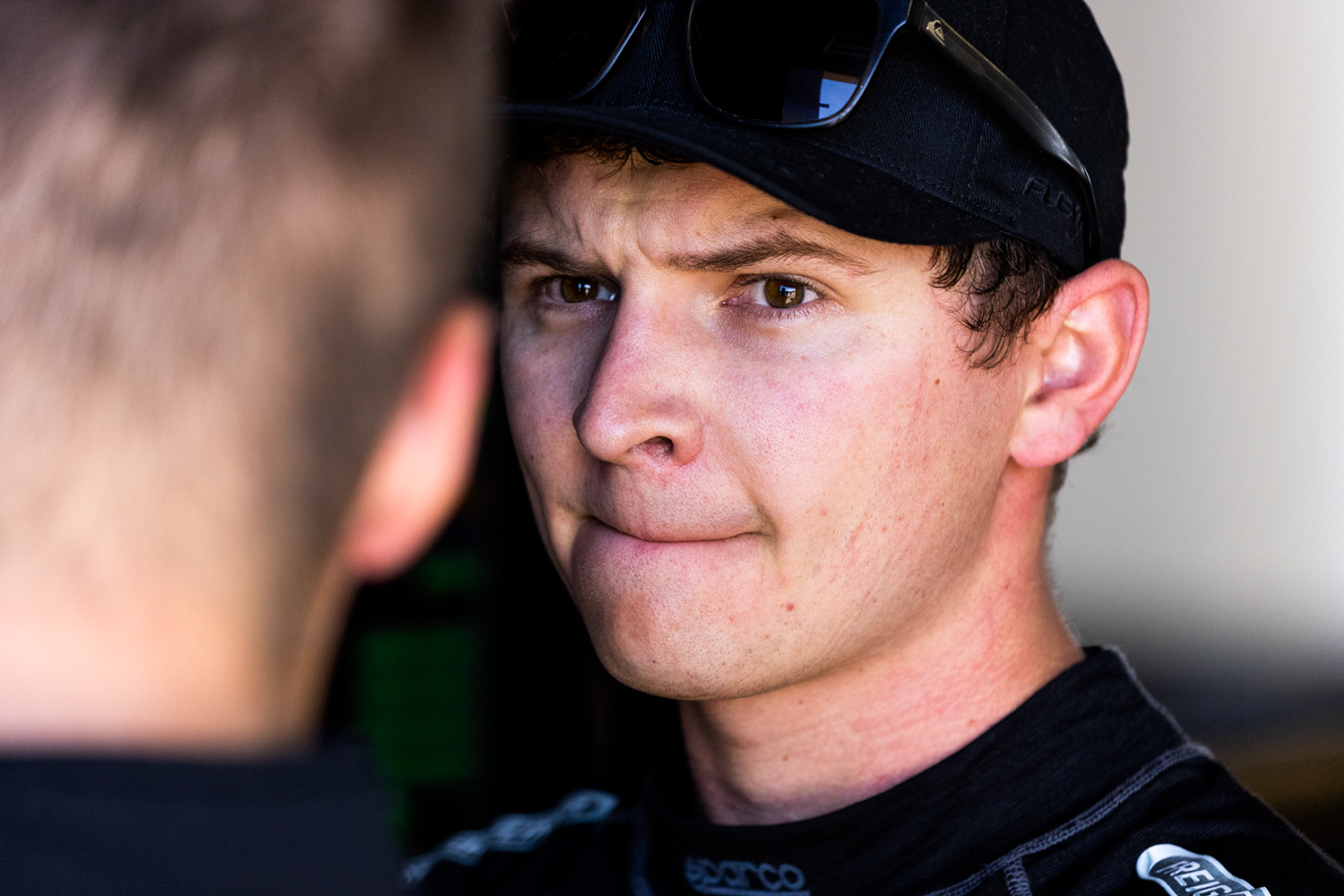 Todd Hazelwood was left bemused by an incident with David Reynolds in Practice 2 that left the #14 Holden ZB Commodore scratched up at the OTR SuperSprint.

Hazelwood, who is carrying local support from TRG Transport, said he received a hit by the Kelly Grove Racing driver while on an out lap.

“I was pretty peeved about it because the TRG Transport Supercar looks so good and Dave Reynolds gave me a push and a shove on an out lap of a practice session,” said Hazelwood.

“I don’t know what his agenda was there, but anyway, let that one go to the keeper.”

The right rear corner of Hazelwood’s rear bumper sported some damage after the alleged contact.

“Us race drivers are pretty dumb, but we do remember this stuff,” Hazelwood joked.

The Brad Jones Racing driver was seventh quickest in the final practice session ahead of qualifying.

Hazelwood and his team-mates have struggled of late in qualifying. However, the 25-year-old said was optimistic about his chances amid a strong showing in practice.

“It’s a bit of a lottery, trying to get the tyres on at the right time in the right conditions,” said Hazelwood.

“My first flyer, there was a bit of sprinkles around and the first sector sort of hurt. Our collective time puts us P2 in that whole session. A lot of positives to take out of that.

“The car feels pretty strong in all conditions whether it be wet or that sort of greasy dry conditions. We’ll see what we’ve got for quali now, that’s the biggest hurdle for us.”