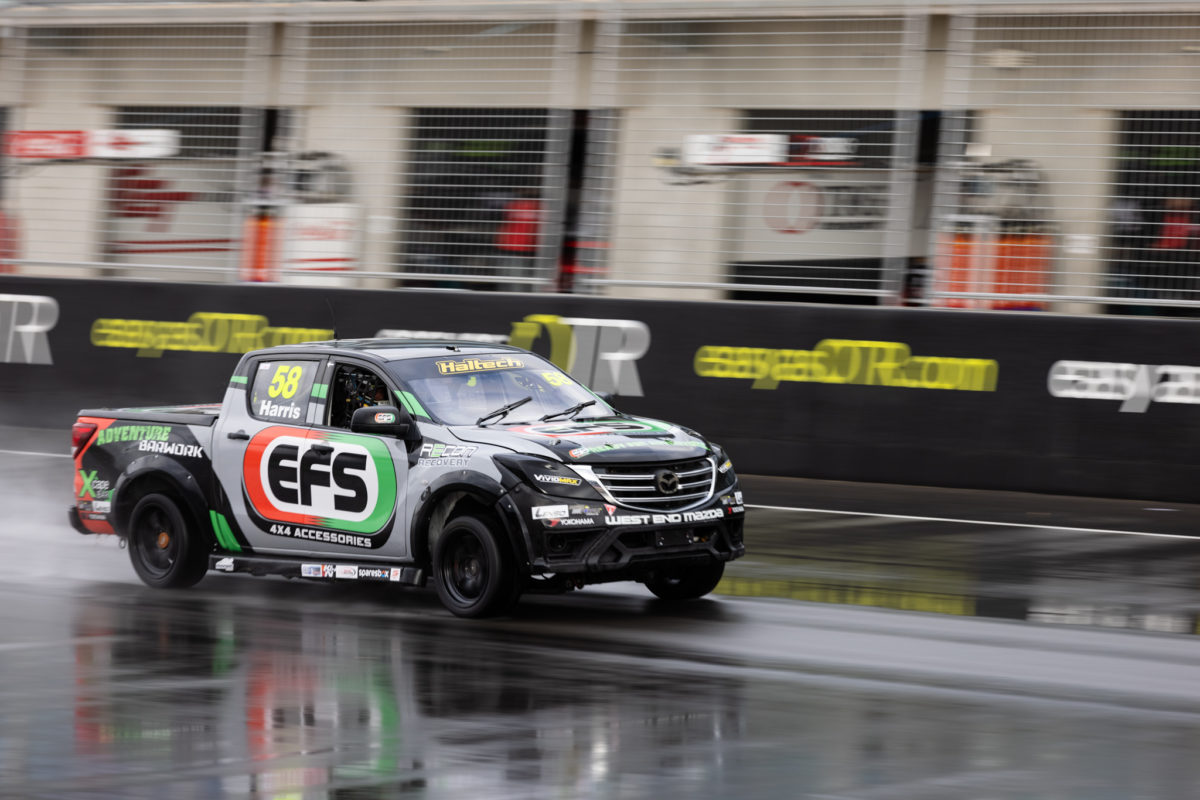 Ryal Harris has run away with the first race of the 2021 Haltech V8 SuperUte Series season at The Bend as Craig Dontas’ day came to an early end.

The Peters Motorsport driver ran second initially to Cameron Crick but cleared out once he passed was the pole-sitter and ultimately won by a margin of 4.3s in a wet, seven-lap contest.

A mid-race Crick error served not only to make Harris’ life easier but was also decisive in the battle for the minor placings given he could not get back ahead of fellow Sieders Racing Team driver Aaron Borg, who took the chequered flag in second spot.

Dontas ended up being a DNF, having sat sixth when he lost control on Lap 4 and smashed into a bare concrete wall near pit entry.

In a return to standing starts, Crick led the field to the first corner, ahead of Harris, while Dontas looked to have launched all the way from the third row of the grid to third position.

However, Ben Walsh (Western Sydney Motorsport) was able to sweep around the outside and take up third spot, with Borg dropping to fifth.

Craig Woods (WSM) passed Christopher Formosa (Allgate Racing) for sixth on the opening lap as Crick came under pressure from Harris and Walsh.

Harris was typically aggressive, giving the leading #7 entry a nudge on Lap 2 before diving down the inside through the sequence of right-handers on Lap 3.

By then, Borg had split Walsh and Dontas after both ran off at Turn 5, and Walsh dropped back when he had a lurid spin on Lap 4 at Turn 12.

Crick was already 1.4s back from Harris when he locked up and skated wide on Lap 5 at Turn 1, giving second spot to Borg, as worse was befalling Dontas. 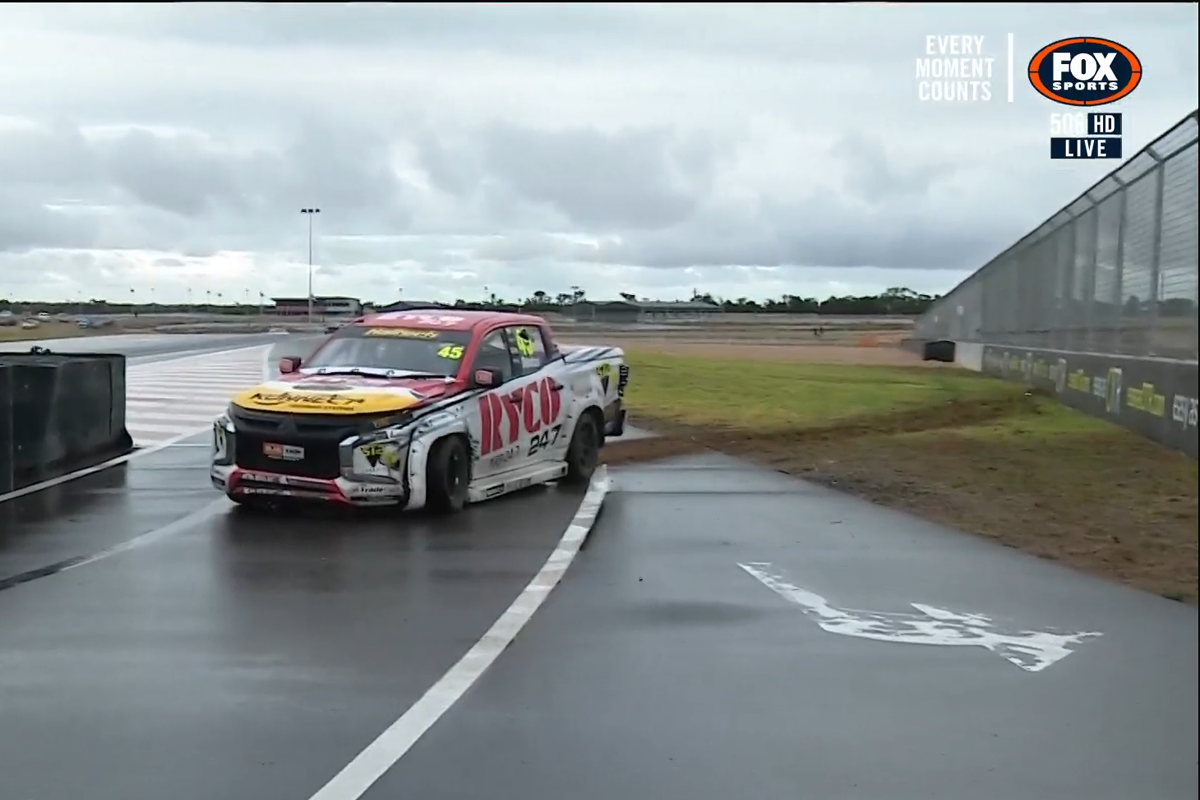 The South Australian had a moment at Turn 18 and the tank-slapper meant he careered across the wet grass before a hard hit with the wall.

Dontas walked away from the crash scene and while his Triton blocked pit entry, the race went on.

Harris held an advantage of more than four seconds thanks to Crick’s mistake and it remained roughly the same for the balance of the race.

Borg came under some attention from the pole-sitter in the latter stages but managed to hold on to second, with Walsh taking fourth and Woods fifth.