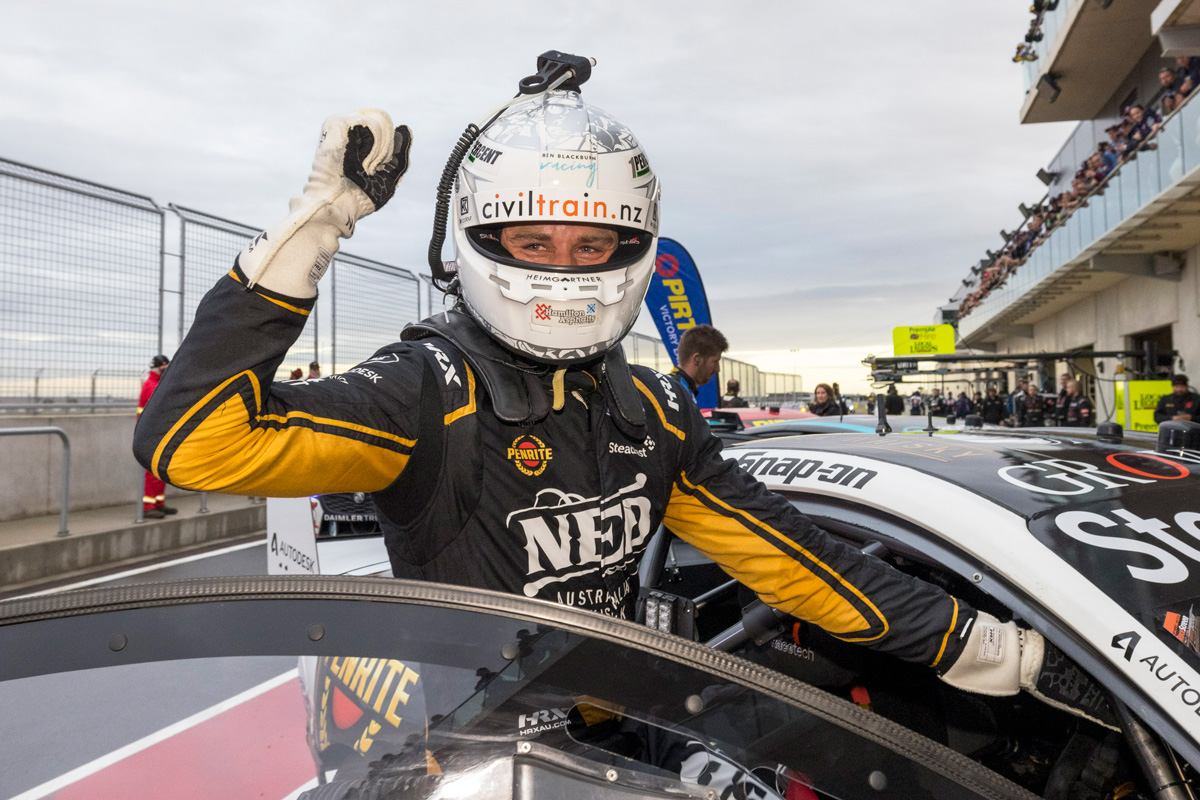 It was just a matter of years ago that a career in finance was staring Andre Heimgartner in the face.

The Kiwi was on the brink of retirement, his Supercars career seemingly having run its course.

Heimgartner was supreme in tricky conditions at The Bend Motorsport Park today, clinching pole position and then converting that into an 3.9793s victory – although the margin would have been even more if not for a five-second time penalty.

Bearing a big grin, the 25-year-old repeatedly described himself as “over the moon” – and it was his bumpy road that perhaps made the achievement all the more special.

After two uninspiring years with Super Black Racing and Lucas Dumbrell Motorsport, Heimgartner couldn’t even muster an endurance co-drive for 2017.

He did get a lifeline when Tim Slade’s co-driver Ash Walsh was struck down by injury, with Heimgartner putting in an eye-catching performance in a wet 2017 Gold Coast race, which would ultimately lead to a drive at Kelly Racing the following year.

“They obviously gave me the chance to come back into Supercars and replace Todd in 2018,” said Heimgartner.

“My career was basically over, I was getting ready to be a finance broker and be out of the sport, so getting an opportunity was massive and that was just after that Gold Coast wet race where I was able to get a 20-second lead.

“It’s good to finally repay that. He’s done a lot for me, well the whole family has, and now the Groves, so it’s really good to be able to repay that finally.

“I was literally four days away from stopping racing. So yeah, it was meant to be all over but thank god it’s not.”

Having experienced a flurry of commitments post-race, Heimgartner was clearly keen to celebrate the occasion with his crew, including long-time engineer Dilan Talabani.

“I just want to sit down for five minutes and take it all in,” he said.

Another two races will take place tomorrow on the final day of the OTR SuperSprint.