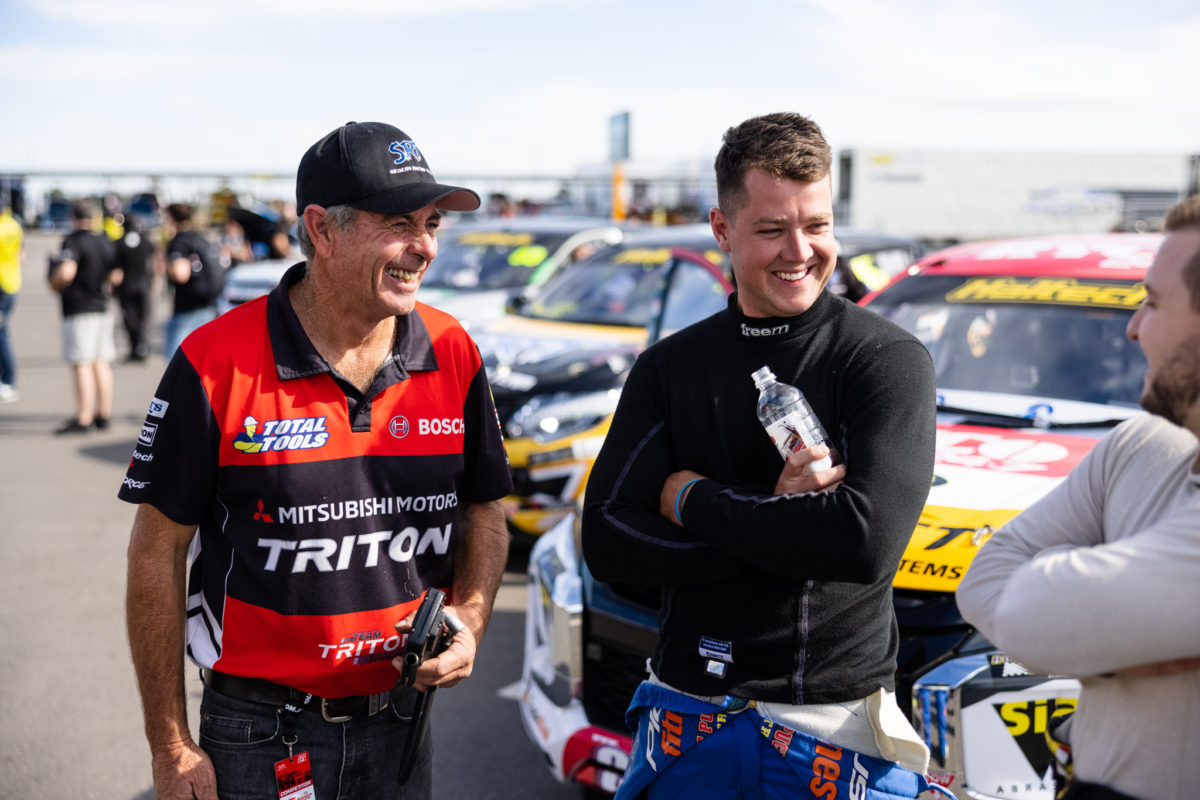 Cameron Crick has bested Ryal Harris in a battle for pole position which went to the end of a wet Haltech V8 SuperUte Series qualifying session at The Bend.

Harris (Peters Motorsport) improved after the chequered flag with a 2:28.9430s but Crick (Sieders Racing Team) was setting even faster sector times behind him.

He broke the beam at almost half a second quicker, with a 2:28.4444s, while fellow SRT driver Aaron Borg consolidated third.

Crick chose to step aside as they commenced their second laps, with Harris going on to set a 2:33.3638s, before Borg moved up to second position with a 2:34.8764s on his third lap.

That set the tone for the session, with Harris and Crick seemingly the favourites for pole, but Borg a possibility of upsetting them.

With the rain having stopped by then, and the track therefore drying, Harris found almost two more seconds, but Crick gained even more than that at his last chance.

Borg had already reclaimed third spot when he improved with a 2:30.3757s near the very end of proceedings, rebounding from a couple of offs during the session.