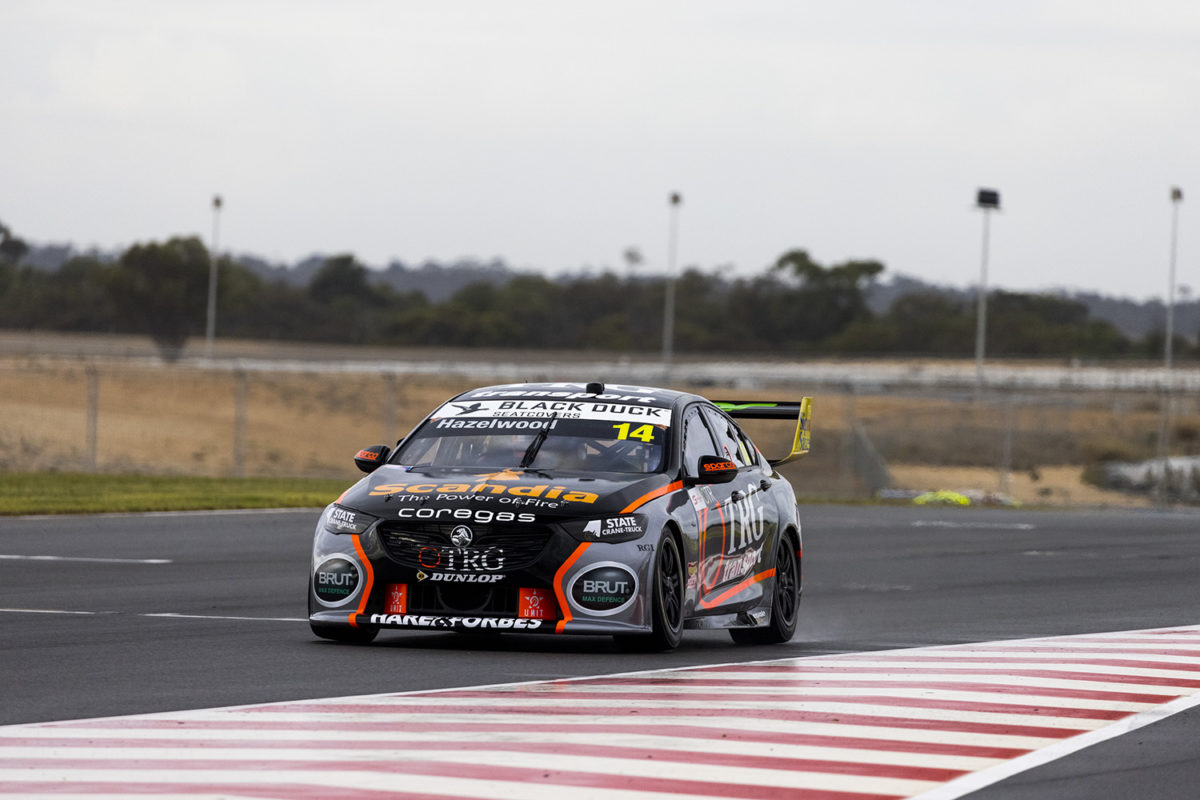 Brad Jones Racing’s drivers and crew have been left scratching their heads after another qualifying shocker.

On the back of a dreadful time of it last round at Symmons Plains, things only got worse on a wet opening day of Supercars running at The Bend Motorsport Park.

All four BJR cars were bundled out in the first part of Qualifying for Race 9, in fact locking out the back two rows of the grid.

That includes well behind the wildcard entries of Thomas Randle and Kurt Kostecki, with Hazelwood the team’s top qualifier in 23rd – some 4.625s off the Q1 pace set by Chaz Mostert.

Jack Smith, Macauley Jones and Nick Percat will line up 24th through 26th, having all been more than five seconds behind Mostert.

Hazelwood did speak on the broadcast, conveying the sense of frustration.

“It’s just annoying because two rounds in a row we’ve been at the back of the pack with quali so it’s incredibly frustrating… we just need to do a better job.”

The #14 TRG-backed driver said the priority was to now put that disappointment behind him and recover ground in the race.

“It’s done. You have just got to remove it, get the emotion out of it,” said Hazelwood.

“Full focus on the race now. We know we can pass cars, we’ve proven that in the last couple of rounds.

“Ideally we would like to be further up the grid… but look, the challenge is on now.

“We have to roll the sleeves up and give it everything I’ve got because we’ve got fast race cars and it’s a credit to the guys for hanging in there and giving it their all because they’ve been going to hell and back.

“I hope we can bring a good result for them.”

Andre Heimgartner took pole position for this afternoon’s 24-lap race, which will kick off at 16:05 local time (16:35 AEST).