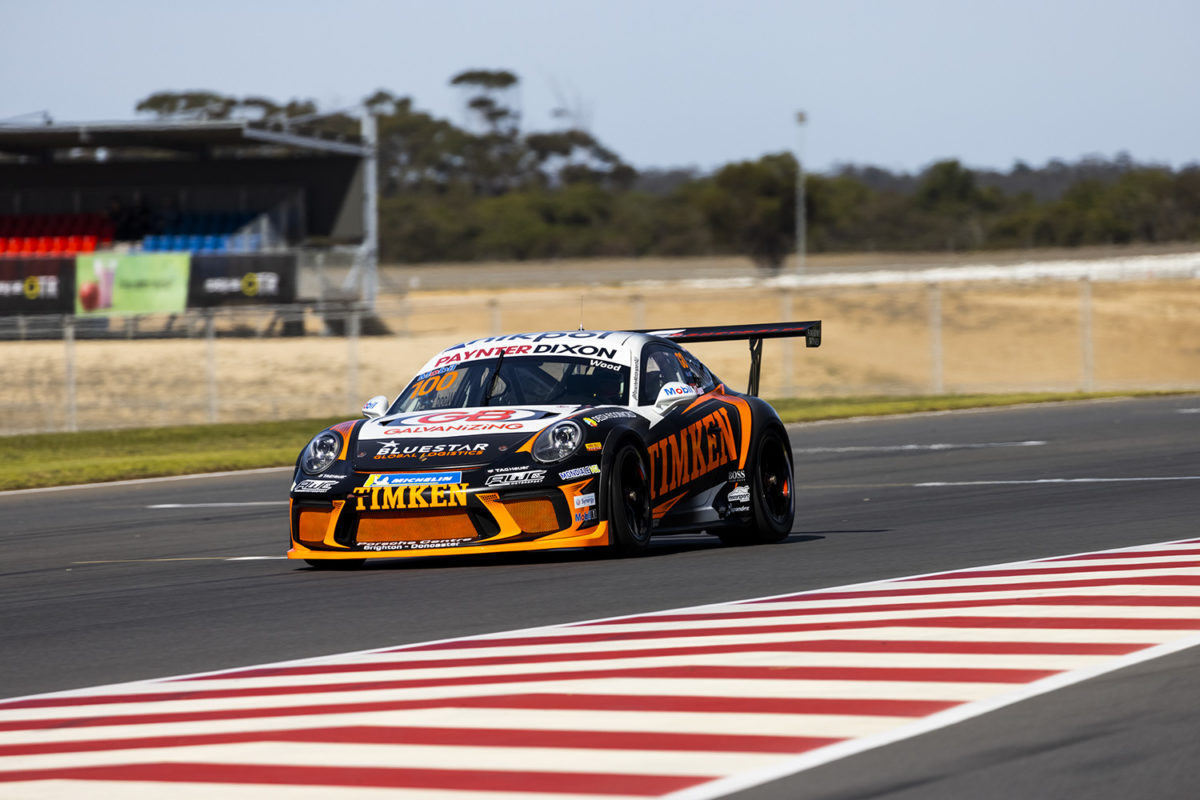 Wood laid down a best time of 1:51.334s in the second half of Practice 2 to lead the combined order from both practice hit-outs at the OTR SuperSprint.

He beat Matthew Payne by 0.09s in a narrow 25-minute encounter for the one-make Porsche series.

Nick McBride was a further three tenths behind in third position, followed by David Russell and Practice 1 fast-man, Cameron Hill.

Sixth went the way of Michael Almond, ahead of Jackson Walls and David Wall.

Cooper Murray and Harri Jones completed the top 10, while Adrian Flack was the best of the Pro-Am runners in 13th outright for Practice 2.

Hill started the day by topping the first session thanks to a 1:52.311s before the benchmark was lowered in the afternoon.