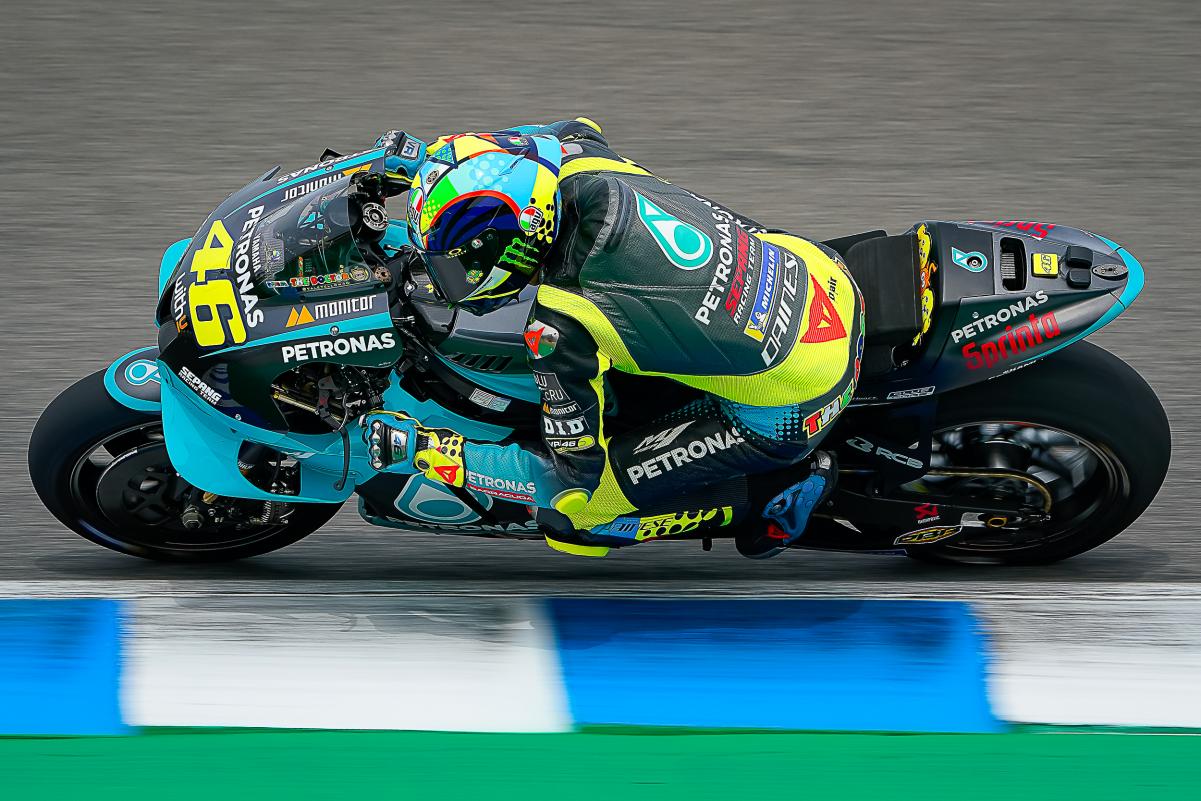 Valentino Rossi admits that he has “a desperate need to improve the pace” but believes he and SRT made progress at the Jerez post-race test.

The Spanish Grand Prix was Rossi’s third scoreless race in a row, even though he has finished two of those, after taking the chequered flag in 17th.

He is now 21st in the championship with just the four points achieved from finishing 12th in Round 1, the Qatar Grand Prix, for which he qualified fourth.

Even more damning is the fact that Monster Energy Yamaha duo Maverick Viñales and Fabio Quartararo collectively won the first three races of the season on the same-specification M1 as Rossi’s.

It could have easily been four from four for Yamaha had Quartararo not been afflicted by arm pump having led by around 1.5s at one point at Jerez.

Rossi continues to struggle with rear grip but, having gone 12th-fastest in the test, is upbeat about what he, SRT, and Yamaha achieved.

“We have desperate need to improve the pace, the feeling with the bike because we struggled a lot during the weekend,” said the seven-time premier class champion.

“The feeling is not so bad. We finished the day with a good feeling, especially because I feel better on the bike and I’m able to ride in a better way and I improved my pace a lot. We worked well with the team, mainly on the setting to improve braking.

“Also, Yamaha brought some new stuff that worked well, all which gave a small help to improve the feeling and the speed.

“I don’t feel comfortable with the bike, with my riding I’m a bit in delay and also this creates problems in acceleration because a lot of time I have a problem with rear grip on exit, I’m not able to exit from the corner fast enough.

“So, we worked a lot on the setting with David [Muñoz, crew chief], with front for settings, also weight distribution for [corner] entry in a faster way, for deeper and enter the corner with more speed.

“This is the target and we improved.”

Rossi, who is riding on a one-year contract with Yamaha, says he has the support of SRT during this frustrating period.

“It was a difficult race on a difficult weekend, in which at no time did I have a rhythm,” commented the Italian after the Spanish Grand Prix.

“It is a difficult moment, but the team, Petronas [SRT], is supporting me a lot.

“I have problems with the set-up and I am not going fast. You have to find a solution at a technical level.

“We have to be optimistic and stay motivated.”