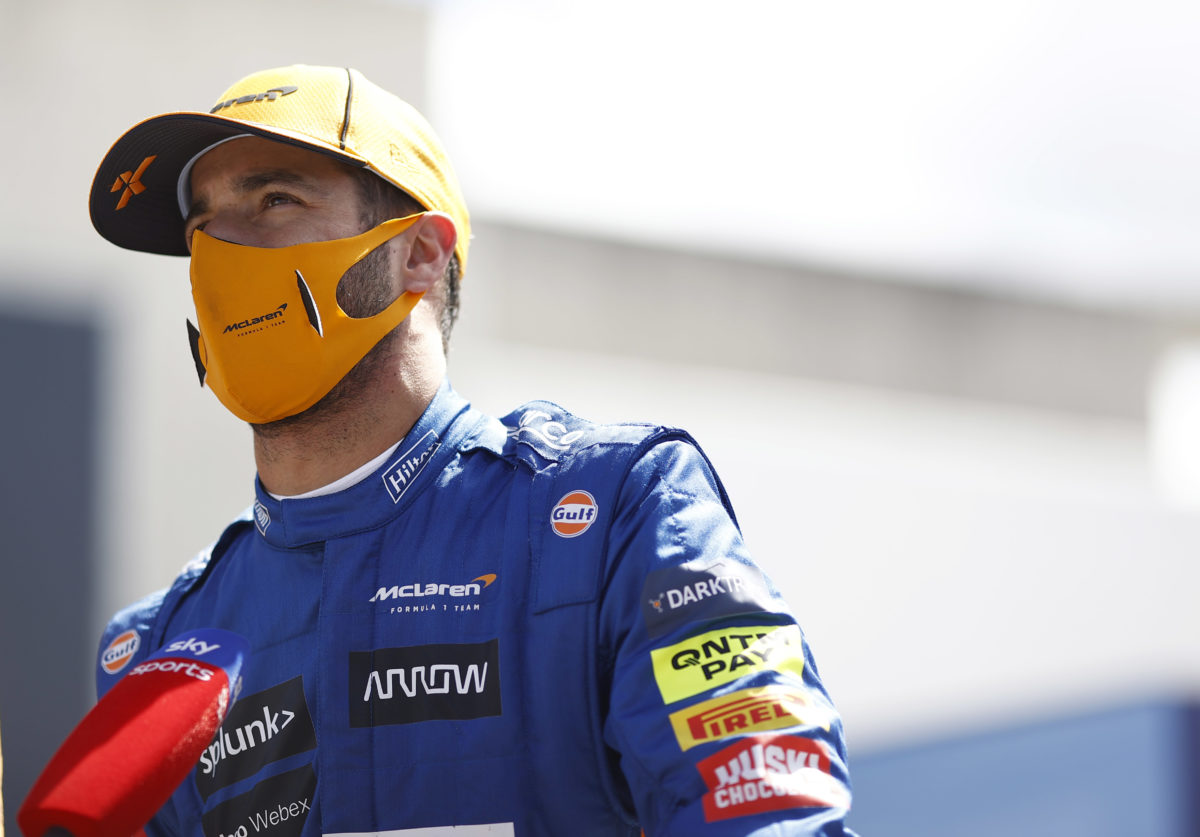 Daniel Ricciardo has joked that he needs to pull his finger out if he’s to win a race during the 2021 Formula 1 season.

Speaking ahead of this weekend’s Spanish Grand Prix in Barcelona, the Australian’s remark came following Lewis Hamilton’s observation that 20 races remained in the year.

“I’ll take a couple of wins,” volunteered his McLaren rival.

“You’ve got a good car, man,” was Hamilton’s response.

“I know, so I’ve got to pull my finger out,” Ricciardo assessed.

At last weekend’s Portuguese Grand Prix, Ricciardo charged back from 16th on the grid to finish ninth.

He’d started the weekend in a positive manner, suggesting he was beginning to feel more comfortable in the McLaren MCL25M.

A troubled qualifying session followed where a mistake at the start of his final flying lap was compounded throughout the rest of the lap.

It resulted in his early elimination from the session, and a lowly grid slot as a result.

To move forward in Sunday’s race was therefore somewhat expected, though Ricciardo admitted there were again periods where he began to feel more at home in the car.

This weekend’s Spanish Grand Prix in Barcelona takes the F1 circus to a venue with which it is intimately familiar.

While Bahrain hosted this season’s sole pre-season test, the Barcelona venue is the now traditional home of winter testing.

And just a week after the Portuguese Grand Prix, Ricciardo is looking forward to the race.

“Normally this track is not one which you get that excited for because in a normal year, you’ve kind of done 1000 laps of testing, and then it’s all kind of too familiar.

“But I think familiar is probably good right now for me with the car, and to kind of get into a circuit which I know very well, so I’m actually really looking forward to this one.”

Free Practice 1 kicks off this weekend’s proceedings in Spain at 19:30 AEST this evening.