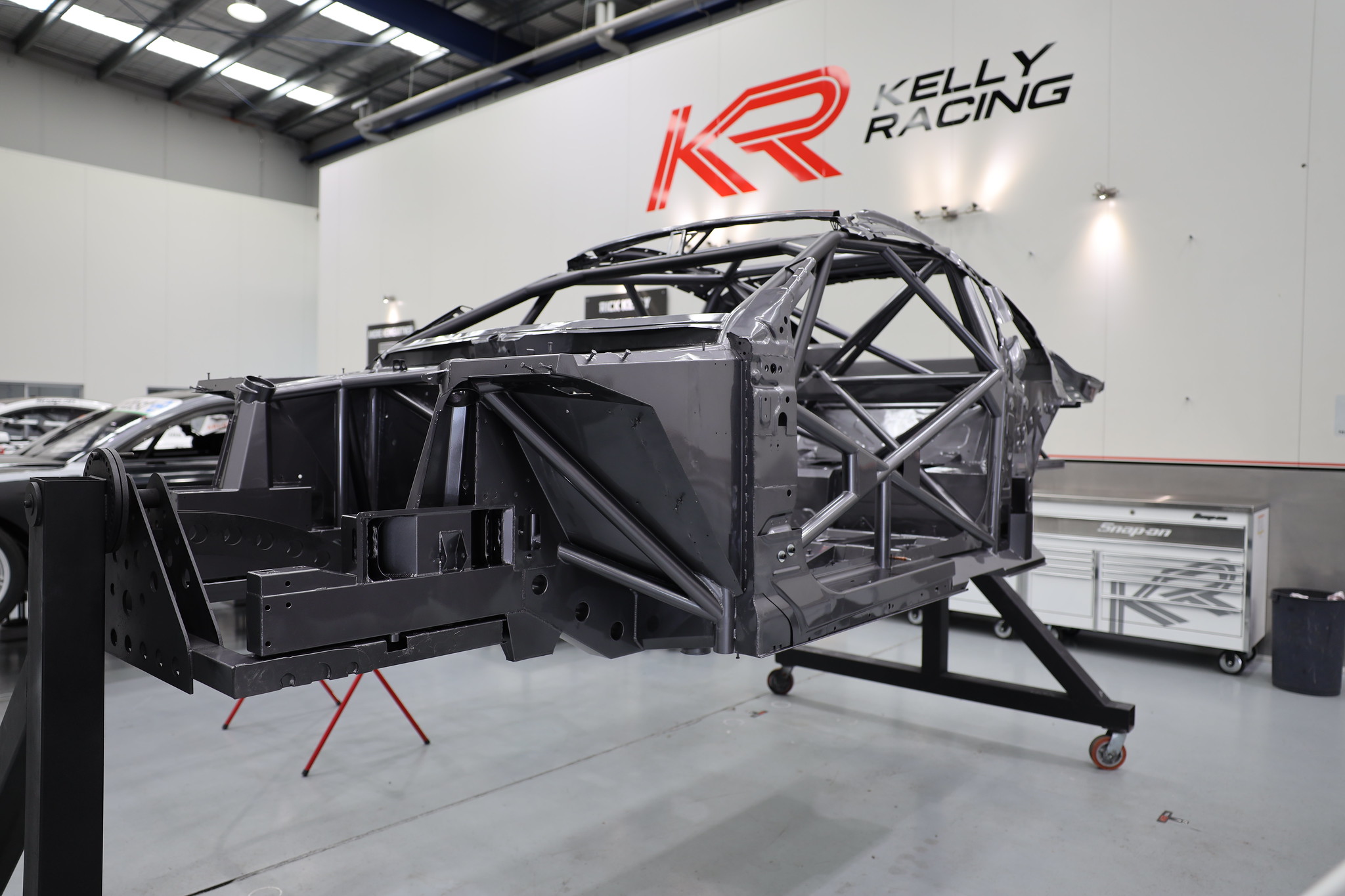 A date hasn’t been set for the rollout of the new chassis, though the car may be ready in time for the Sydney SuperNight at Sydney Motorsport Park on August 21-22.

The move to build a new car may seem a strange one considering Supercars is in its final year of the Gen2 regulations. However, the team is motivated to move up the pit lane for 2022 with a strong finish in the teams’ championship this year.

It will mark the first time Heimgartner has received a brand new chassis in his Repco Supercars Championship career.

That saw Rick Kelly receive a brand new chassis while Heimgartner’s car was converted from Altima to Mustang.

Speaking with Speedcafe.com, team co-owner Stephen Grove said the learnings from the team’s first year with the Ford Mustang package will be beneficial for the new build.

“We decided to build a new car, which we’ll roll out later on in the year,” said Grove.

“We just think it’s pertinent we can continue developing the car.

“It’s important that we continue to get the results and continue to move up the grid so we thought we’d build a new car and get it right and hopefully help the boys push up again.

“What Todd [Kelly] was able to do, going from Nissan to the Ford, he only had a very condensed time. We can make sure we get all those tiny one percent things right.

“That should help us at the back end of the year to roll out a new car and get some results with it.”

Kelly Grove Racing was among the teams forced to stay on the road for more than three months due to the coronavirus pandemic.

That saw the team unable to develop its Ford Mustang as planned.

A year into the programme, Grove said the addition of driver David Reynolds and engineer Alistair McVean alongside incumbents Andre Heimgartner and Dilan Talabani has seen the team take a step forward.

“Once it was built, then they were on the road for 100 days and getting back to the workshop and making improvements was really difficult,” said Grove.

“We thought it was pertinent to build a new car.”