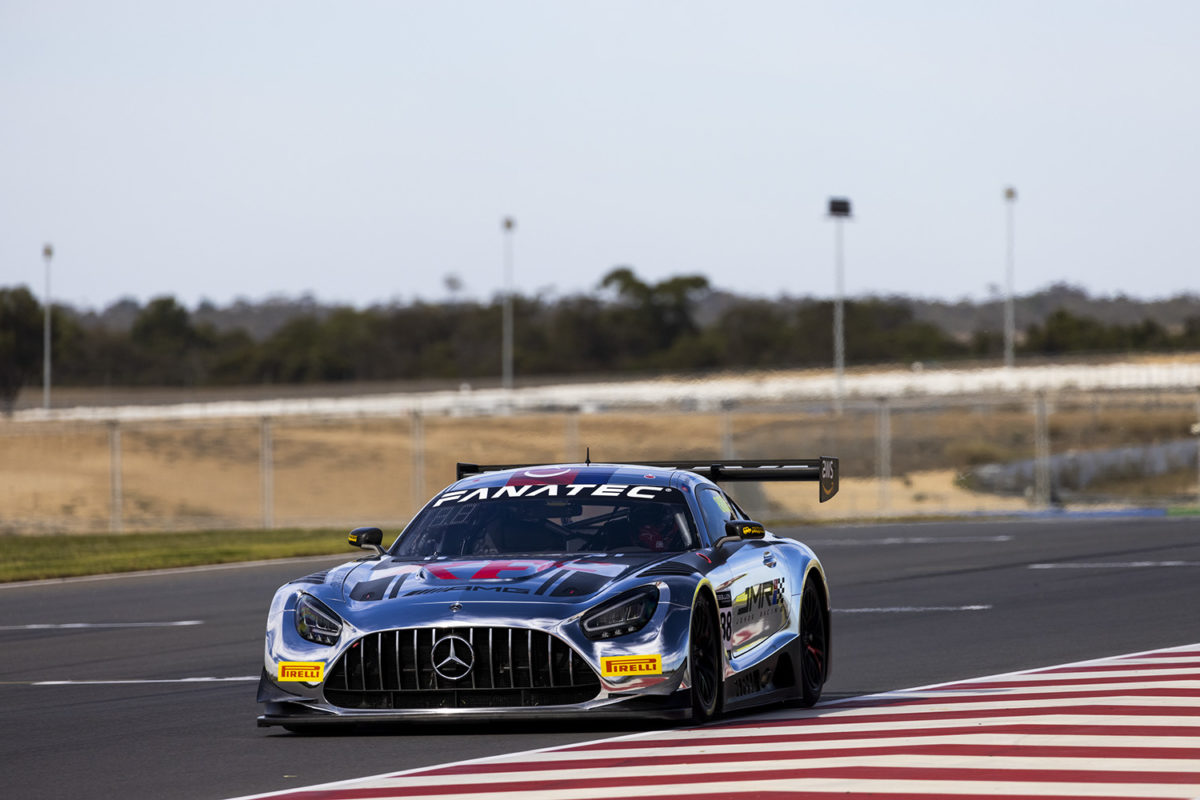 Feeney made a late improvement in the #888 Mercedes-AMG GT3 Evo he shares with Prince Jefri Ibrahim, topping Practice 2 on a 1:48.159s, the quickest time of the day.

That effort from Feeney was enough to pip the Grove Motorsport Porsche 911 GT3 R of Brenton Grove from the top of the timesheets by 0.4s to close out the afternoon session.

Championship leader Garth Tander made up third position in the #777 Audi R8 LMS GT3 Evo after his co-driver, Yasser Shahin had been an early pace-setter.

Both sessions had red flags, however, the stoppages were very short before the cars returned to the circuit.

GT cars will return to the track at the OTR SuperSprint for Qualifying at 15:25 local time.