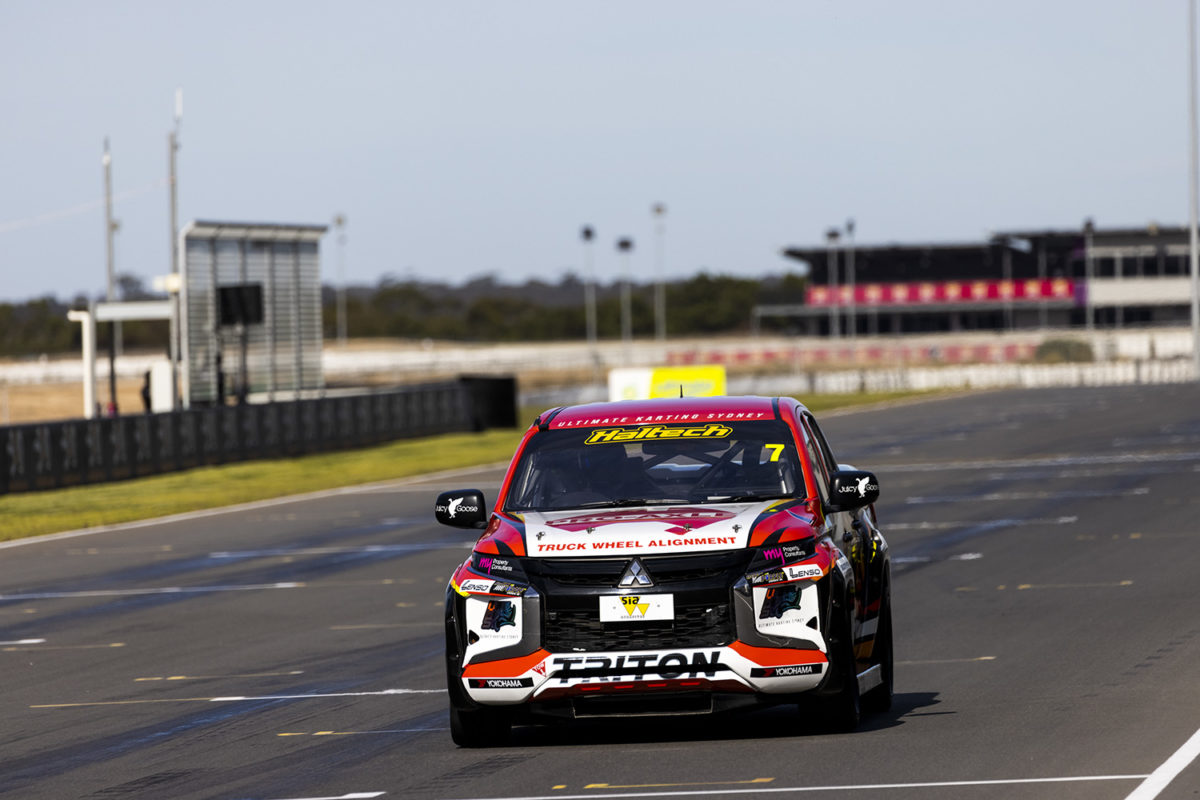 Cameron Crick has gone fastest in practice for Round 1 of the Haltech V8 SuperUte Series at The Bend.

The Sieders Racing Team driver set a 2:14.4817s which the chequered flag out in the second of two 20-minute sessions, almost half a second quicker than his personal best in Practice 1.

Crick was the only driver to better Ryal Harris’ opening session benchmark, a 2:14.7854s, after a red flag period interrupted Practice 2 due to Christopher Formosa stopping in the first sector with a small fire in the #49 Allgate Racing entry.

Harris was third-fastest in the latter hit-out with a 2:15.1739s in his Peters Motorsport entry, just behind Western Sydney Motorsport’s Ben Walsh.

In what is the first day at a race event for the V8-powered SuperUtes, the pace started out in the 2:19s in the morning before Crick and then Harris got into the 2:14s.

Christopher Formosa’s fire was quickly put out and is said to have caused only superficial damage, meaning he is set to return to the track when Qualifying starts tomorrow at 09:40 local time/10:10 AEST.