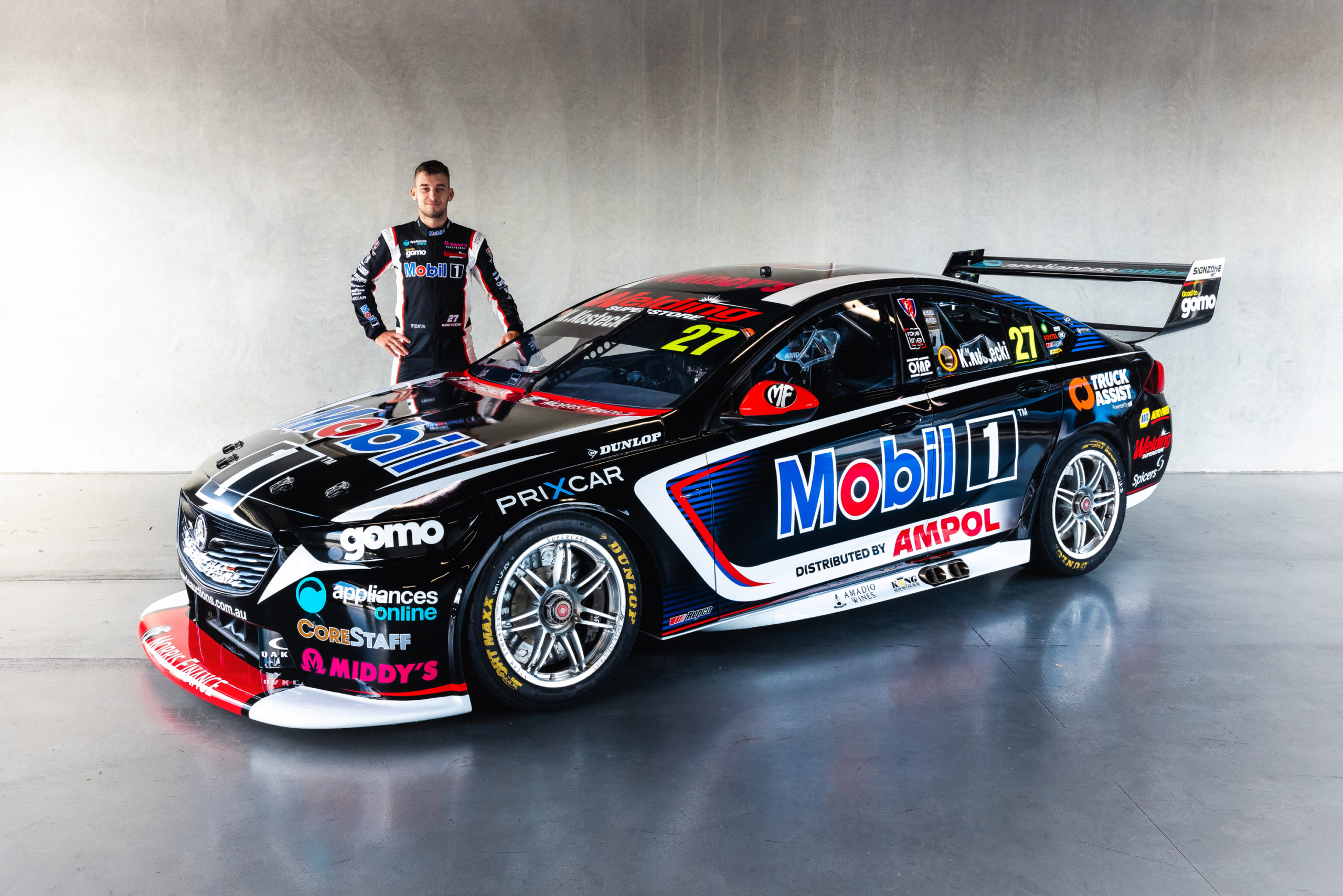 Walkinshaw Andretti United has taken the covers off its Mobil 1-backed entry that Kurt Kostecki will race in three Supercars wildcards this year.

Kostecki will don the #27 aboard his Holden ZB Commodore at The Bend Motorsport Park, Hidden Valley Raceway, and Wanneroo Raceway.

Mobil 1 branding flanks the sides and bonnet of the car dressed in a black, white and red colour scheme.

“I’m really excited to get out there this weekend with Walkinshaw Andretti United, and get this wildcard programme underway,” said Kostecki, who’ll run as a third WAU entry alongside regulars Chaz Mostert and Bryce Fullwood.

“It was nice to have the test day at Winton recently to get comfortable in the car and blow to cobwebs out.

“The format this weekend means that there won’t be any time to ease into things, but I cant wait to get out there and see how we go.”

It will mark the first time in Supercars history that the Kostecki family has had all three drivers in solo entries on the grid.

Kurt’s brother Jake will drive for Matt Stone Racing in the #34 entry while their cousin Brodie will race the #99 at Erebus Motorsport.

“Car #27 looks incredible, the Mobil 1 logo always looks so impressive on our cars, and it has serious presence even standing still,” said team principal Bruce Stewart.

“The way the design reflects both Chaz and Bryce’s car as well shows how we are approaching this wildcard programme, so it’s great to have three team cars this weekend.

“We are forever grateful of the loyalty and support shown to us from Mobil 1 over 28 years, their new distributor in Australia, Ampol, and of course, their wonderful distributor network across Australia and New Zealand.”

“We can’t wait to see how Kurt goes this weekend at The Bend, as well as in Darwin and Perth later this year.”

Experienced engineer Rob Starr will act as team manager for the wildcard entry, with Adam Austin acting as the #27’s race engineer.

Supercars will be on track at OTR SuperSprint tomorrow with Practice 1 from 08:45 (local time/ACST).