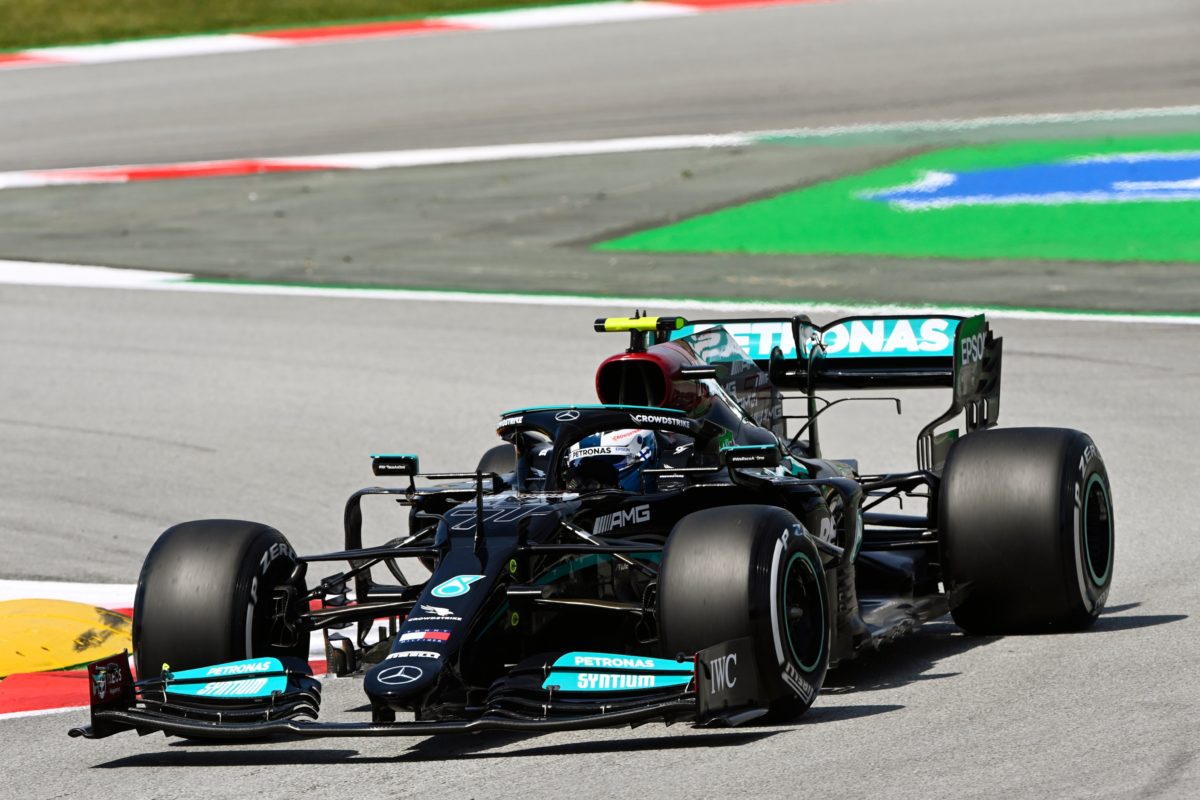 Valtteri Bottas has topped Free Practice 1 for the Formula 1 Spanish Grand Prix by less than a tenth of a second over Max Verstappen.

With the exception of Verstappen, the entire field headed out on track as the 60-minute session began, largely for installation laps.

Four minutes into proceedings, Nikita Mazepin had a half spin in the Haas, the rear end coming around as he exited Turn 7.

He was able to keep the car out of the wall, backing out of the gravel before carrying on.

Verstappen emerged with seven minutes run, quickly moving to the top of the timesheets with a 1:20.405s on a set of hard compound tyres.

Only Alonso had opted for the white-walled tyres in the early stages, the Spaniard sixth fastest after 10 minutes.

That saw the Alpine driver set a 1:19.950s to go fastest, 0.4s quicker than Verstappen had managed.

He was quicker still as he began the next lap, up in the first three microsectors, but a mistake at Turn 1 saw him abandon the lap.

Work at Williams saw Roy Nissany’s car on stands, with mechanics both under the car and working in and around the power unit.

The Israeli driver had taken over George Russell’s car for the session, recording the 15th best time in eight laps on track before returning to the garage.

On track, action settled down through the middle part of the session as drivers spent stretches in the garage.

Alonso was not among them, continuing to circulate on the soft compound tyre.

The 20-minute mark proved the cross over point when a handful of runners began to switch to the soft tyres, Sebastian Vettel and both Haas drivers going for the red-walled compound.

That saw Vettel go fastest with a tidy lap, lowering the benchmark to 1:19.234s.

It didn’t stand for long. Hamilton promptly bolting on a set of softs and stopping the clock at 1:18.808s.

Carrying on, Vettel bounced onto the kerbing at the exit of Turn 7, damaging his front wing in the process.

Though he had a moment through Turn 10, Bottas underscored Mercedes’ potential with a 1:18.838s.

Gasly climbed to third fastest as he recorded a 1:19.062s on a set of the softs, while Antonio Giovinazzi pedalled his Alfa Romeo to fifth.

Soon after, Norris began a flying lap, recording a 1:18.944s to slot into third.

Ricciardo too had improved, the Australian having languished towards the foot of the timesheets before recording a 1:19.732s to move up to ninth.

However, it was still well down on Norris, his McLaren team-mate some 0.8s faster.

With 16 minutes to run, the red flag was shown when Robert Kubica stopped in his Alfa Romeo.

The Pole had spun at Turn 10, burying the car usually occupied by Kimi Raikkonen in the gravel.

It was an innocuous spin, losing the rear mid-corner to end up buried in the gravel.

The clock continued to tick away during the stoppage, with the green flag flying with just under 10 minutes remaining.

A traffic jam formed at the end of pit lane in anticipation, the two Ferraris opting for the medium compound tyres.

Verstappen aborted his first effort after the restart after catching an Aston Martin midway around the lap.

He charged his battery and prompt went again next time around, recording a 1:18.537s.

Late in proceedings Bottas had a moment behind a Ferrari, skating over the grass at Turn 14 as he attempted to avoid clouting the rear of his red rival.

The session ended with the Mercedes driver fastest from Verstappen, with Hamilton third from Norris.

Leclerc and Sainz then followed ahead of Gasly, Vettel, Perez and Lance Stroll.

Perez’s last lap had been hampered by Ricciardo, who was only 14th best at the flag, while Alonso slipped to 15th having topped proceedings early on.

Practice for the Spanish Grand Prix continues at 23:00 AEST this evening.