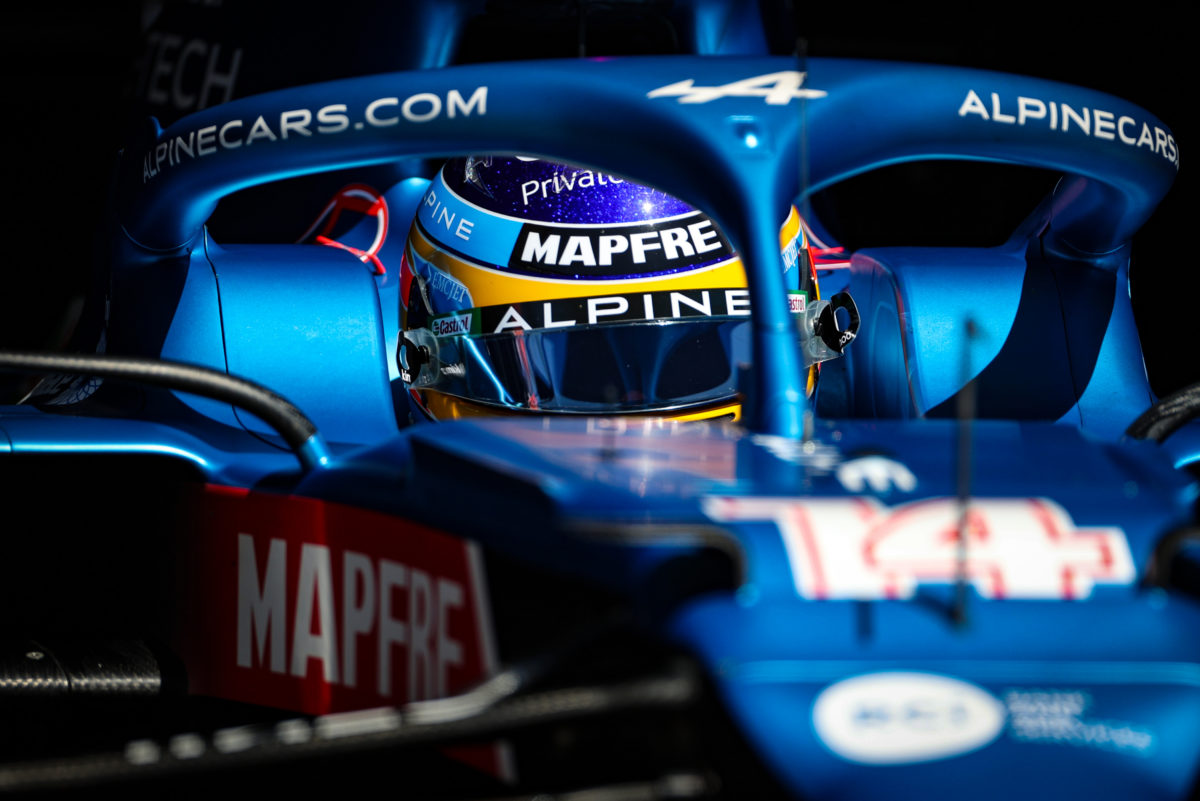 There is more to come from Fernando Alonso’s Formula 1 return after he suggested he’s not yet fully up to speed with the Alpine A521.

Last weekend’s Portuguese Grand Prix was something of a watershed moment for the Anglo-French squad after a tough start to the season.

In the latter stages of the race, Alonso demonstrated strong pace as both he and Esteban Ocon finished in the points.

It was the first time both cars had finished in the points on merit all season – the double-points result at the Emilia Romagna Grand Prix coming courtesy of a post-race penalty for Kimi Raikkonen.

“I don’t think so,” Alonso admitted when asked if he was now fully up to speed.

“Unfortunately, I think [there’s] still some time required to be 100 percent ready.

“I felt definitely more comfortable in the car, I feel better with team as well, better understanding of how the tyres behave over the long distances.

“We had another Safety Car, another restart, so there are new autonomies that you are creating and everything is getting a little bit easier.

“But you know, I’m sure I will be better on Sunday afternoon here in Barcelona than what I feel now on Thursday, and this is a natural progression I think.”

In Portugal, Alonso qualified 13th while Ocon was sixth on the grid.

“That was probably the only thing on the weekend that was not great,” he conceded.

“I think the Saturday performance in qualifying was not good enough, and with not a clear answer on that performance.

“So here, we are trying to investigate a little bit further that, and especially into Barcelona, Monaco, where the qualifying is quite important.

“It would be nice to have a clean Saturday and start higher on the grid.”

Alonso currently sits 12th in the drivers’ championship with five points to his name, while team-mate Ocon has amassed eight in the three races thus far.

The pair’s performances in Portugal saw them bank 10 points for Alpine, easily its biggest haul of the season so far as it leapfrogged ahead of both Aston Martin and AlphaTauri in the constructors’ championship.

Formula 1 this weekend returns to Spain, Alonso’s first F1 appearance on home soil since he finished eighth with McLaren in 2018.

“It’s always a special feeling racing here, always bring a lot of good memories and, and a lot of support from the fans,” he said.

“Unfortunately, we don’t have them this this weekend, we will have only a limited number.

Free Practice 1 for the Spanish Grand Prix commences at 19:30 AEST this evening.