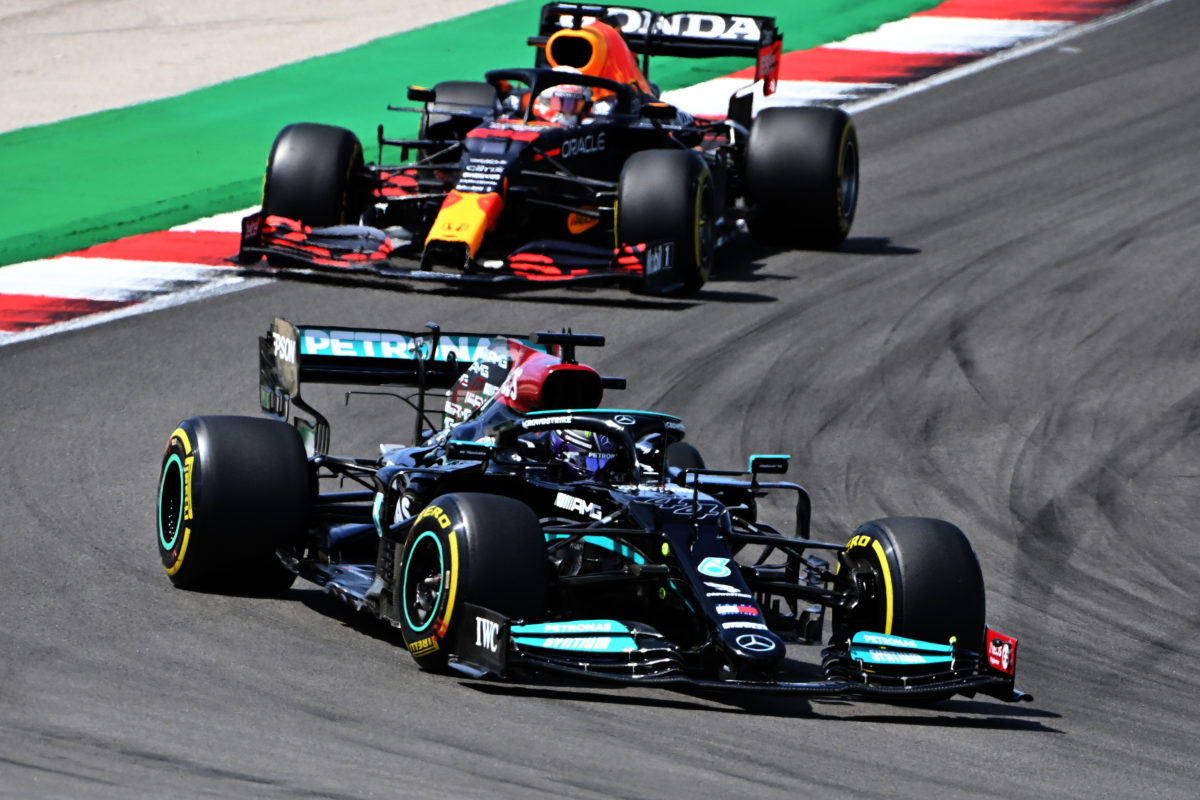 Max Verstappen expects the battle between Red Bull and Mercedes to remain close as Formula 1 this weekend heads to the Spanish Grand Prix.

Verstappen won the Emilia Romagna Grand Prix in Imola at Round 2, having narrowly missed out on victory at the season opener in Bahrain.

He then played second-fiddle to Lewis Hamilton again last weekend in Portugal to sit second in the drivers’ championship, eight points behind the Mercedes driver.

Their battle has been one of the talking points of the 2021 season as Red Bull looks to have closed to gap to all-conquering three-pointed star this year.

It’s a battle that looks set to continue, with Verstappen predicting more of the same in Barcelona this weekend.

“I think it can be a good track for us, but I do expect Mercedes to be very quick too so it’s going to be very close again and it’s just going to depend on who finds the best set-up,” he said.

“We know Barcelona is a normal track in terms of grip levels, unlike Portugal, so there we can see the real pace of the cars again.

“We are in a development race with Mercedes and we have to make sure we can keep this level for the rest of the season and keep improving every weekend,” he added.

“Even if you win, there are still so many things you can learn from a race weekend as nothing is ever perfect and we are looking at every aspect to stay in the fight.”

Sergio Perez seconded his team-mate’s opinion, suggesting that Red Bull should once again be towards the pointy end of the field.

“I think we should be in the fight right from the start. It is a very particular track, with very slow corners and then three and nine are high speed corners, so the key here is to find the right balance and to take care of the right-side tyres,” Perez said.

“The wind is also something to consider. It’s a very tricky circuit, but as I said, we should be competitive from the beginning and fight for the win.”

This weekend’s Spanish Grand Prix begins with Free Practice 1 from 19:30 AEST on Friday.