Ford, Chevrolet, and Toyota have revealed their new NASCAR Next Gen stockcars which will race in 2022.

Organisers of the Cup Series are hailing the ‘Rebirth of Stock’ with the debut of cars that bear a greater resemblance to their road-going counterparts.

The cars are shorter and wider with a slim profile to match the coupe-base.

That lower roofline also means NASCAR has adopted a digital rear-view mirror, something which is also being considered by Supercars for Gen3.

The cars are no longer made of sheet metal, instead, a durable composite has been developed that will allow for heavier contact with other competitors and walls. 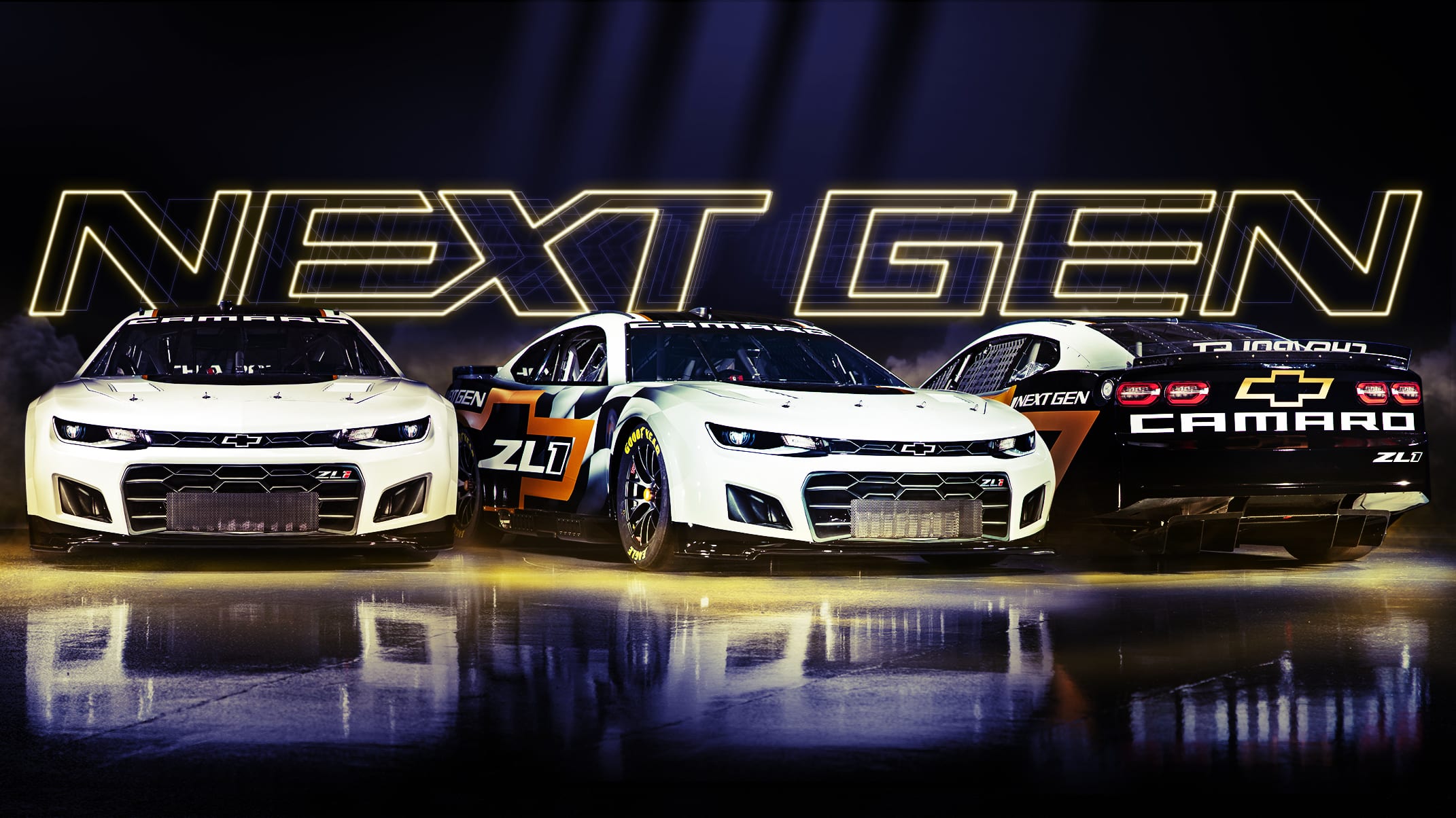 The Next Gen Chevrolet Camaro

The new cars are said to be less aerodynamic dependent.

The Next Gen cars feature a new front splitter, flat underbody, and a rear diffuser to channel air underneath and reduce the aerodynamic wake or ‘dirty air’.

The new-look Cup Series car sees a shift away from some of NASCAR’s more traditional elements.

Gone is the four-speed H-pattern gearbox and in is a new five-speed sequential.

Similarly, the 15-inch five-stud wheel has been replaced by an 18-inch wheel with a single captive nut along. 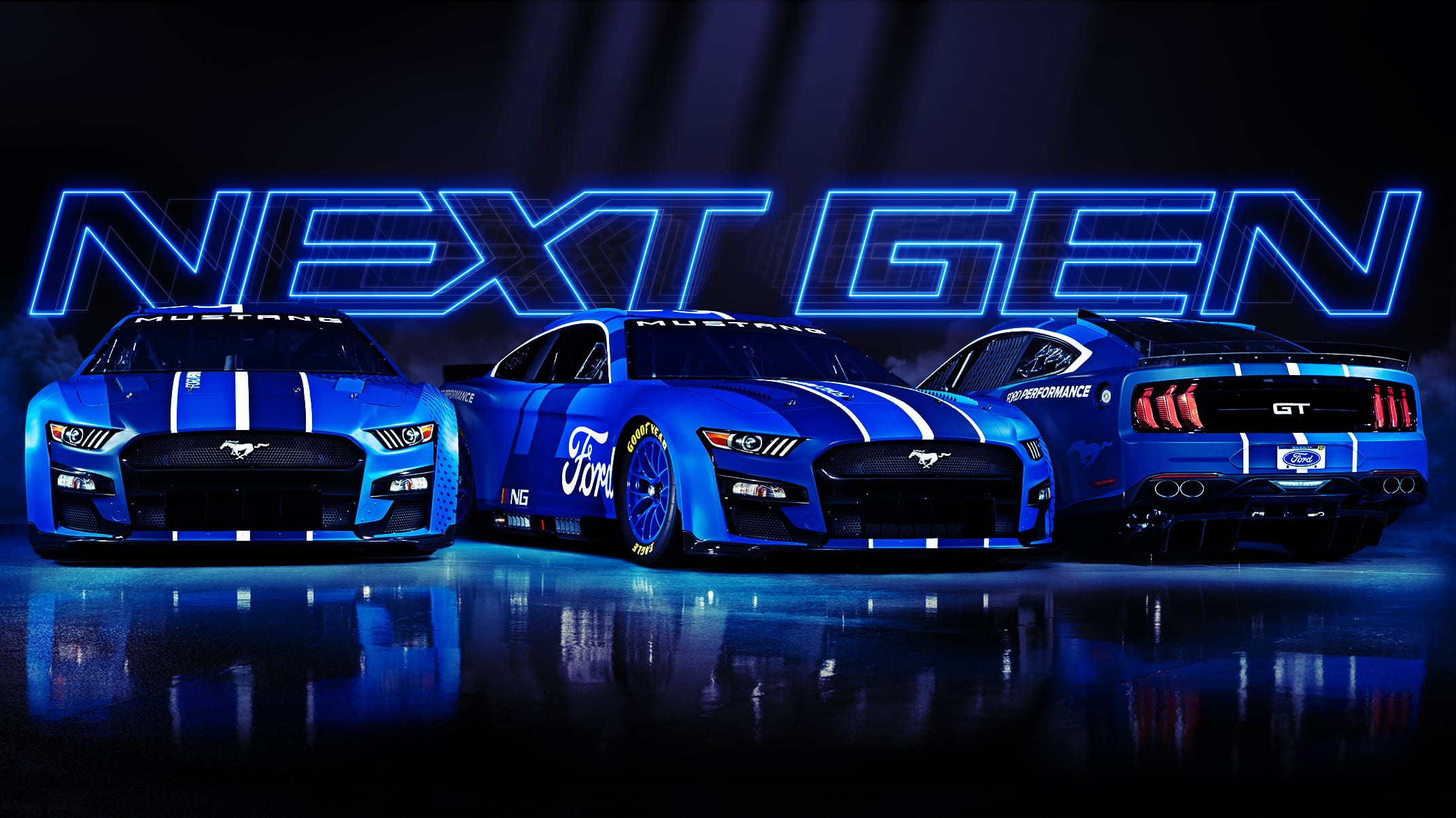 The Next Gen Ford Mustang

A bigger tyre will also put a greater emphasis on mechanical grip, which has been widened from 10 inches to 12.

An independent rear suspension set-up replaces the solid rear axle. Next Gen cars will no longer have a track bar for adjustments.

Teams will tune their cars with five-way adjustable dampers and there will be a travel limiter to retain the higher ride height. 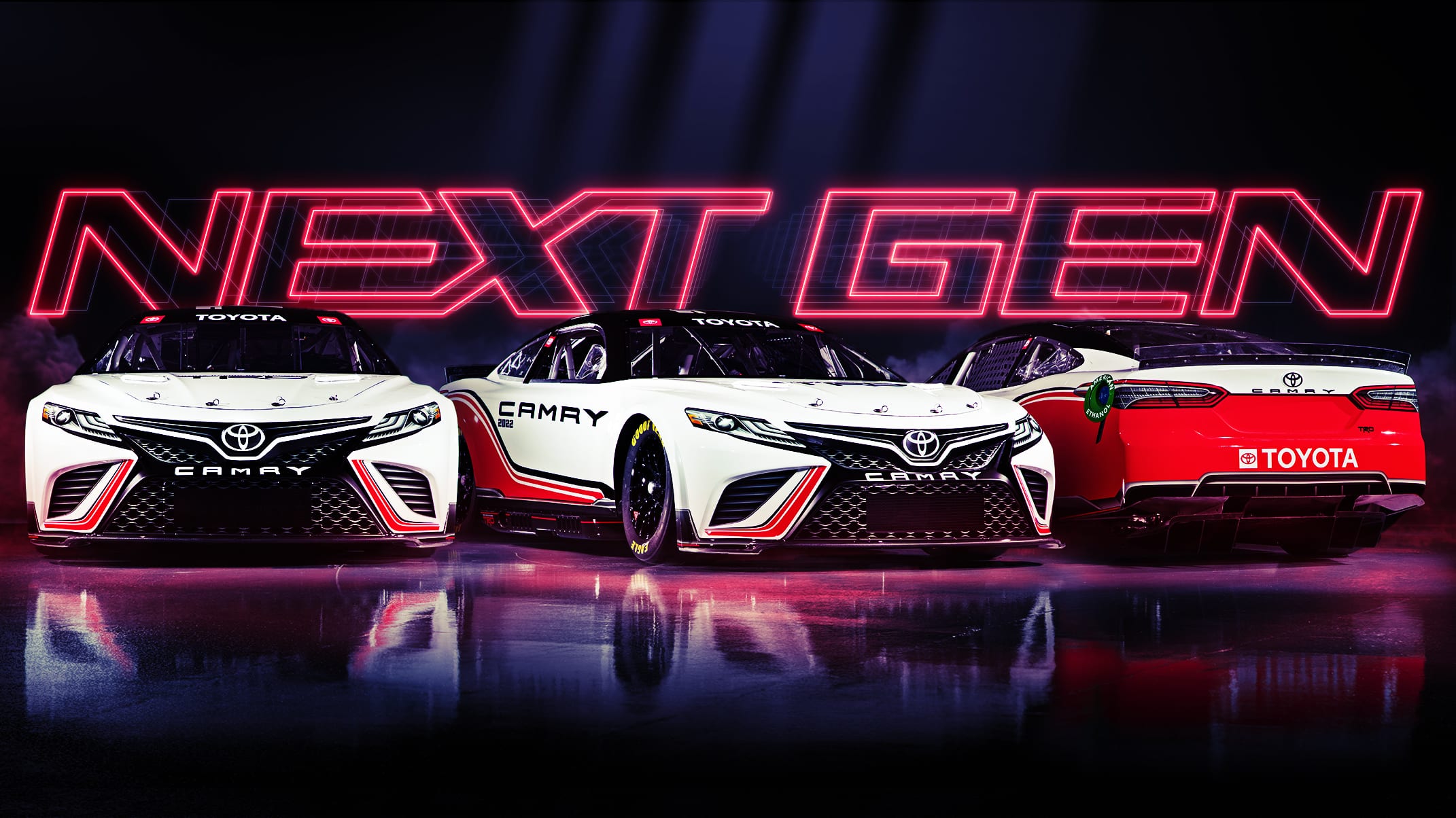 The Next Gen Toyota Camry

“If you look at where Gen-6 is today, there’s a big component of it that’s around wind tunnels and simulation,” said Probst.

“And while that will always be in our sport and rightfully so, we felt like we needed to have that at a level that’s commensurate with the amount of attention that the fans get out of it.

“We don’t sell tickets to the wind tunnel or to watch engineers run simulations, so just trying to keep things focused on the race track.

“I think now that the range of adjustment (teams) will have on a week-in, week-out basis will exceed what they have as an opportunity with the hardware they’re running today.”

NASCAR has undertaken extensive testing with its Next Gen mule. The prototype has completed 12 tests at several superspeedways and short ovals.