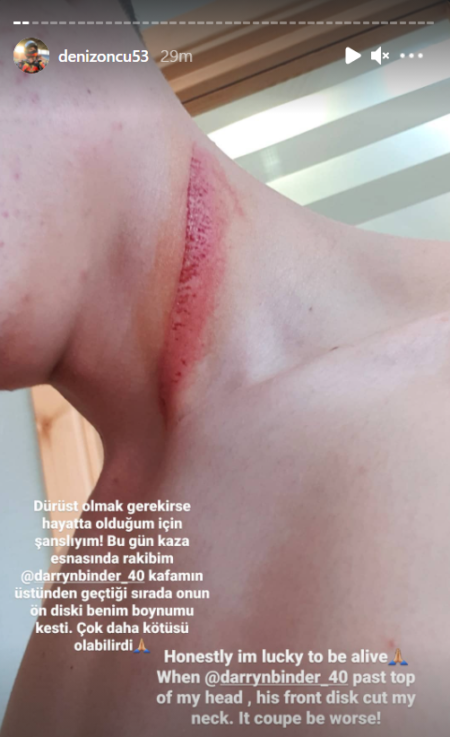 Moto3 rider Deniz Oncu has revealed how close he came to death in the multi-bike crash at the last corner of the Spanish Moto3 Grand Prix.

Oncu was vying for victory when he clamped the front of his Tech3 entry and crashed at Curva Lorenzo.

The Turk’s #53 machine initially took down Jaume Masia’s own KTM due to contact with the rear wheel, then wiped out the front wheel of Darryn Binder’s Honda.

Oncu, however, remained attached to his bike as it pirouetted on the deck, and his neck was cut open by Binder’s front brake disc.

“Honestly, I’m lucky to be alive,” he wrote on Instagram, where he posted a photograph of his neck.

“When Darryn Binder went past [the] top of my head, his front disc cut my neck.

“It could have been worse!”

Oncu apologised to both Masia and Binder, to the former in his garage and to both on social media, for the incident.

Masia’s Red Bull KTM Ajo team-mate, Pedro Acosta, was just ahead of the carnage and picked up this third race win in a row. 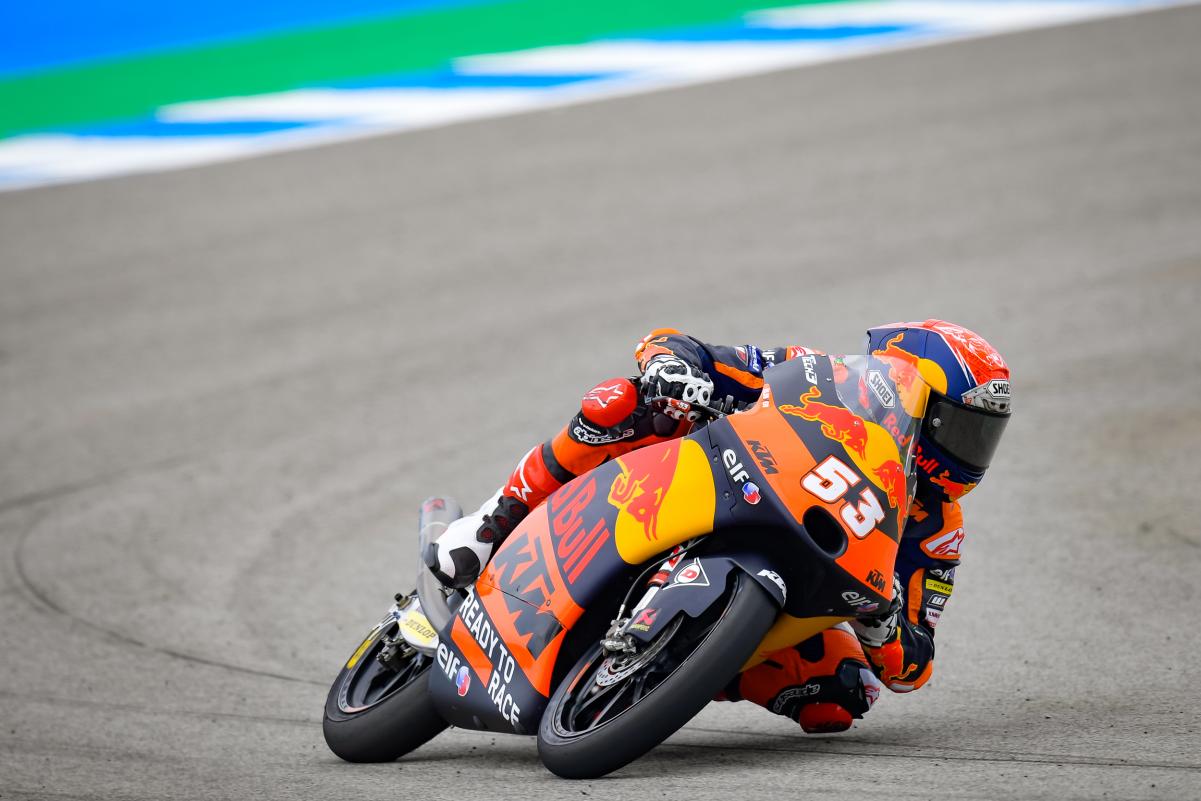