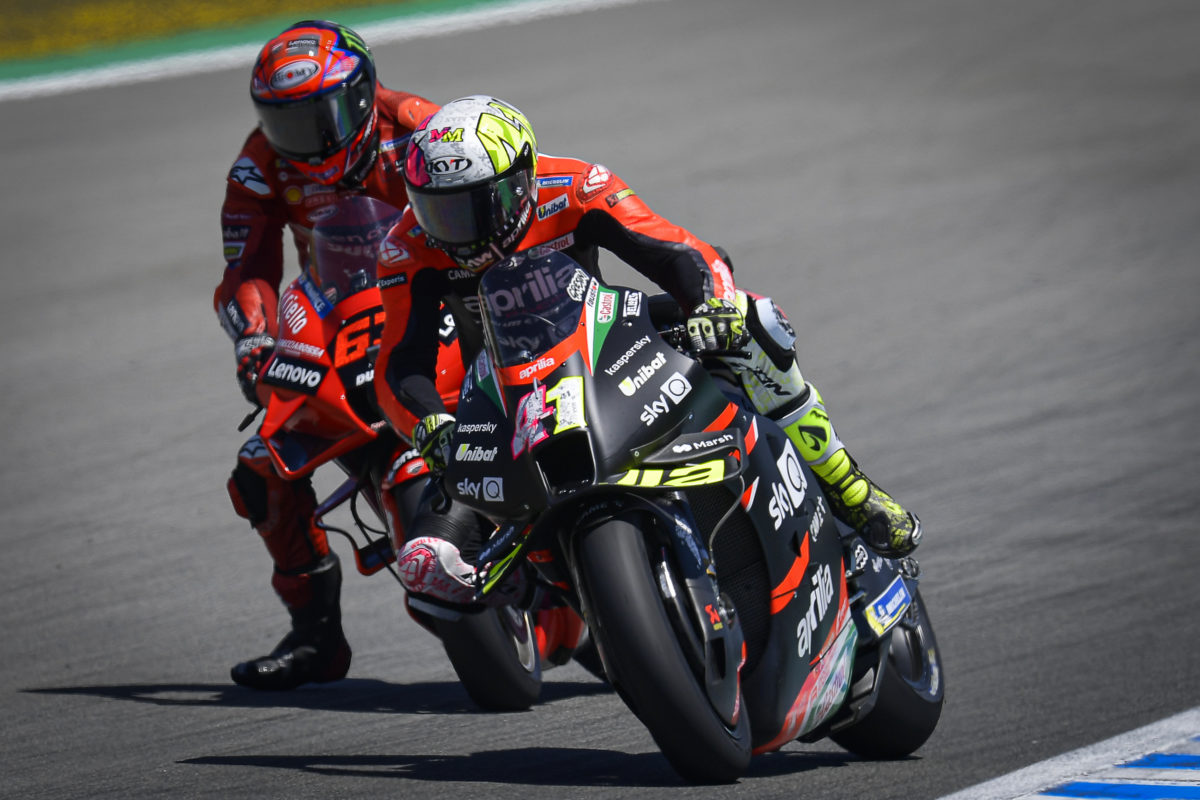 Aleix Espargaro is the latest MotoGP rider who will go into surgery to correct arm pump.

The Aprilia rider completed only 12 laps in Monday’s post-race test at Jerez due to the ailment, before undergoing scans in Barcelona.

It has now been confirmed, via La Gazzetta dello Sport, that Espargaro will be operated on.

However, that will take place after the French Grand Prix, which will be held from May 14-16, due to health protocols related to the COVID-19 pandemic.

Espargaro is therefore set to become the second MotoGP rider to undergo such a procedure after Fabio Quartararo did so earlier this week.

The Yamaha rider held a seemingly comfortable lead in the Spanish Grand Prix before sinking to 13th at the finish due to the issue.

Ironically, the eventual winner at Jerez, Ducati’s Jack Miller, was operated on for the same problem between the Doha and Portuguese Grands Prix, as was Tech3’s Iker Lecuona.

Espargaro is currently seventh in the championship, 10 positions higher than that in which he finished the 2020 campaign.