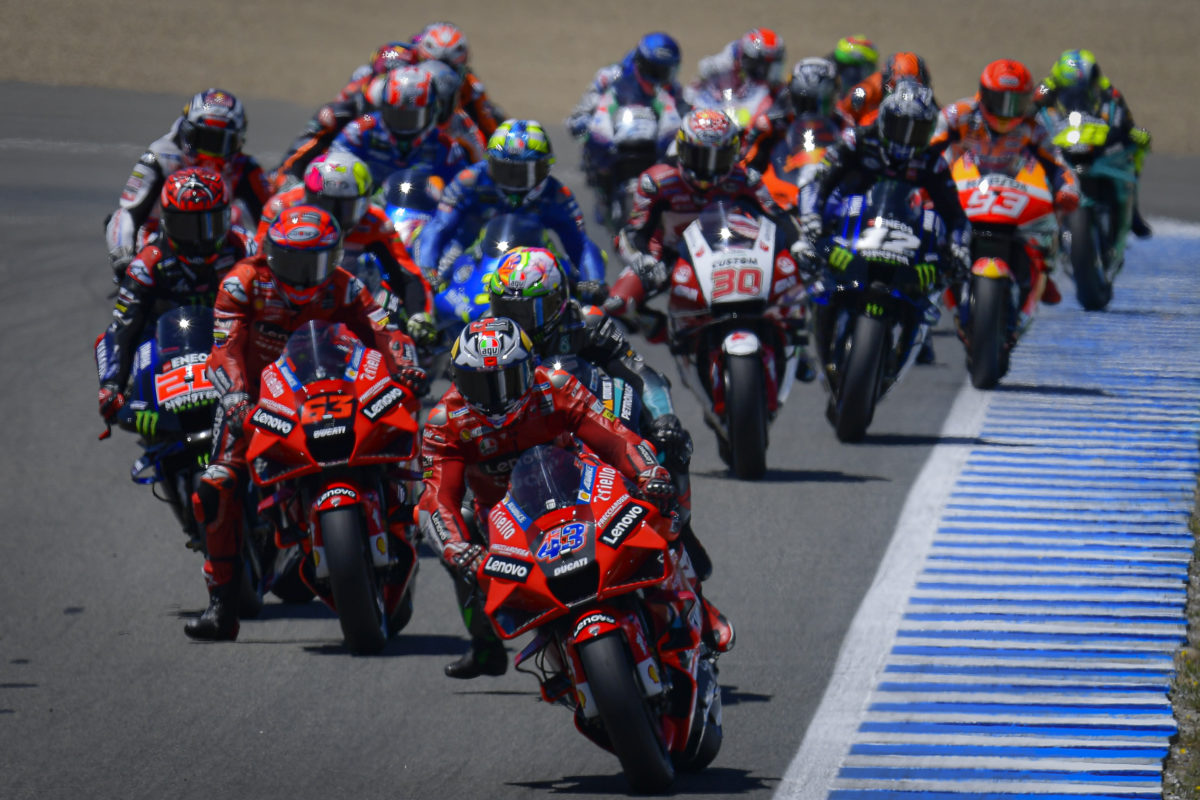 Jack Miller is highly likely to earn a contract renewal at Ducati after his Spanish Grand Prix win, based on comments from sporting director Paolo Ciabatti.

The Queenslander was already a contracted Ducati rider when he earned a promotion to the factory team for this season, after three years at Pramac Racing.

His current deal, however, only guarantees 2021, with the manufacturer holding an option for 2022.

Ciabatti was equivocal when asked if Miller’s renewal is now a foregone conclusion, but suggested the 26-year-old has done himself no harm.

“He is a rider we want to stay with Ducati,” the Italian told GPOne.com.

Miller is one half of an all-new pair of race riders at the Ducati Lenovo Team, the other being Francesco Bagnaia, replacing Andrea Dovizioso.

Ciabatti said ahead of Round 1 that he believed there to be “no shortcomings” in the 2021 line-up compared to that which preceded it, but one of those new factory riders had a far from satisfactory start to the campaign.

While Bagnaia finished on the podium twice in the first three races, Miller went ninth, ninth, and DNF, a run of results which he admitted left him “in the trenches”. 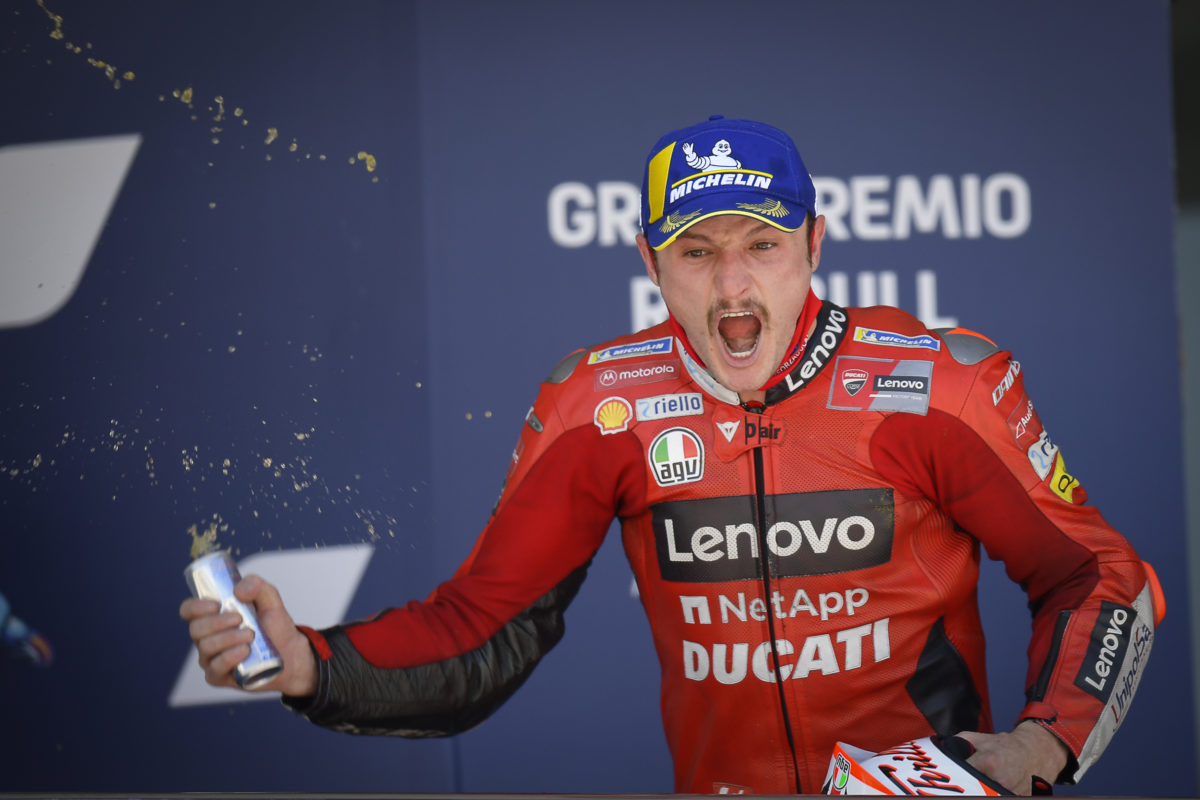 Miller celebrates after his win

Ciabatti nevertheless did not doubt #43.

He pointed to Miller’s performance in pre-season testing at the Losail circuit, and then the arm pump which afflicted him in Round 2 at the same circuit.

Ironically, it was also arm pump which caused Fabio Quartararo to plummet from a seemingly comfortable lead to a finish of 13th as the Australian won at Jerez.

“For our part, there has never been any doubt because we think [Miller] is a very talented rider,” said Ciabatti.

“Furthermore, like so many riders who had compartment syndrome [arm pump] problems at Jerez, including Quartararo who otherwise would have been a very difficult opponent to beat, Jack had it in Qatar and his results had been determined by this.

“In Portimao [Round 3], he was not at 100 percent, he had only had an operation eight days before, and that crash had put him in a difficult situation, after some excellent winter tests.”

Miller’s triumph lifted him from 12th in the championship to sixth and is said to have prevented him from slipping into a ‘negative spiral’.

“He himself had put himself in a situation that could have been very negative,” added Ciabatti.

“This victory, in addition to rewarding his work has brought him out of this spiral, which could have had negative effects.”

Bagnaia leads the championship despite having not yet won a MotoGP race in his career, ahead of Round 5 at Le Mans on May 14-16.