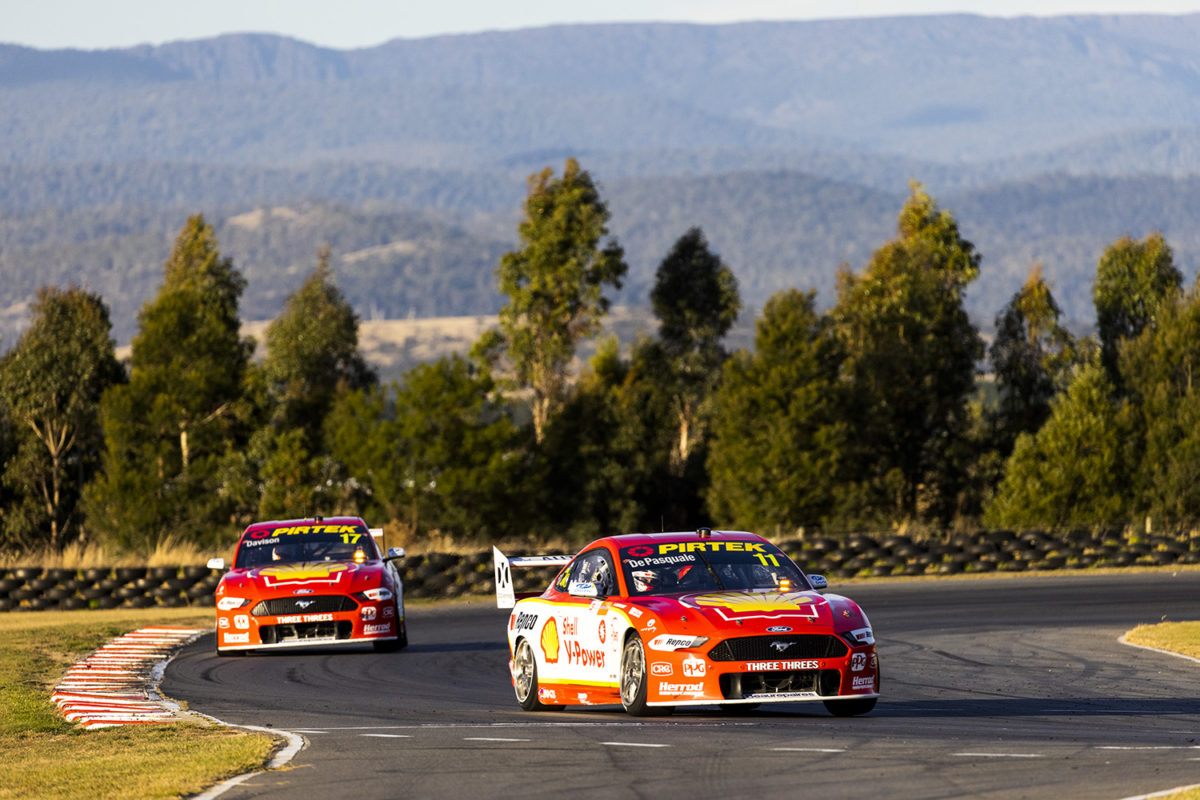 Shell V-Power Racing Team CEO Ryan Story has vowed to leave no stone unturned in their quest for success in the 2021 Repco Supercars Championship.

More broadly known as Dick Johnson Racing, the team won the past three drivers’ titles with Scott McLaughlin before the Kiwi’s departure to the United States to compete in IndyCar.

With a changing of the guard, as Anton De Pasquale and Will Davison succeeded McLaughlin and Fabian Coulthard, came a testing initiation.

Positive glimpses at Mount Panorama were followed by a difficult second round at Sandown, after which McLaughlin came to the team’s defence in response to a flurry of negative comments from fans.

DJR wasted no time in bouncing back, with De Pasquale and Davison taking four podiums between them at the Tasmania SuperSprint last month.

“I mean we weren’t alarmed after Sandown,” Story told Speedcafe.com ahead of the OTR SuperSprint at The Bend Motorsport Park this weekend.

“We knew there was a lot of work to do but we weren’t alarmed by it, and the way that we bounced back from Sandown into Tassie I think was the right way to do it.

“And that’s what we have to do – we have to continue to do our best talking on the race track.

“We’re an organisation that has won the last three championships, so we have an appetite for success and a hunger for it, and we’re going to keep doing everything we can until we’re back on the top step of the podium.”

With that is recognition that plenty more work is required, especially given the way arch-rivals Triple Eight Race Engineering have burst out of the blocks this year.

“We’re under no illusions about the fact that when you change both of your drivers – and one of those drivers is Scott McLaughlin – it takes a little bit of time to get back to that level,” Story said.

“It’s not a matter of expecting success. We know we have to keep working towards it.

“And as the old adage goes, you’re only as good as your last race. We have to continue to try to be competitive at the front of the field and get as many podiums as we can, and ultimately race wins.”

Story, who will return to the Supercars paddock this weekend, reserved praise for his new driver combination.

Davison is fifth in the championship, three places ahead of De Pasquale.

“Will and Anton have done a great job,” added Story.

“They have fitted into the team really well, they’re both incredibly committed to the organisation and what we’re doing… we’re delighted with both of them.

“We have got a really great team here. We’re really pumped about the future and what we’re going to be able to achieve together.”

The Bend has been kind to DJR in recent years, with McLaughlin and Coulthard winning six of eight races at the South Australian venue across 2019 and 2020.