Wickens back in a race car after accident

Wickens back in a race car after accident 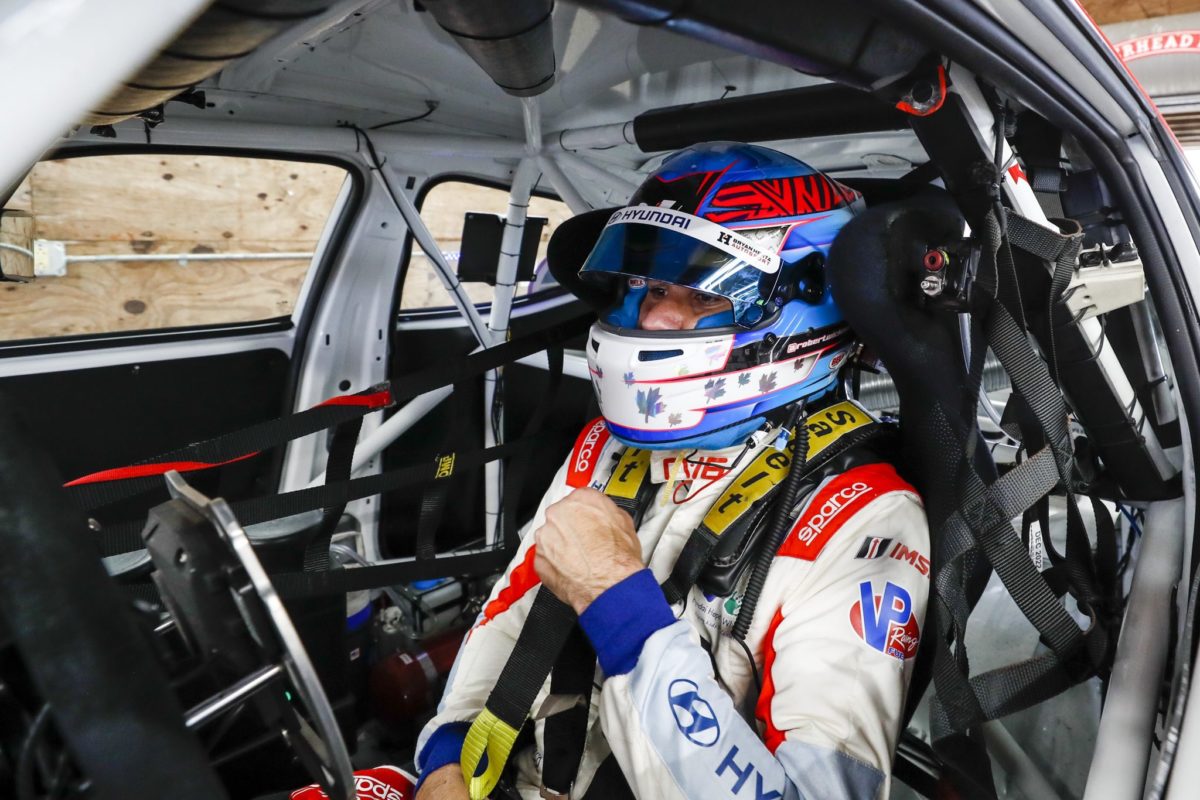 Robert Wickens turned his first laps in a race car since suffering spinal cord injuries in an IndyCar accident less than three years ago.

BHA’s Hyundai is already fitted with hand controls for the paralysed Michael Johnson, who competes in IMSA’s Pilot Challenge series.

Wickens was paralysed in an horrific crash during an IndyCar Series race at Pocono Raceway in 2018, with Tuesday’s outing marking a big step in his rehabilitation process.

The 32-year-old completed 25 laps of the 2.2-mile (3.6km) road course as part of an all-Hyundai track day, which took place in mixed conditions.

“It’s been an amazing day so far,” said Wickens.

“The weather hasn’t been super kind to us. It was a little damp to begin with; it rained overnight and it’s been changeable all day but nevertheless, it’s been just a blast.

“I can’t thank Bryan Herta Autosport, Hyundai and Michael Johnson. It’s not every day that someone can lend you a race car to take an item off your bucket list. It’s been a great day so far.

“There was a lot of emotions once I was able to put my visor down and get back on a race track again.

“The whole week up leading to this… It wasn’t so much nerves.

“There was a lot of excitement and anticipation for this and then once I put a suit on again and started putting in the earpieces, the balaclava, the helmet, it just all went out the window and [felt] like business as usual.

“Once I got back out on track it was a slightly different story.

“Obviously the hand controls that Michael Johnson uses and the Hyundai Veloster is brand new for me, so learning that on a wet track wasn’t without its difficulties.

“We took it step by step and slowly chipped away at getting quicker and quicker.” 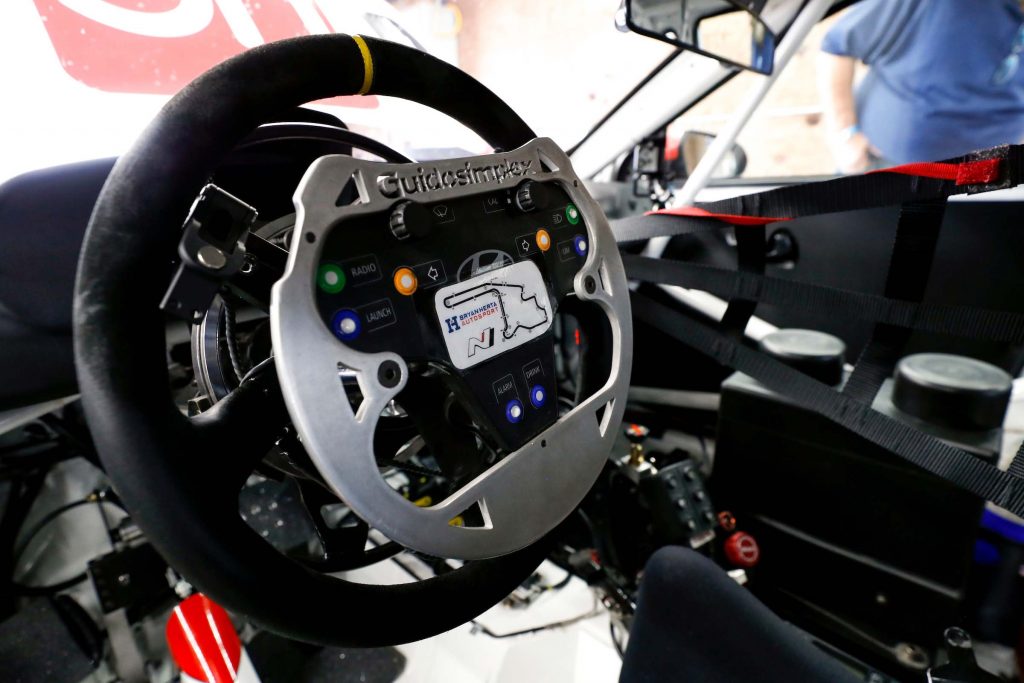 Wickens utilised Johnson’s specially designed steering wheel (pictured above) to operate the car, with a large ring on the front for the throttle and a similar ring on the back to control the brake.

Separate buttons handle the gear shifts, while there is also a lever-controlled clutch.

“That’s the hard thing with accessibility is that there’s no textbook on it,” Wickens added.

”It’s not like the gas is on the right side and brakes on the left like almost every car in existence.

“There’s been a lot of mental focus that goes into it to pre-plan what I’m doing with my hands before I get to the next corner.

“It’s slowly starting to take shape where I’m having to think less and less about it.”

The accomplished open-wheel driver has no firm plans to return to racing beyond Tuesday’s test but said he is open to a lot of options.